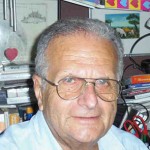 Igor Aleksander is an Emeritus Professor in the department of Electrical and Electronic Engineering at Imperial College in London. There he holds the active post of Senior Research Investigator. He has been working in artificial intelligence since the 1970s, creating the worlds first neural pattern recognition system in 1981 and studying machine consciousness during the last 15 years. He won the Charles Babbage medal from the UK Institute of Electronic Engineers in 1962, a lifetime achievement award for contributions to informatics from the UK Institute of Electrical and Engineers in 2000, and the John Taylor award for exceptional contributions to neural networks by the Brazilian computing community in 2013, and is a Fellow of the Royal Academy of Engineering in the UK.