Representative Alexandria Ocasio-Cortez recently began sounding the alarm about the potential pitfalls of using algorithms to automate human decision-making. She recently pointed out a fundamental problem with artificial intelligence (AI): “Algorithms are still made by human beings… if you don’t fix the bias, then you are just automating the bias.” She has continued to raise the issue on social media.

Ocasio-Cortez isn’t the only person questioning whether machines offer a foolproof way to improve decision-making by removing human error and bias. Algorithms are increasingly deployed to inform important decisions on everything from loans and insurance premiums to job and immigration applications.

However, numerous examples show that machines don’t necessarily fix our biases – they mirror them. If we’re not careful, they can further entrench existing disparities… [A]lgorithms can only make things fairer if we pay close attention to how they replicate systemic social biases and how they benefit and harm different groups of people…

Read the full article at The Hill.

This article was produced by Footnote in partnership with the Berkman Klein Center for Internet & Society at Harvard University. It shares research from the center’s Privacy Tools Project and Ethics and Governance of AI Initiative. 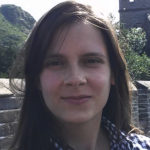 Alexandra Wood is a Fellow at the Berkman Klein Center for Internet & Society at Harvard University. As a contributor to the Privacy Tools for Sharing Research Data project, she explores new and existing legal and regulatory frameworks for data privacy and develops legal instruments to facilitate the sharing and use of research data while preserving privacy, transparency, and accountability. She has a J.D. from George Washington University Law School, an M.P.P. from the University of Southern California, and a B.A. in economics from Reed College. 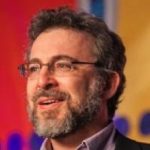 Director of Research and Head/Scientist, Program on Information Science
MIT

Dr. Micah Altman is Director of Research and Head/Scientist of the Program on Information Science for the MIT Libraries at the Massachusetts Institute of Technology. He is also a Non-Resident Senior Fellow at The Brookings Institution and a member of Harvard University's Privacy Tools Project, a multidisciplinary effort to advanced understanding of data privacy issues. Micah's research focuses on the intersections of information, technology, privacy, and politics, as well as on the dissemination, preservation, reliability and governance of scientific knowledge. He earned a Ph.D. in Social Science from the California Institute of Technology.