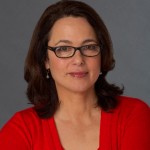 Jessica Stern is a Lecturer in Government at Harvard University, a Fellow at the FXB Center for Human Rights at Harvard’s School of Public Health, and an Advanced Academic Candidate at the Massachusetts Institute of Psychoanalysis. She is also a member of Hoover Institution’s Task Force on National Security and Law. She is the author of Denial: A Memoir of Terror, selected by the Washington Post as a best book of the year; Terror in the Name of God: Why Religious Militants Kill, selected by the New York Times as a notable book of the year; The Ultimate Terrorists; and numerous articles on terrorism and proliferation of weapons of mass destruction. She is a fellow of both MacDowell and Yaddo artists’ colonies. In 2009, she was awarded a Guggenheim Fellowship for her work on trauma and terror, as well as an Erik Erikson Scholarship. She served on President Clinton’s National Security Council Staff in 1994-95. Stern was selected by Time Magazine in 2001 as one of seven thinkers whose innovative ideas “will change the world.” Stern advises a number of government agencies on issues related to terrorism and has taught courses for government officials. Stern is a member of the Trilateral Commission and the Council on Foreign Relations. She was named a Council on Foreign Relations International Affairs Fellow, a National Fellow at Stanford University’s Hoover Institution, a Fellow of the World Economic Forum, and a Harvard MacArthur Fellow.

Terrorist fighters, ideas, and techniques cultivated during the war in Iraq are making their way to Syria.