We live in four dimensions. The three dimensions of space that we can see with our eyes and touch with our hands. And the fourth dimension of time, which, since we have no special sense organ to perceive it, is practically invisible to us. Since at least 3,000 B.C.E. humans have searched for ways to ‘see’ time. Using sun clocks, they watched time move over the ground in slow predictable patterns. Later, golden arrows danced neat one-minute circles on people’s wrists and walls.

This focus on measuring and visualizing time often leads us to forget the wonderful timekeeper we carry within us: our internal clock, which ticks away days and seconds surprisingly well. How does our brain construct this sense of time, if it has no direct way to perceive it?

The Ticking of Our Internal Clock

On July 16, 1962, French geologist Michel Siffre descended into a cave in the French Alps to camp for two months without light or a watch.1 Although his primary motivation was to study the cave’s geology, the fact that he decided to leave his watch at home made him the founder of a new field of science: chronobiology. During his two months in the dark, Siffre conducted simple tests on himself and logged his activity patterns. Analysis of these logs showed that he had kept to a rigid sleep-wake rhythm of 24 hours and 31 minutes, almost exactly the same as the day-night cycle of the earth. Seemingly, something in his body ticked away the days despite the lack of sun.

Less than ten years later, geneticists Ronald Konopka and Seymour Benzer discovered a gene they called period.2 Period’s activity naturally rises and falls over a 24-hour cycle, suggesting that it is an internal measure of day and night. Indeed, Konopka and Benzer found that flies with alterations in this gene had abnormal sleep patterns. In the mammalian brain, period and similar genes are expressed in an area called the suprachiasmatic nucleus, which translates the activity of these genes into a sleep-wake pattern that is communicated to the rest of the brain and body.3

However, as Michel Siffre discovered, our timing is not perfect. The human internal clock cycles 31 minutes longer than it takes the earth to spin. To compensate, feedback from specialized daylight detection cells in our eyes constantly help the suprachiasmatic nucleus stay in sync with the outside world. Interestingly, most organs in our body are regulated by their own period cycles.3 Perhaps this is the reason why jet lag causes us to feel a little ‘off’ for a couple of days, even after we have recovered our normal sleep and light exposure patterns.

According to neuroscientist Dean Buonomano, “There is no problem of time. There are many, many, many problems of time.”4 What he meant is that we experience time in so many different intervals – a split-second movement, the rhythm of a day, the slow crawl of the years – that there can be no single way of representing it in the brain. Since gene transcription is a slow process, the period gene covers the day-night cycle well. However, it cannot represent the fast, variable timescales that we need for activities like sports or music. These shorter intervals are mostly handled by the basal ganglia.

To select the right behaviors, the basal ganglia need to learn which actions lead to good outcomes, a feat that requires mentally connecting actions with events happening later in time. How exactly they do this is still unclear, but we do know that it involves a ‘starting shot’ and a ‘stopwatch’. The starting shot is created by a select group of neurons in the basal ganglia that release dopamine. Every event or action that predicts a reward – for example, opening a bag of chips or flirting with a handsome stranger – leads to an activity burst in the dopamine neurons. These bursts of dopamine subsequently unleash a whole cascade of other neural activity, which functions a bit like a stopwatch: patterns early in the cascade signal short intervals, while later patterns signal longer intervals.

Since the cascade of neural activity follows a predictable course, the basal ganglia can use it to measure the time between actions and outcomes and, therefore, to associate certain rewards with certain actions. Scientists have been able to identify traces of this ‘stopwatch’ in the basal ganglia in several studies.7,8,9 For example, a recent study found that neurons in an area called the striatum consistently became active at their own specific part of the interval. Together, the activity patterns of these cells spanned the whole interval, which could be up to 1 minute long – a century for neurons whose activity lasts only 1 millisecond!9

Time Flies When You’re Having Fun

Einstein is often credited with saying, “When you sit with a nice girl for two hours you think it’s only a minute, but when you sit on a hot stove for a minute you think it’s two hours.” At first, the link between emotions and time perception seems strange, until you realize that both time and positive rewards are represented by dopamine activity in the basal ganglia.

Neuroscientists have experimented with dopamine-targeting drugs to test this possible interaction and found that drugs mimicking dopamine, such as methamphetamine and cocaine, speed up time perception considerably.10,11 Furthermore, Parkinson’s disease, which destroys a big part of the brain’s dopamine neuron population, throws off people’s ability to estimate time intervals. Giving Parkinson’s patients the medicine L-dopa, a dopamine-like molecule, brings their time estimation back to normal.12

The Parkinson’s findings are important because, unlike people on mood-altering drugs such as cocaine, people with Parkinson’s disease are not consistently more or less happy than the average person. The experiment shows that it is the dopamine itself, and not a person’s emotional state, that causes time perception to change. It just so happens that feeling happy can also change dopamine levels in the brain, thereby speeding up or slowing down time.

Is the World Speeding Up?

In the early 1800s, Estonian biologist Karl Ernst von Baer developed a thought experiment called “The Minuteman,” in which he imagined a man whose entire life was shortened to a mere 40 minutes.13 “Every sound we hear would surely be inaudible for him… maybe he would actually hear the light that we see,” wrote von Baer. He also imagined this man’s life lengthened by a thousand fold: “He would not be able to register the sun, but perceive it like a glowing piece of coal spinning around and around in a bright ring, he would see it only as an illuminated arc in the sky.”

With his thought experiment, von Baer showed that everything we see and hear depends on our perception of time. He argued that time is subjective and that every animal experiences the world in its own time frame. What this suggests is that we experience the world in a time frame that is relevant to us as humans and that meets our evolutionary needs. Indeed, our own human time perception appears well adjusted to the world around us. The gene period closely matches the day-night cycle, preparing our body for sleep and wake. The basal ganglia quickly adapt our actions to the time scales of the world, allowing us to catch a fish, dance a waltz, or run a race.

Our brain has its own set of clocks that match the rhythms of the world. So what happens if we become the world? Most of our interactions today are with other humans or with human-designed technology. The rhythms we sync up with are ones we create ourselves and, in the past few decades, we seem to have been speeding up. Movies and music are more action-packed, trends come and go in a matter of days, and our attention flits from device to device and webpage to webpage.

As Robert Coleville writes in his book The Great Acceleration, “What single quality best defines how our society is changing? Is it that life is becoming fairer, or more equal, or more prosperous? No… it is that life is getting faster.”14 Could it be that we are caught in a positive feedback loop, where our brains speed up to meet the rhythms of the current world, subsequently speeding up that same world further? And if this is the case, then how close will we one day get to becoming the 40-minute man? 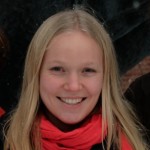