I never believed the common misconception that going out in the cold without a coat would result in catching a cold. After all, colds are caused by viruses, so I would have to be infected by one of those viruses to get sick.(a) Armed with this knowledge, I reasoned that frequent hand-washing was a more effective means of cold prevention. But I was clearly still doing something wrong, because I suffered from frequent upper respiratory infections growing up.

Over time, I noticed that these infections were more prevalent during times I was under stress. The concept of stress means different things to different people but can best be defined as a psychological and physiological state experienced in response to a perceived threat. The threats that induce stress are called stressors, and they can be physical (pain, injury), cognitive (anxiety, grief, relationship difficulties), or a combination of both, such as the anxiety and physical injuries associated with violence.2 It is no secret that long-term stress is detrimental to one’s general health, but I wondered if it could also be contributing to my infections.

It turns out that it probably was. Exposure to a virus does not always result in a cold; the virus must evade the immune system and establish a productive infection within the body – and it appears that stress facilitates this process. Researchers in psychology and immunology have discovered that chronic stress increases the likelihood of developing an infection after viral exposure.

One recent study involved 276 healthy adult volunteers who were first evaluated to determine their levels of chronic stress through a standardized interview.(b) Then, the participants were inoculated with a common cold virus and monitored for several days for infection and clinical cold symptoms. The study found that the incidence and severity of infection correlated positively with stress, indicating that stress appears to increase susceptibility to respiratory viral infections.3

Chronic stress not only increases susceptibility to new viral infections but also renders an individual more vulnerable to the reactivation of latent viruses within the body. Herpes viruses in particular reactivate more frequently in stressed individuals.(c) The herpes family of viruses causes not only the sexually transmitted disease commonly referred to as herpes, but also chicken pox and other minor diseases. In healthy individuals, these viruses are rarely very harmful; cytomegalovirus (CMV) infection usually causes no symptoms, and mononucleosis (mono) and chicken pox are both temporarily uncomfortable but ultimately self-limiting.

However, herpes viruses are never fully cleared from the body. Instead, they go into a latent state in which the virus is maintained silently throughout the life of the host. During periods of immune suppression, these latent viruses can reactivate, which sometimes results in clinically serious diseases.(d) Several animal and human studies have shown that periods of chronic stress can result in an increased incidence of herpes virus reactivation, which provides further evidence that stress suppresses the immune components that normally keep viral infections in check.4

The research described above has demonstrated that chronic stress results in immune suppression, which manifests as increased susceptibility to upper respiratory infections and reactivation of latent viral infections. This makes intuitive sense, given the general exhaustion that results from protracted stressful situations. But what are the specific mechanisms by which stress weakens immune function?

Exposure to a physical or cognitive stressor induces the acute stress response, also called the fight-or-flight response, which is a series of coordinated physiological and behavioral processes designed to help an individual deal with the stressor and return to normal function. The acute stress response begins with the activation of several pathways within the central nervous system that culminate in the secretion of glucocorticoids and other stress hormones. These hormones induce further physiological changes that result in an immediate boost of energy, as well as increased reflex speed and muscle strength in order to deal with the perceived threat.

Several immune cell classes, including NK cells and T cells, possess receptors for these stress hormones, which reach the immune cells through blood circulation or nerve pathways during the stress response. Upon binding, the stress hormones alter the way that these lymphocytes respond to infection. There is a decrease in the production of type 1 cytokines, which promote the cell-mediated immune responses that fight viral infections.(f) Instead, lymphocytes shift toward the production of type 2 cytokines, which are involved in immune responses that fight bacterial infections. Type 2 cytokines also contribute to the development of hypersensitivity diseases such as allergies and asthma, adding to the negative health consequences of stress.2

Thus, through a complex series of signaling events, stress can induce a shift in the way the immune system functions that renders it less effective against viral infections, but more effective against bacterial infections. The evolutionary reasoning behind this shift in the type 1/type 2 cytokine balance might reflect a tradeoff between long-term maintenance and short-term survival in the face of extreme danger. Cell-mediated immunity is only one of several physiological processes temporarily sacrificed by the acute stress response to divert resources to addressing imminent threats. Throughout our evolutionary history, this response has given us a fighting chance against stressors that pose immediate physical danger.

The downside of the acute stress response is that it is only beneficial during short periods of danger. Many of the stressors we face today are chronic and cannot be addressed through increased muscle strength or faster reflex times. The stress response is still activated to some degree, though, and over time the reduction of normal physiological maintenance processes begins to take a toll. The suppression of anti-viral immunity appears to be one such side effect of the body’s attempt to mediate stressors, albeit one that no longer has a valuable evolutionary purpose for many of us in the modern world.

Given the connection between stress and illness, it is particularly important to learn and practice healthy means of alleviating stress. This includes attending to acute stressors as soon as possible and developing coping mechanisms for dealing with chronic stressors. Doing so could result in fewer colds, and that would be one less thing to get stressed about. 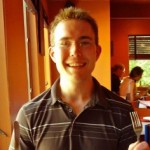