When the New York Times fired Jill Abramson, the paper’s first female executive editor, on May 14, it reignited an ongoing conversation about the challenges facing women in positions of leadership.

Many reports cited Abramson’s management style – and her frequent clashes with Times publisher Arthur O. Sulzberger, Jr. – as the primary culprits in her dismissal. Her workplace personality has been variously described as “brusque,” “pushy,” “stubborn,” and “uncaring.” A number of critics have pointed out the gendered nature of these descriptors and questioned whether Abramson would be perceived in the same way if she were a man.(a)

Where is the line between a bold, assertive leader and a pushy, bossy one? And how does this line differ for men and women?

An extensive body of research demonstrates that our beliefs about gender affect the way we perceive men and women in leadership roles. In a meta-analysis of 69 previous studies, my colleagues and I found that the characteristics people typically associate with leadership are often stereotypically masculine.1

In particular, people associate leadership with agentic traits – conventionally masculine descriptors such as “assertive,” “forceful,” “dominant,” and “competitive.” These masculine traits are more likely to be viewed as characteristics of a successful leader than stereotypically feminine communal traits like “affectionate,” “compassionate,” “warm,” and “gentle.”(b)

The good news is that the cultural concept of leadership is changing, as social skills – which are often perceived as feminine – become a more important part of what we expect from leaders. Our review included studies covering the period from 1973 to 2010, and we found that perceptions of leadership have become less exclusively masculine and more androgynous over time.(c) This shift may be due in part to the looser and flatter organizational structure of modern companies, which necessitates more teamwork and interaction. Nevertheless, men continue to associate leadership with masculinity more strongly than women do.

While this progress is encouraging, many women leaders who act agentically still face backlash for behaving outside of their expected gender roles.3 The “positive” cultural stereotypes of women as “nice” and “caring” turn into harmful limitations when women who display more agentic qualities are seen as stepping out of bounds.(d) For example, people perceive women, but not men, as less likable and less competent when they engage in self-promotion4 or express anger.5

Speaking up and holding the floor in group conversations are also agentic behaviors. Both men and women rate talkative, opinionated female CEOs less favorably than equivalently talkative and opinionated male CEOs, and the female CEOs are perceived less favorably when talkative than when quiet.6 In another study, women who spoke tentatively in a debate were more likely than confident women to persuade men of their position (although they were less likely to persuade women).7

It is unlikely that media commentators, or even Sulzberger and Abramson, can determine the ways that gender influenced the firing. But there is ample evidence that our perceptions of leadership are aligned with traditional definitions of masculinity, and that women often face backlash when they cross these lines and behave assertively, competitively, or in other agentic ways.(e) Women leaders navigate a labyrinth of hidden biases that can affect their careers in subtle, often unacknowledged ways.8 One silver lining in Abramson’s firing is that it has opened up discussion on some of these lingering prejudices. 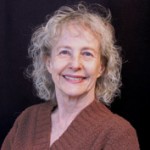 James Padilla Chair of Arts and Sciences, Professor of Psychology and of Management & Organizations, Faculty Fellow at the Institute for Policy Research
Northwestern University 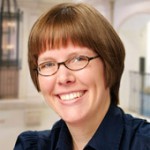