The 2016 federal budget approved in December was the product of tough political wrangling but contained at least one provision with bipartisan support: significant increases in government spending on scientific research. The budget for the National Institutes of Health (NIH) was increased by $2 billion, to $32 billion for the upcoming year. The CDC, FDA, and National Science Foundation also received funding increases, as did scientific research programs at NASA and the Department of Energy.

With this encouraging news, biomedical researchers can breathe easier – but only slightly. While the NIH received its biggest raise in more than a decade, when adjusted for inflation the 2016 budget is actually 15% smaller than it was in 2006 ($28.6 billion). The diminishing budget has been a growing concern for biomedical scientists because the federal government provides nearly two-thirds of funding for science and engineering research, including life sciences research, at universities.(a)

The discoveries and insights produced by this academic research not only push the limits of our understanding, they also have a clear and direct impact on our daily lives. Estimates suggest that research conducted at U.S. academic institutions has led to somewhere between one quarter and one half of drugs on the market today.1 This valuable research can be hampered by government funding cuts. As the NIH budget stagnated, the number of NIH-funded clinical trials for new drugs declined 24% from 2006 to 2014.(b) Reduced government funding also slows basic research,2 limiting advances in basic science that may one day lead to clinical applications.(c)

The need for increased government funding for research is clear. Yet we must also consider how existing funding can be spent more effectively. Little attention is paid to the fact that as much as 85% of research funding may be “avoidably wasted across the entire biomedical research range (e.g., clinical, health services, and basic science),” according to a recent series of articles on the subject in the medical journal The Lancet.3

Unfortunately, there is no single culprit for this inefficiency. A number of factors can contribute to wasteful spending, from poor study design and execution to inadequate follow-through on research findings.(d) Other major concerns include the limited reproducibility of findings and non-publication of negative results.4

The tendency of researchers to avoid publishing negative findings is an excellent example of how research dollars can be wasted. Scientists are incentivized to publish innovative, groundbreaking new findings, not the results of experiments that failed. Yet as important as it is to report positive findings that support a hypothesis, it is equally important to publish results that disprove a hypothesis. It saves resources by alerting other scientists about what might not work and allowing them to avoid the same mistakes.

Non-publication of results is particularly egregious when it comes to clinical trials, because they involve exposing participants to potential risks with an implicit understanding that results from the study will be used for broader societal benefit. According to one study, results from 32% of industry funded and 18% of non-industry funded clinical trials remain unpublished.5

Ignoring areas of waste like the non-publication of findings results in compromised usage of research dollars, making life science research and drug discovery ever more expensive. Given the stretched budgets of federal funding agencies, making a greater impact with limited research dollars is becoming increasingly critical.

One way to spend research dollars more efficiently would be to expand the translational sciences model that aims to bridge the gap between the lab and the doctor’s office. In 2011, the NIH launched a major translational sciences initiative that encourages unique collaborations between academia, government, and industry to ensure that discoveries from the laboratory can be quickly and efficiently developed into interventions and treatments for patients.

The more this translational orientation can permeate the world of academic research, the more we can make every funding dollar count. For example, if graduate programs in biomedical research required students to periodically accompany clinicians on their hospital rounds, it would help these students frame their research questions more cogently and conduct and report their research more effectively, while also appreciating the urgency and potential impact of their research.

Another way to facilitate more efficient research is to encourage researchers and academic journals to publish negative results.(e) Reporting negative results from formal clinical trials is required by federal law; if the scientific community considered the spirit of that law and applied it to their work, this would prevent investment in failed approaches and free up funds to be used on research that hasn’t already been attempted. A collateral benefit would be that diligent and passionate graduate students could take greater risks and still receive the career benefits of academic publication, even if their research produces negative results.

Encouraging more efficient, effective research requires system-wide changes. It is time to expand the conversations initiated at conferences like 2015’s inaugural REWARD/EQUATOR conference on “Increasing value and reducing waste in biomedical research.”(f) In the same way that we regulate research involving animals or human stem cells, the scientific community should develop and implement general guidelines for Good Institutional Practice (GIP) in research.(g) Without a concerted community-wide effort, maximizing the impact of research dollars will be a losing battle.

Making research more efficient and focused on real world applications is not going to fix the problem of vanishing government funding. But until we are able to get the necessary Congressional support to significantly increase overall research funding, we should look more closely at how we are using the funds we have today.

Having worn the hat of a researcher as well as that of a cancer patient, the pressing need to develop innovative ways to use research dollars as effectively as possible has become exceedingly obvious to me. If we want to succeed at efforts like the “moonshot” to cure cancer that President Obama announced in this month’s State of the Union address, we need more funding, but also smarter spending. 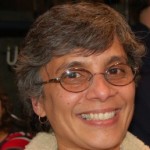 Deepti Pradhan is a Senior Research Analyst in the Yale Office of Development, and a 2015 Public Voices Fellow at The Op-Ed Project. After spending the better part of her career immersed in chemistry, biochemistry, and cell biology, including 13 years on the faculty of the Yale School of Medicine, Dr. Pradhan changed direction and moved to the Yale Office of Development in 2008, where she uses her skills in data analysis to enhance donor support for the university. She sustains her passion for science through Tilde Café, an independent not-for-profit science café she founded in 2008.