Baby showers are often color-coded events. If the new arrival is a boy, then the purchase of a blue onesie featuring a truck is in order. For a girl, perhaps a pretty pink, flowered, lacy blanket.

Many people assume that this blue and pink color code represents not only a set of cultural norms, but also the innate preferences of the child.(a) By the time a female becomes a toddler, the fact that she prefers pink dresses and toys seems like nature just taking its course. But is biology really the reason many modern girls like pink and modern boys like blue, even before they can speak the words for these colors?

A closer look at human development suggests that the truth is more complex. Rather than defaulting to explanations rooted in biology and genetics, sex-related preferences should be an invitation to ask broader questions about gender norms and cultural expectations.1 For example: What is the source of the pleasure that girls and boys get from certain colors? Is it the pleasure for things that are familiar to them? Or perhaps it is the positive feedback children receive for liking “gender appropriate” colors?(b)

Preferences for certain colors, toys (trucks or dolls), or types of play (physically active versus social) are sometimes assumed to be inherent because they typically appear when a child is as young as three or four years of age. Psychologists and biologists often point to hormones, genes, and other biological factors as the underlying causes.

But these arguments do little to explain the mechanisms or processes by which preferences emerge and solidify. To more thoroughly understand the root of sex-related differences, we need to rigorously examine how potentially relevant biological and environmental factors influence development (and influence one another) over time. For example, I have been studying the development of sex-related differences through extensive video recording and analysis of infant and caretaker behavior under naturalistic conditions in the home.2

My research shows that, even at a young age, “nature” and “nurture” already interact.3 The first three years of a child’s life mark a period of extraordinary brain development and synapse growth. Like a sponge, the child absorbs everything around it, etching a record of its sensory experiences in its developing neurons. Social and cultural cues children experience during this period can influence their physiological development, establishing bodily patterns that set the stage for later phases of development.

One of my studies focuses on the belief that boy infants are more physically active than girl infants.4 While the babies in the study show no sex-related differences in their own spontaneous activity, we discovered through detailed observation that the mothers interact with the boys in a more physically active way. They move boy infants, help them sit up, and touch them more often than they do girls.

The impact of the mothers’ behavior may go much deeper than just setting cultural expectations – it could actually have biological consequences. While more testing is needed to understand these biological effects, it is possible that the sensory, motor, and neuromuscular systems of boys develop differently than those of girls, at least partly in response to different patterns of maternal handling.

If biological development is influenced by a child’s environment in this way, “nature” and “nurture” are no longer distinct. They are a developmental unit, two sides of the same coin. Rather than talking about nature versus nurture, we should ask: How is nature being affected by certain kinds of nurturing events?(c) And instead of viewing gender as something inherent and fixed, we should understand it as a developmental process involving the ongoing interaction of genes, hormones, social cues, cultural norms, and other factors.5

Moving beyond the nature versus nurture dichotomy allows us to have a more nuanced, accurate understanding of gender. For those who want to move beyond the pink and blue split, perhaps a first step is to purchase something green for the next baby shower. 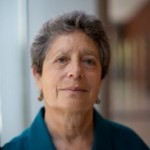