What if you invented a better way to detect nuclear bombs, at one-tenth the cost of existing technologies? What would you do with it?

You probably wouldn’t want your device sitting around in a lab collecting dust – you’d want it deployed in the field, increasing global security. That’s exactly what Andrew hoped to accomplish when he built a better nuclear bomb detector, so he partnered with Sarah and we launched Silverside Detectors to bring his invention to the market.(a)

It turns out, however, that transforming an invention into a company is no small task, even when that technology is something as important as a better, cheaper neutron detector. University laboratories are focused on research and discovery, often for the sake of knowledge itself. The marketplace, on the other hand, is focused on the application of these discoveries to help people solve everyday problems. Translating a new invention from one setting to the other, a process known as commercialization, can be an uphill journey.

This is the story of how we did it at Silverside and the lessons we learned along the path from lab to market.

Terrorists, Bombs, and a Better Way to Keep Us Safe

Nuclear weapons have been a menace for nearly seven decades, but the nature of the threat has shifted in recent years. Old fears about the U.S.S.R. launching a missile across the ocean have been replaced by the possibility of terrorists smuggling small, improvised nuclear devices into crowded cities or rogue groups acquiring stolen or decommissioned warheads.1 In this new reality, state-to-state diplomacy has less to offer and detection and prevention become essential.

After the September 11th attacks woke the U.S. up to the growing threat of terrorism, experts emphasized the need to strengthen security to keep out nuclear weapons, as well as any material that could be used to create such weapons. There was an urgent need for radiation detectors at U.S. borders and ports, but the key material used in traditional detectors – He-3, an isotope of helium gas – is rare. The U.S. stockpile was quickly depleted,(b) limiting the number of detectors that could be built and sending prices sky-high.2

Government agencies responded by funding research into alternatives to He-3, but many of the resulting technologies were more expensive than existing detectors. Andrew, a physicist at Boston University who was building traditional detectors for the ATLAS project at CERN, took up the challenge.(c) Instead of focusing on the limits in the government’s request and testing small tweaks to existing approaches, he started with a blank slate and asked, “What would the ideal inexpensive, efficient nuclear detection device look like?”

Andrew’s solution used a different material, enriched lithium (Li-6), an isotope of a material commonly used in batteries. Ounce for ounce, Li-6 is less efficient than He-3 at detecting nuclear material. However, Li-6 is much easier and cheaper to obtain and can therefore be used in larger quantities that more than make up for any differences in efficiency.(d) By focusing on keeping costs low, Andrew was able to design a nuclear detector that matched the performance of traditional technologies at one-tenth the cost.

Bringing a Promising Invention to Market

Building a better neutron detector was only the beginning. The next hurdle was to turn this invention into a business, so that we could get the technology out of the lab and into the hands of people who need it to make us safer. We launched Silverside Detectors to commercialize Andrew’s invention, and learned a number of lessons along the way about how to translate innovation from the laboratory to the marketplace.

1. Keep your eye on the prize – creating the best product.

Although he had the requisite scientific expertise, Andrew was a relative outsider to the industry and was thus able to approach the problem of building the best nuclear detector with fresh eyes. From the beginning, he focused on both the science and the application of that science. The driving goal was always to create an effective detector that offered the biggest “bang for the buck” – in our field, measured by the cost-per-count ratio.(e)

We wanted to build a company with the same culture of innovative, big-picture thinking that Andrew had applied in the lab. So we established a founding team around general skill sets and commitment to the project’s long-term goals, valuing an ability to learn over direct industry experience. We then captured relevant expertise by hiring consultants with insider know-how and connections, and counted on the team to synthesize their input with our company’s unique approach.

This culture of innovation, along with the fact that Silverside is an early-stage company, has allowed us to take risks that our larger, more entrenched competitors cannot. We’ve prioritized building the most effective, efficient product over meeting technical specifications to win every contract. In contrast, large companies in our industry are often trapped by the prevailing model, making incremental improvements to existing approaches in order to maintain current customers. We focus not on giving our customers what they say they want, but on creating the best product and showing them why it’s what they should want. 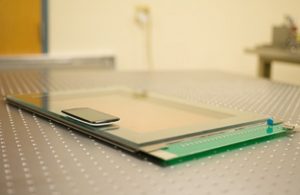 One of Silverside’s neutron detectors

2. Build a team of both science and business minds.

The knowledge and skills needed to create a scientific product are not the same as those needed to commercialize it. No matter how promising a scientific discovery is, you can’t turn it into a successful product without understanding the market and how to sell to it. To get our technology out in the field, we needed expertise in government and security policy to complement Andrew’s scientific know-how.

This is where Sarah came in. With a background in international security and public policy, Sarah has an understanding of the political landscape and policymaking processes that are relevant to selling our product. She helps us understand our government customers – their needs, their incentives, how they make decisions – and where we fit into current political debates around nuclear security.

We’ve found that the value of a founding team with complementary backgrounds goes beyond just having expertise in distinct areas. Scientists and generalists approach problems, envision solutions, and communicate ideas differently, and a strong team has both kinds of people. For example, Andrew is able to articulate technical details to scientific audiences, while Sarah can turn the techno-speak into something non-scientists can understand.

3. Tap into existing expertise, but don’t let it box you in.

While outsiders can bring fresh approaches to stubborn challenges, we don’t have the deep expertise of industry insiders and must find ways to tap into this knowledge. In our case, however, the experts come from a radiation detection industry that is part of the problem, locked in a research paradigm and business model we are determined to interrupt. How can we benefit from their insider knowledge without letting existing approaches and assumptions box us in?

Our solution was to fill in the gaps in our knowledge by recruiting advisors who had a deep understanding of and connections in the industry, but were open to the idea that there are inadequacies in the current model. By convincing them of the value of our mission and approach, we’ve steered them toward providing guidance that challenges us but also aligns with our long-term goals. This helps us break through the insider/outsider divide, synthesizing existing industry perspectives with new approaches and outside-the-box ideas.

4. Focus your message on the potential impact, not the technology itself.

Every company has to create a compelling narrative about why its product is valuable. In the case of a scientifically complex device like ours, people care about what the product does, not what it is. A story about faster, stronger, smarter technology leaves an audience impressed with your company’s skills but ignorant as to why the improvements you’ve made matter. What’s inspiring is not a list of enhanced specs and technical jargon, but rather a vision of what that technology can accomplish.

At Silverside we focus the message on how our technology will make people safer, saving conversations about gamma ray rejection and outgassing rates for the scientific crowds. We tailor our discussions for different audiences. The most high profile use for our product is detecting nuclear weapons, but neutron detectors can also be used to manage security at nuclear power plants and ensure the safety of recycled steel. We have to adjust our message for each of these potential customers, as well as business audiences like investors, bankers, and the startup community.

A Risk Worth the Challenges

These are some of the key lessons we’ve learned at Silverside. We’ve seen other startup companies in science and technology face and overcome similar challenges. Our ultimate message for academics with promising discoveries is this: You need the market if you want your invention to have an impact. Commercialization is something you’ll have to tackle one way or another. It will be challenging, but it isn’t rocket science. And if you can handle rocket science like Andrew can, with the right team by your side you can handle turning that science into a business too. 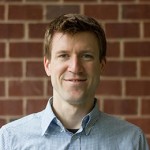 Andrew is a nuclear physicist who has helped develop detectors to search for dark matter particles and the Higgs Boson. Collaborating with top physicists at CERN and MIT, his research focus has been on large-surface, low-cost detection solutions that search for hard to find radiation signals. While a post-doctoral researcher at Boston University, his team was awarded a Department of Homeland Security grant to focus on innovative solutions for nuclear threat reduction. In 2013, he founded Silverside Detectors, an early-stage company that develops and commercializes low-cost neutron detectors. 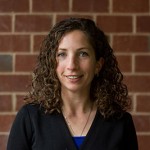