It’s hard not to be impressed by the growing reach of video games in our culture.

97% of American teenagers and 53% of adults play electronic games of some kind, ranging from console first-person shooter games like Halo to the desktop computer version of Solitaire.1 Sales in 2012 were $14.8 billion in the U.S. alone, putting the industry on par with music and film. Video games are even starting to be taken seriously as art, as demonstrated by media critics’ growing focus on their artful narrative structures and moral complexities.(a)

With electronic games firmly entrenched in our culture as a form of entertainment, researchers and educators are beginning to seriously explore their potential to change behavior and improve well-being, particularly among young people. Over the past few years, the Play2PREVENT research project at Yale Medical School, of which we are all a part, has been developing and testing an interactive game designed to reduce risky behavior among teens.(b) Other researchers have created electronic games to encourage healthy eating, promote exercise, reduce risky sexual activity, teach basic safety skills, and treat asthma.2

Video games have the potential to serve as a valuable tool for educating students about their health and encouraging positive behaviors. They are a familiar and popular medium: on any given day, 60% of young people will play some kind of electronic game. Their appeal stretches across gender, class, and ethnic lines.1 Games are highly repetitive and often involve personal identification with characters (via avatars), two of the most salient ingredients for effective, reinforced learning. On top of this, the feedback from a video game is immediate: an incorrect answer or faulty maneuver is immediately identified as such when an avatar falls off a cliff or gets blown up by an asteroid. By virtue of their popularity and the formal characteristics unique to the medium, video games offer a powerful tool for education and behavior modification.

In addition to the efforts of our Play2PREVENT team, a number of electronic games that promote healthy behavior have been created in recent years. In one study, researchers developed a curriculum called It’s Your Game: Keep It Real (IYG) that combines classroom instruction and computer learning to reduce risky sexual activity among teenagers.3 After testing the program with 907 seventh-graders in Texas, they found that fewer of the students who participated in the IYG program had initiated sexual activity by ninth grade than comparable students who received normal school health classes (23% compared to 30%). IYG was particularly effective at reaching young girls, which may surprise those who (erroneously) imagine gaming as a pastime enjoyed solely by boys.(c)

Video games have also been used to improve the health of young cancer patients by encouraging them to better manage their self-care during treatment. Researchers designed a game called Re-Mission, in which players control an avatar that leads them through tasks related to treatment management, from identifying relevant antibiotics to practicing relaxation techniques for coping with stress. In a study of 371 patients at 34 hospitals, some participants were randomly assigned to play Re-Mission while those in the control group were given a popular game with a similar look and structure.4 Researchers found that the patients who played Re-Mission had a higher rate of adherence to their medication regime, a behavior which ultimately leads to better treatment outcomes.

The research conducted on IYG and Re-Mission shows that well-designed games can modify health behavior in a positive direction. Now game designers are getting in on the act with consumer-oriented products like Zombies, Run!, a smart-phone application  meant to lure unlikely joggers into exercise by gamifying it.(d) The app narrates missions for the runner in a post-apocalyptic world plagued with zombies and threats to survival. The runner is tasked with gathering supplies and evading marauding gangs of the undead. By adding a story-line pulled directly from contemporary videogame culture, the app’s creators intended to usher gamers into healthy behaviors. It appears to have worked: so far the game has attracted over 450,000 users.

While examples such as these are encouraging, the use of electronic games as a form of health intervention is still in its early stages and limited research has been conducted on their effectiveness. In a comprehensive review of the existing research literature, three colleagues and I identified nineteen studies that looked at the impact of electronic games on health and safety outcomes. Seventeen of these studies reported statistically significant positive changes. However, the rigor and quality of the studies varied widely and only five of those we examined could be considered to have high-quality experimental design.

Electronic games are a promising tool for educating people and changing behavior. While the first wave of interactive educational games relied on what some call the “chocolate-covered broccoli” model, where the narrative was interrupted by tedious, poorly constructed tasks that proceeded like homework, the new trend is to integrate learning and fun. One of our primary goals is that more researchers and funding sources will emerge to take on the task of developing and rigorously testing evidence-based electronic games to find the best ways to encourage healthy behaviors among young people. 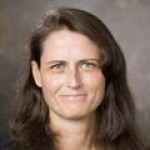 Lynn Fiellin, M.D., is an Associate Professor at Yale University School of Medicine and a practicing physician. Her research and clinical practice focus on developing models and interventions for optimizing prevention and treatment, with a specific focus on HIV and substance use disorders.