Clive, a teenager in the UK who was born with HIV, told The Guardian last year that he lives in denial of his condition. Like many children who grow up in the shadow of the disease, he is keenly aware of the social and even moral stigma surrounding the virus, and these feelings affect his treatment. “It angers me that HIV is considered such a dirty thing by so many people,” Clive told The Guardian. “It’s partly because I have to live this life of shame and secrecy that I find it so hard to take my meds.”

Though HIV is often described as a sexually transmitted disease, many victims are children who acquire the virus before, during, or shortly after birth. Nearly 10% of the 34 million people living with HIV worldwide are under age 15, and 210,000 children die of AIDS each year.1

Since the introduction of antiretroviral (ARV) medicines, quality and length of life have increased for those living with HIV. Yet this incredible advance also brings challenges. With longer and healthier lives, women of reproductive age living with HIV have a greater chance of giving birth while infected. The good news, however, is that mother-to-child transmission of HIV is preventable, and organizations such as the United Nations and the World Health Organization are working aggressively to end it.

Over the 30 years since the HIV epidemic hit, there have been both dramatic advancements and ongoing challenges in HIV prevention efforts.(a) While approaches to prevention differ depending on population, resources, and risk, there are certain instances where transmission is almost entirely preventable. One important opportunity lies in preventing the virus from passing to a child during pregnancy and childbirth. As of 2008, mother-to-child transmission (MTCT) accounted for approximately 90% of HIV infections in children.2 Transmission can occur before, during, or after delivery, but it is most frequent during late pregnancy and delivery.3

The burden of MTCT of HIV, sometimes referred to as vertical transmission, is severe, particularly in low- and middle-income countries,(b) where MTCT accounted for an estimated 430,000 new HIV infections in children in 2009.4 This burden is greatest in places with high HIV prevalence, lack of access to medical care during pregnancy, and lack of services that provide information, education, and proper testing and treatment to new mothers.

Fortunately, the risk of MTCT can be reduced to around 1% with the appropriate treatment.5 Prevention efforts may include antiretroviral treatment for the mother during pregnancy and delivery, an elective c-section, refraining from breastfeeding, and administering ARV drugs to the newborn.5 It is estimated that since 1995, more than 350,000 children have avoided HIV infection due to ARVs provided to pregnant women living with HIV.4 However, in 2011, only 30% of eligible pregnant women in low- and middle-income countries who needed ARV therapy received it, compared to 54% of all eligible adults in these countries.6 This gap suggests that treatment may not be reaching those who need it most. Treating a mother living with HIV has a double benefit: it will likely benefit the mother while also preventing a child from becoming infected.(c)

Given such a significant opportunity for vast reduction in HIV transmission to children, the United Nations and other global health organizations have launched a sweeping effort to end new infections among children by 2015.7 In 2012, the World Health Organization (WHO) developed a clear framework for reducing mother-to-child transmission by 90% by 2015, a level low enough that MTCT would no longer be considered a major health problem.4 This goal is aligned with other global health initiatives that aim to reduce new infections by increasing access to family planning services for women living with HIV; providing HIV testing, counseling, and ARVs in a timely manner to pregnant women who need them; and providing treatment, care and support for families living with HIV.7

Education concerning HIV and MTCT and access to care and treatment for at-risk populations is crucial in the global fight to prevent new HIV infections, particularly in children. Women without access to reproductive health services may not receive HIV testing, an increasingly essential part of antenatal services across the globe. These women may never know that they could transmit the HIV virus to their children. Increasing access to services and education about HIV testing and prevention of mother-to-child transmission could not only save lives but also save the costs of lifetime HIV treatment in areas with limited resources.

Is the goal of ending child HIV infections achievable? While ambitious, the ability to reduce the risk of MTCT HIV infections is scientifically feasible.(d) However, this initiative will not be successful without support and prioritization from multiple levels, from governments down to local communities and health facilities. Improving health infrastructure, as well as combating stigma and discrimination against children and adults living with HIV, is crucial. While complex and multifaceted, the opportunity to end child HIV infections, save lives, and prevent illness and disease for many is truly worth the effort. 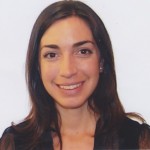 Dana Cernigliaro is a doctoral candidate at Johns Hopkins' School of Public Health and has a master's degree in Public Health from Brown University. Dana has worked for over 10 years on both domestic and international research projects on a range of health issues, with a particular focus on HIV prevention and access to care for vulnerable populations. Her current research focuses on sexually transmitted disease and reproductive health of sex workers living with HIV in the Dominican Republic.