Like Republican presidents before him, one of Donald Trump’s first acts after he took office was to reinstate (and expand) the Mexico City policy, also known as the global gag rule.1 The rule prohibits American foreign aid money from funding organizations that offer or promote abortions, even though U.S. taxpayer funds are never used to pay for those services, whether the rule is in effect or not.(a)

The global gag rule has historically been a political ping pong ball volleyed back and forth across party lines: Republican presidents sign it into law, Democratic presidents repeal it.(b) In the week since the rule was reinstated, it’s already begun hitting clinics hard. Reproductive health organizations around the world are now forced to choose between halting non-U.S.-funded abortion services, counseling, and advocacy or losing their U.S. funding for contraception, family planning, and other non-abortion-related healthcare.

As a global health expert and faculty member at Northwestern University, my research explores less what policies say and more what they do in practice.2 In my decade as a researcher, I’ve observed first-hand what happens when the Mexico City policy is in place and when it is not.

What the Mexico City policy means in practice is extraordinarily bleak, in ways that have nothing to do with abortion. NGOs such as Marie Stopes, Engender Health, and Pathfinder provide services to men and women all over the globe. If they don’t comply with the policy, as many have said they won’t, their reproductive health funding will be slashed across the board in all countries.

The U.S. accounts for nearly half of the government donations for family planning worldwide, providing a total of $638 million in 2015. Losing funding from the U.S. may force organizations to scale back services and shutter critical health facilities in underserved communities, even in places where abortion is already illegal.

Tanzania, where I have done research for over a decade, is one of the countries likely to be affected by the Mexico City policy, even though abortion is not legal there. Early sexual activity among girls in Tanzania is often linked to poverty and vulnerability.3 Until recently, public education required that a girl’s family pay for uniforms, books, and supplies, and even then the quality of the education has generally been poor. A girl in private school has better prospects for future employment with decent pay, but most families can’t afford the tuition.

Men take advantage of this to lure young girls into sexual relationships in exchange for school fees. For the girls, sex with an older man may be a ticket out of poverty. Child prostitution and child marriage are also major issues in parts of Tanzania.

In a place like Tanzania that bans abortion, contraception becomes exceedingly important, particularly for young unmarried women. Yet getting contraceptives to them is tricky. If an unmarried girl is seen at a reproductive health clinic, she is likely to be shamed by other clients.

It is NGOs, rather than public health facilities, that take contraceptives to places where young women can access them, such as schools and communities. Defunding NGOs will inadvertently target young women’s access to contraceptives they critically need to prevent unwanted pregnancy.

For Tanzanian women, the global gag rule can be disastrous, despite the fact that abortion is already illegal in their country. Organizations providing contraception in Tanzania will lose an enormous portion of their funding simply because they offer abortion services to women in countries halfway around the world.

Without access to contraception, women are more likely to end up pregnant. Pregnant unmarried girls in Tanzania are stigmatized and thrown out of school, ending their prospects for self-improvement and a decent job.4 Babies of teenage mothers are more likely to die than babies born to older mothers.

Ironically, by reducing access to contraception the global gag rule may actually increase abortion. A study published by the World Health Organization looked at data from 20 sub-Saharan African countries between 1994 and 2008. When the global gag rule was in effect, contraceptive use dropped and abortion rates rose in the countries most impacted by the ban – more so than in countries that were less reliant on the U.S. for family planning and reproductive health funding.5

In Tanzania, abortions still happen despite being illegal, and I saw their consequences firsthand when I was there. At a public hospital where I conducted research, there was least one case a week of a woman hemorrhaging from a self-induced abortion or an abortion performed outside a health facility. Women hemorrhage uncontrollably, often in health facilities lacking a blood bank to stave off death. Research suggests that unsafe abortion may account for up to a quarter of pregnancy-related deaths in Tanzania.6

By defunding family planning services, the global gag rule actually increases the number of unintended pregnancies and, inadvertently, the number of abortions and unnecessary deaths in places like Tanzania.

Political leaders in the U.S. and around the world are responding. The HER Act, which would permanently repeal the Mexico City policy, was recently introduced in the U.S. House and Senate, but is unlikely to pass in the current Republican-controlled Congress. Eight countries have announced plans to fill some of the funding gap created by the rule, although this is unlikely to fully curb the damage on the ground in countries like Tanzania. 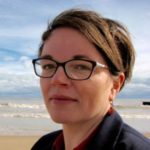