When JPMorgan Chase CEO Jamie Dimon took a knee with employees to signal support for the Black Lives Matter movement, the move brought more criticism than praise. Activists and Black business owners were quick to point out the bank’s recent history of lending discrimination and its lack of Black executives. Similarly, companies including Estée Lauder, Pinterest, and Facebook were also blasted for taking strong public stances against racial injustice while failing to address racism within their own organizations or make progress diversifying their workforce and management ranks. Criticism of hollow corporate statements on social media has been so widespread that it even earned its own hashtag: #pulluporshutup.

The public backlash over these generic corporate responses represents a marked difference from 2014, when brands went largely unchallenged for standing on the sidelines or issuing noncommittal statements during the Black Lives Matter protests in Ferguson, Missouri. At that time, calls for the Washington football team to change its name faded after team management and the NFL refused to acknowledge them. In recent weeks, however, the team has bowed to sustained public pressure and announced that it will drop the “Redskins” name and logo.

What we are seeing is that, after years of tolerating companies making weak pledges and looking the other way, the public has raised the bar for what constitutes an acceptable corporate response to racial injustice. It is no longer enough to issue a boilerplate statement and move on—companies must engage directly and authentically with the issue and own their past failures to be taken seriously… 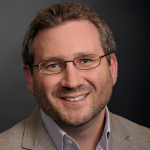 Jonathan Bundy joined the W. P. Carey School of Business at Arizona State University in 2016. Professor Bundy’s research takes a behavioral approach to strategic management and focuses on the social and cognitive forces that shape organizational outcomes and behavior. He specifically investigates crisis and impression management, corporate reputation and other social evaluations, firm-stakeholder relationships, and corporate governance. He received his bachelor’s and master's degrees from the University of New Mexico and his doctorate in strategic management and organization theory from the University of Georgia.