Learning patterns and understanding how rules change from one context to another is something we do everyday, whether we’re navigating social situations or at home sorting laundry. This intuitive, seemingly simple ability is produced by an incredibly complex set of interactions within our brains. When something goes wrong with these neurons, as it does in people with schizophrenia, it can impede our ability to learn patterns and rules.

When most people think of schizophrenia, they focus on the delusions, hallucinations, and paranoia that are the hallmarks of the disease. However, these symptoms are often accompanied by problems with attention, learning, and decision-making, as well as social withdrawal and lack of motivation – symptoms that are less well known but may actually be more important. At the lab I’m a part of at UCSF, we’re working to understand the causes of these cognitive challenges and, in the process, gain insight into how attention and learning happen in a typical human brain.

To understand how our brain makes basic activities like pattern recognition and context shifting possible — and why these capabilities fail to develop in certain people — my colleagues and I zoom in on the cellular level, studying specific neurons and brain waves that may be responsible for these cognitive activities. Scientists have suspected that a particular subset of neurons in the prefrontal cortex — known as fast-spiking (FS) interneurons — are important in schizophrenia because studies of brain tissue from individuals with schizophrenia consistently show abnormalities in these neurons.

Scientists have also speculated that FS interneurons play an important role in cognition more generally, because the activity of these neurons drives brain waves called gamma oscillations that increase during cognitive tasks related to the ability to learn and apply new rules.(a) We’ve known for some time that gamma oscillations are lower when people with schizophrenia are confronted with the same tasks, but scientists hadn’t determined whether this was the root cause of the cognitive deficits found in schizophrenia or simply an associated side effect.

To determine if problems with fast-spiking interneurons are, in fact, responsible for the cognitive deficits in schizophrenia, I studied mice that were genetically engineered so that these particular neurons were defective.1 The neurons’ abnormalities manifest only after the mice go through the equivalent of human adolescence, making them a great model system for schizophrenia, a condition whose symptoms often arise in a person’s late teens or early twenties.

My research found that, when these modified mice were young, they were just as capable of learning new rules about where their food was placed as their normal littermates. By early adulthood, when the defects in their fast-spiking interneurons became prominent, they lost much of this capability and no longer exhibited the same upsurge in gamma oscillations that accompanied this learning in their normal littermates.

I was also able to increase gamma oscillations – and restore the ability to learn new rules – in the modified mice by treating them with Klonopin. This medication is currently marketed as an anti-anxiety medication for schizophrenia and is usually given at such high doses that it acts as a sedative, reducing cognitive functioning. However, my research suggests that, perhaps at lower doses or in more targeted formulations, it could actually be used to enhance cognition in people with schizophrenia.

As my findings about Klonopin suggest, the discovery of a connection between fast-spiking interneurons and learning problems may pave the way to new diagnostic tools and treatment options for people with schizophrenia. Abnormal gamma oscillations during cognitive tasks might serve as a biomarker in the diagnosis of schizophrenia or as a tool for monitoring treatment progress. Scientists may also test non-pharmacologic, non-invasive means to stimulate gamma oscillations through new methods like transcranial magnetic stimulation, transcranial direct-current stimulation, or possibly even ancient techniques like biofeedback and meditation.(b)

While doctors and patients may never know all the details about what fast-spiking interneurons are or what they do, researchers must understand what’s going on at the cellular level if they want to help people with schizophrenia. As new tools make it easier to measure brain waves and track the activity of specific neurons, we’ll continue to discover how what happens at this microscopic level ripples up to affect overall cognitive function and capabilities like learning and attention, and these discoveries will lead to new tools for understanding and treating mental illnesses like schizophrenia. 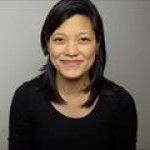 Kathleen received her B.S. with Honors in Neuroscience and a B.A. in History at Brown University. At MIT, she studied learning and memory mechanisms in the visual cortex in Mark Bear's laboratory and earned a Ph.D. in the Department of Brain and Cognitive Sciences. She joined Vikaas Sohal's laboratory at UCSF as a postdoctoral fellow, to study the mechanisms of functional circuits in the context of mental illness.