It is conventional wisdom that what it takes to get a business off the ground is very different than the skills necessary to manage a company as it matures. In the natural evolution of a startup, the young, brash founder will inevitably need to be replaced by a more experienced, steady executive — at least according to the thinking of traditional investors.

Yet some of today’s most successful business leaders, from Jeff Bezos to Bill Gates and Elon Musk, prove this assumption wrong. Their trajectories demonstrate that entrepreneurs may actually be more effective leaders of large companies than traditional CEOs. Entrepreneurs develop a long-term vision and assemble a team to see their plan through. Sometimes their vision is decades ahead of everyone else. They eschew short-term gains for a much grander prize. In the end, they build extraordinary, innovative companies that embrace a unique culture offering strong employee growth and a cohesive community. Entrepreneurial wealth creation drives our global economy and affects billions of workers and consumers.

To rule out other explanations for the success of the companies in the ER30, we incorporate investment factors such as company size, market risk, leverage, momentum, and sector weightings into our model. The final assessment reveals an “Entrepreneur Factor” as the single most dominant factor that contributes to superior stock market performance during the measured time period. This suggests that having an entrepreneur at the helm oftentimes becomes a key catalyst driving the success of a company. In other words, leadership matters! 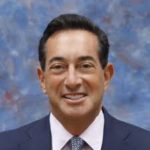 Joel Shulman is a Professor of Entrepreneurship at Babson College. He is also a Chartered Financial Analyst, the Founder and Managing Director at the investment firm EntrepreneurShares, and the creator of the Entrepreneur 30 Index. He previously founded the CFA test-prep company Shulman Review, which provided training for over 12,000 investment professionals throughout the world. He is the author of numerous academic articles and books and has consulted for small entrepreneurial firms, large corporations, and institutions including the World Bank. Joel has an M.P.A. from the Kennedy School of Government at Harvard University and a Ph.D. and M.B.A. from Michigan State University.