As the cost of healthcare rises and people live longer, an increasing share of government spending goes toward healthcare for older Americans. Political leaders now face a tough choice: allow Medicare, the federal health insurance program for seniors, to gobble up a larger and larger piece of the federal budget – up to 20% by 2025 – or find creative solutions to cut wasteful or unnecessary costs.1

The growth in Medicare spending is a major factor fueling America’s long-term budget crisis.(a) In 2013, the program covered 52 million people at an annual cost of $498 billion,2 accounting for about 13% of federal government expenditures. By 2025, $1 of every $5 the government spends1 – 5.5% of total U.S. GDP3 – will go toward Medicare. Over the ensuing decades, these costs will only continue to grow.

The Value of Cost Sharing

How can we put the brakes on Medicare spending? One easy target is unnecessary healthcare services, which account for around 8% of U.S. healthcare spending. A consortium of major national medical academies has identified over 200 common tests and procedures that are used more often than medically necessary. For example, doctors may order M.R.I.s or CT scans when watchful waiting might be more appropriate, or prescribe antibiotics to treat bacteria in the urine even in the absence of urinary tract infection symptoms.

These unnecessary services can be caused by poor management and coordination of care or lack of knowledge on the part of doctors, but may also be influenced by patient demand for services. A survey of patients found that they overestimated the need to visit the doctor for upper respiratory infection symptoms, as well as the effectiveness of antibiotics for treating these symptoms.

A potential solution for reducing spending on unnecessary healthcare services can be found in the structure of health plans held by Americans under 65. Whether provided by an employer or purchased from the newly created insurance exchanges, these plans typically involve a significant amount of cost sharing.(b) By requiring beneficiaries to pay for some of their healthcare costs “out of pocket” through deductibles, copayments, and coinsurance, the plans discourage the use of excessive or unnecessary care.

While Medicare was designed to incorporate similar cost-sharing elements, the vast majority (86%) of beneficiaries in the standard Medicare program purchase private supplemental insurance to cover many of the costs they would otherwise have to pay out of pocket. Medigap, the most common type of supplemental policy, helps limit the risk that a health crisis would result in significant financial burden, a major concern for older people who face serious health issues and are often on fixed incomes.

Since individuals with supplem­ental insurance feel less financial pain from out-of-pocket expenses, researchers have long theorized that they might be more likely to make superfluous trips to the doctor or obtain expensive, unnecessary tests.(c) The majority of the costs for these visits and tests are still paid for by the patient’s primary insurance provider, so supplemental insurance ultimately drives up costs for the primary insurer – in Medicare’s case, the government. For this reason, most private health insurance policies forbid the purchase of supplemental insurance. Yet the government does little to discourage the purchase of supplemental Medigap plans.

While it makes sense in theory that supplemental insurance would increase costs for primary insurance providers, researchers have struggled to estimate the true impact of Medigap plans on Medicare spending due to a challenge known as adverse selection.(d) If individuals with Medigap tend to use more medical care, is it because Medigap leads to unnecessary healthcare use, or is it because individuals with greater medical needs are more likely to purchase Medigap in the first place?

Our research4 overcomes this challenge using the “natural experiment” created by the sharp jumps in the price of Medigap coverage that occur at state borders, due solely to differences in state-wide markets.(e) By looking at approximately 250 border-spanning local medical markets, we were able to compare people who are demographically similar and see the same providers for medical care, but face substantially different Medigap premiums and consequently enroll at sharply contrasting rates.(f) We examined the effect of these differences in Medigap enrollment on Medicare costs using government data on individual-level spending for nearly 50 million Medicare enrollees across multiple years.

Our analysis revealed that Medigap coverage increases the money Medicare spends on an individual by an average of 22%, from $6,290 to $7,686 per year. (This number doesn’t incorporate the costs the person pays for Medigap insurance or the costs paid by the Medigap insurance provider; it only includes the money spent by Medicare on that individual’s healthcare.) Supporting the hypothesis that these higher costs result from the utilization of unnecessary healthcare, we found especially large increases for categories of spending often considered discretionary, with Medigap leading to a 42% increase in imaging and a 75% increase in diagnostic tests.

How a Simple Tax Can Help Cut Costs

How can we address Medigap’s role in driving up Medicare spending? One potential solution is to tax Medigap plans, which would reduce enrollment while bringing in tax revenue to cover the higher Medicare costs for those who still choose to enroll. This type of tax, called a Pigouvian tax, is designed to make individuals pay the “true price” of their purchases, particularly negative externalities that aren’t included in the sticker price.(g) For example, a carbon tax on gasoline makes consumers pay for the environmental cost of increased pollution, an important expense not traditionally included in the price of gas.

A full Pigouvian tax would cover the $1,396 increase in Medicare spending that results from an individual purchasing Medigap. We estimate that this tax, which would nearly double the price of Medigap, could generate combined savings of as much as $31.6 billion, or 10.7% per Medicare beneficiary.5 President Obama’s 2014 budget proposes a more modest tax of 15% on Medigap premiums imposed on new beneficiaries starting in 2017. Our analysis indicates that a 15% tax would decrease Medigap enrollment by 13 percentage points and reduce net government costs by 4.3% per Medicare beneficiary. The government would save $12.9 billion a year, one-third of which would come from the tax revenue while the rest would result from Medicare savings due to lower Medigap enrollment.

Putting the Brakes on Medicare Spending

As we struggle to control the rapid growth in Medicare spending, it is critical to identify what factors are driving costs. Our research makes it clear that supplemental insurance is one such factor, increasing government spending on Medigap beneficiaries by an average of 22%. These extra costs are likely due, at least in part, to the use of unnecessary healthcare, as Medigap enrollees are shielded from the financial pain of copays and deductibles.

A tax on Medigap would be a helpful mechanism to discourage Medigap enrollment and recoup excess costs from those who do enroll. But taxes, which reduce Medigap enrollment without providing an alternative form of risk-protection, are a fairly blunt instrument for increasing the efficiency of Medicare. Other policies might help insulate people from risk while leading to even larger efficiency gains.(h) For example, banning Medigap and redesigning Medicare to include an annual limit on out-of-pocket spending might offer people almost as much risk protection as Medigap while leading to less excess healthcare use.6 Solutions like this can help balance the government’s need to control Medicare spending with its commitment to ensuring older Americans have access to affordable healthcare. 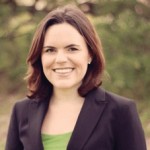 Marika Cabral is currently an Assistant Professor of Economics at the University of Texas at Austin. Cabral’s research interests lie in the areas of health economics and social insurance. Much of her current work focuses on health insurance markets. 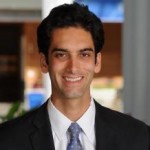