American history shows that even something as simple as a drink can stir up political passions when the government gets involved.

The patriots in Boston were incensed over a tax on tea. Two of twenty-seven U.S. constitutional amendments deal with the sale of alcohol.(a) And now, the recent decision by New York City to ban the sale of large sugary drinks has created a whirlwind of political controversy. Like the Boston Tea Party and Prohibition before it, the ban provides an excellent case study for an armchair philosopher interested in the relationship between government power and individual freedom.

The new policy, championed by Mayor Bloomberg and set to go into effect in March, will prohibit the restaurant, theater, and street cart sale of any cup or bottle of a sweetened drink larger than 16 fluid ounces. New Yorkers will still be able to buy and consume fruit juices, milk-based beverages, alcoholic drinks, and diet sodas larger than 16 ounces, as well as a limitless number of smaller portions of sugary drinks. Supporters of the law point to the city’s interest in promoting citizens’ health, since research shows that sugary drinks contribute to obesity, one of the most significant health problems in the United States.1 Opponents argue that imposing such a law would be drastic and go too far in limiting individual choices.(b) What can political theory teach us about the appropriate role for government in a case like this?

One way political philosophers understand freedom and autonomy is by thinking in terms of constraints. Most libertarians and many liberals today believe that the harm principle, first outlined by philosopher John Stuart Mill in his famous book On Liberty, is the appropriate boundary for establishing the limits of law.2 The principle asserts a prior constraint on the state’s power to interfere in the private affairs of individuals, which should be waived only when intervention is required to prevent harm one individual might do to another. Many think that under this principle some bans on unhealthy activities, such as indoor smoking in public places, are justified when those activities constitute a harm one individual might inflict on another. 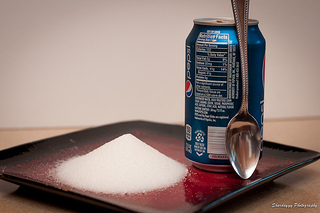 There are around 8 teaspoons of sugar in a 12-ounce can of soda.

There is, however, another way to conceptualize what freedom and autonomy imply within a liberal political framework. The consequentialist approach asserts that the best course of action is the one that creates the largest amount of good. This tradition goes back all the way to Aristotle, who claimed that the role of the state is to create a good life for its citizens. Translated into modern circumstances, this philosophy suggests that refraining from interference in private affairs is only one of the tools the state has for protecting individual autonomy. It can, in principle, be outweighed by other, more important considerations about the quality of lives people lead.3These considerations concern the consequences of certain acts and practices, even those that don’t harm others, and interpret freedom and autonomy in terms of these consequences. For example, the ban on the sale of heroin, although it infringes upon the individual freedom to buy and consume the drug (which some might argue does not necessarily harm anybody but the user) is justified within a consequentialist liberal framework. Being highly addictive, heroin severely diminishes individual well-being and limits the capabilities of individuals to make autonomous choices, thus decreasing their overall freedom.

The New York City soda law is a consequentialist proposal because it exemplifies a concern for individual freedom and autonomy interpreted in terms of consequences. It limits one freedom – the ability to buy any size of sugary drink – in order to promote others deemed more important – health and well-being. The approach is supported by recent research showing that sugar can be physically addictive.(c) If this is true, then it seems plausible that limiting the availability of sugary drinks promotes personal freedom, because addictions deteriorate individual abilities to make fully autonomous decisions. If the ability to moderate one’s consumption of sugar is diminished due to its addictive features, then the obesity that results from limitless sugar intake constitutes a health problem that justifies wider state intervention.(d)

However, given that the levels of addiction differ significantly between heroin and sugar, as do the substances’ effects on human health, an outright ban on the consumption of sugar would be unjustified. Part of the purpose of the law seems to be motivating individuals to be aware of the amounts of sugar they consume and encouraging them to make conscious decisions when to go beyond the suggested health limit.(e) That is why one can argue that a limit on the size of one portion, rather than a total ban on sugary drinks, strikes the right measure of regulation: it protects the rights of commerce and trade, but also promotes individual freedom and well-being.4 Individual autonomy, as a form of well-being, is not only promoted in the long run, but also given the opportunity to be exercised as a conscious decision to reach for an additional cup (or more) of soda. 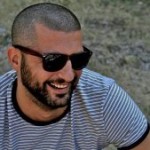 Eldar Sarajlic is a Ph.D. candidate at the Central European University in Budapest and is currently a Visiting Scholar at Columbia University in New York City. Eldar writes about competing interpretations of liberalism and advocates a critical approach to some of the defining liberal themes, such as personal autonomy, limits of institutional interference in individual affairs, and state neutrality. He also writes about issues of citizenship in Southeastern Europe.