Twenty years ago Friday, a landmark report by the Institute of Medicine (IOM) revealed that up to 100,000 people were dying annually from preventable medical errors. The human stories read like a catalog of patients’ worst nightmares: a woman who died after being injected with the wrong dye before back surgery; a diabetic whose left leg was mistakenly amputated instead of his right; a toddler recovering from severe burns whose condition quickly deteriorated when an undetected catheter infection turned fatal.

These deaths and injuries, along with millions of others over the past two decades, didn’t have to happen. Yet efforts to make patients safer in the wake of the IOM report have failed to move the needle. Today preventable medical errors are responsible for 250,000 to 440,000 deaths a year in the United States, making them the third leading cause of death after heart disease and cancer. Their financial cost is similarly staggering, with estimates suggesting $17 billion in direct medical costs and another $735 billion to $980 billion in economic impact from lost lives and livelihoods.

Research shows that the majority of medical errors can be traced to poor teamwork and communication as patients — and their medications, charts, labs, and scans — are passed between doctors, nurses, pharmacists, lab technicians, and other providers. In response, healthcare organizations have launched numerous initiatives to improve communication and coordination, such as checklists and structured information-sharing tools for high-risk moments like surgery briefing and debriefing.

So, two decades after the IOM report and a slew of attempts to prevent medical mistakes, why is it still more dangerous to have a medical procedure than to go sky diving?… 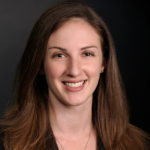 Margaret Luciano is an Assistant Professor at the W. P. Carey School of Business at Arizona State University. Her research focuses on team dynamics and systems, particularly in healthcare settings. She has partnered with numerous hospitals and healthcare organizations to conduct leading edge research with real-world implications and benefits. Professor Luciano completed her Ph.D. in organizational behavior at the University of Connecticut, and received her M.B.A. and B.A. from Clark University.