Neeru Paharia’s career has taken her through the academic, business, and online worlds on the way to a D.B.A. from Harvard Business School and her current position as an Assistant Professor at Georgetown University. In addition to her academic work, Neeru has been involved in a number of ‘open knowledge’ projects building online communities to make information and creative products more widely and freely available.

She spoke with Footnote about some of the projects she’s helped create, and how academic research can be made available and accessible to a broader audience.

How did you first get involved with Creative Commons and what attracted you to the project?(a)

I learned about Creative Commons (CC) through a coworker at McKinsey. His classmate from law school was the executive director (and only employee) of the project. At the time, I had made a short film and was trying to figure out how to put music in it. I learned that I needed to have the copyrights to any music I put in the film, which seemed really burdensome and confusing. How was I going to find copyright-free music for my film? So when I heard about Creative Commons it made so much sense—how great would it be if there was a pool of open music that anyone could use! I was interested in technology and art so it seemed like a great fit. I was indoctrinated into the world of open access at CC and it has informed my subsequent projects. From there I started AcaWiki and the Peer 2 Peer University, two grassroots open education projects.

Can you tell us a bit about Acawiki and the mission behind it?

The mission of AcaWiki is to make academic papers more accessible both physically and intellectually. Most academic papers are trapped behind a paywall, so ordinary citizens cannot access papers unless they have a university affiliation or want to pay $35 per paper. This is really sad because it creates an unnecessary bottleneck between cutting edge research and the citizens and organizations who can benefit from it. Oftentimes, this research is publicly funded by the same people who cannot access it.(b) The second goal of Acawiki is to make academic works more intellectually accessible to people. Academic articles are often long and technical, but in many cases the essence can be simplified so the main point is easily accessible to people. Because there is no copyright on an idea (just on the written work), summaries of academic papers can be written and distributed legally.

Academics are privileged enough to be able to spend time coming up with new learning which is meant to benefit society. That said, one piece of the pipeline is broken—the last mile where the information should be delivered to people who can use it.(c)

What are some other barriers to the broad dissemination of academic knowledge? How can we address these obstacles?

I see three barriers: the two already mentioned in terms of paywalls and intellectual accessibility, and the third in terms of application. Academics spend time doing research without necessarily thinking about how their work can be applied. I think more people working in some middle area—between academics and the field—can help a lot. Businesses, communities, and citizens could benefit from an organization or group who does some thinking about how research can be applied to common problems that are faced in the world. This group can help figure out how to translate academic content for public citizens, and also offer academics ideas from the real world that would be worth their attention to investigate.

What interest do scholars have in making their findings publicly accessible, both in terms of distribution and presentation?

Scholars are not given many incentives to make their work publicly accessible. In most cases, the journal makes you sign a copyright form (where the scholar essentially loses their copyright) and universities often don’t have the money to make open access work.(d) The work-around is to write a summary of the academic paper and put it online so people can easily find it.

The focus on journal article publication for career advancement definitely hurts open access projects. The hope would be to create a different set of incentives that are stronger than what we have now. For example, a scholar may get more citations in an open access journal, and that can affect how well he or she does when reviewed for tenure. 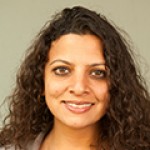