Amidst the chorus of complaints we often hear about politicians steering our country in the wrong direction, we sometimes forget that, ultimately, the power to govern rests not in Washington but with the people. Harvard University professor Archon Fung is trying to expand our understanding of political power by researching ways that citizens in the U.S. and around the world are becoming more engaged in governing themselves. He explores how innovations to increase citizen participation in decision-making, expand deliberation on public issues, and enhance transparency around government policy can improve democracy.

After finishing his Ph.D. in political science at MIT, Fung moved a few miles over to the Kennedy School at Harvard and has been teaching and researching there ever since. One of his latest projects, Participedia, is an attempt to gather information about experiments in participatory governance around the world.1 In a sign of just how highly Fung and his colleagues value participation, the site itself is structured as an open wiki with content collaboratively produced by scholars, students, and practitioners from a number of countries. There are currently more than 500 entries covering everything from municipal health councils in Brazil to a cross-national Inuit youth summit.

We connected with Dr. Fung to learn more about the Participedia project, why he thinks participatory governance is so important, and the impact social and online media will have on democracy and citizen engagement.

What drew you to studying the role of citizen participation and deliberation in governance?

I went to graduate school in political science because I was interested in understanding ways to improve the quality of democracy. Back then – in the 1990s – as now, I think two clear strategies [for advancing democracy] involve creating more participation and deliberation. The difficulty is finding realistic and feasible ways to enhance the degree of participation or deliberation in contexts of contemporary governance. The issues are complex, power differences are often great, and people are busy. For good ideas about how to move forward, I think we need to look around the world for the projects and institutions that democratic reformers are inventing and ask, how can they do even better?

Can you tell us about the Participedia project and what makes it unique?

Participedia is one of the projects that I am most excited about right now. Think of it as Wikipedia for participatory democracy. Though it is still formally in beta, you can check it out and use it now at http://participedia.net/. The idea is that, in the fullness of time, Participedia will become a definitive archive that documents all of the major experiences of participatory governance from around the world. We’ve tried to create a set of common templates and data structures that allows people to describe a very wide range of projects in participation, deliberation, and civic engagement generally. The project is a wiki, which means that anyone can submit articles. You just create login credentials for yourself, and then you can start editing and writing right away. Please do that!

One of the things that makes the project great is that it is a true collaboration between multiple universities and deliberative democracy organizations. We are fortunate to have the leadership of Patrick Scully, who has provided major energy and administrative competence the project. On the NGO side, the Matt Leighninger Deliberative Democracy Consortium (DDC) and Sandy Heierbacher at the National Coalition for Dialogue and Deliberation (NCDD) have been major partners. On the academic, Mark Warren at the University of British Columbia was one of the founders, and we were quickly joined by, among others, John Gastil at Penn State, Patrizia Nanz at the University of Bremen, and Graham Smith at the University of Southampton.

What are some of the most promising, innovative examples of participatory government you’ve discovered through Participedia or your other research?

Participatory budgeting, first started in Porto Alegre, Brazil, is perhaps the most famous recent model for participatory government.(a) It is interesting that people in cities all over the world are experimenting with participatory budgeting, most recently in Chicago and New York. Citizens Assemblies, used in the past few years in British Columbia and Ontario, Canada to deliberate about electoral rules and arrangements, is also very interesting to me because we in the United States badly need mechanisms to reform the democratic deficits in our electoral system.(b) In developing countries, there are very interesting initiatives that utilize transparency and disclosure to stem corruption and so increase investments in critical public goods like health, education, and basic infrastructure. The social audit work of the MKSS is exemplary in this regard.(c)

2008 was the first presidential election in which social and online media played a major role. How do new forms of communication and media help people participate in their government?

I think there are positive and negative possibilities for social media and digitalization generally in politics. The future is open and mysterious in this regard. For me, on the positive side, I’ve been surprised that in just the past 12 months we’ve seen amazing campaigns of millions of people engaged to change policy and organizational decisions. I’m thinking here of four on-line engagements in particular. We saw huge petitions and web strikes on the part of Wikipedia and other organizations that put the Stop Online Piracy Act (SOPA) and Protect Intellectual Property Act (PIPA) on ice for at least a little while. We saw millions sign the change.org petition to “Prosecute the killer of our son, 17-year old Trayvon Martin.” Hundreds of millions viewed the human rights documentary that Invisible Children produced about Joseph Kony. Finally, Planned Parenthood’s campaign against the Susan G. Komen Foundation’s decision to defund them was a wake up call not just for the Komen Foundation, but for all sorts of NGOs, about the power of social media and the importance of their constituents’ views.

I am somewhat less optimistic about the use of social media by political campaigns. I think that the campaigns will mostly try to use social media in a top-down [way] to broadcast their messages to mobilize voters, rather than in an interactive, two-way, or open dialogue in which they listen to constituents and heed their concerns and priorities. I hope that I’m wrong about this, but I see the campaigns as using web 2.0 in politics 1.0, radio and broadcast, kinds of ways. I’m waiting for the political entrepreneur who finds ways to win campaigns by [harnessing] the full deliberative and dialogic potential of contemporary digital technologies. There is much more dialogue, for example, on the web site of the technology company Apple about the good and bad things about their products and services, what problems people are having and how to solve them, than there is on the official web sites of the Obama or Romney campaigns. This is not because the digital technologies for having on-line discussions are particularly expensive or demanding. It’s just that the strategy of companies like Apple involves more open dialogue with customers than the electoral strategies of major campaigns involve open dialogue with voters. I find that ironic and I hope that it changes. 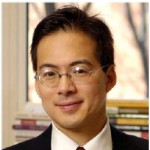 Archon Fung is a Ford Foundation Professor of Democracy and Citizenship at Harvard University's Kennedy School. His research explores how citizen participation, public deliberation, and government transparency contribute to democratic governance. He has published numerous books, journal articles, and mainstream media pieces. Fung co-founded Participedia, a collaborative project to gather information about experiments in participatory governance from around the world. He is also director of the Transparency Policy Project, an effort to research and improve systems that promote government transparency.