In January 2020, three weeks before the pivotal Iowa caucuses, six Democratic presidential candidates met on the debate stage in Des Moines. Given one minute to leave voters with a final closing statement, most strove to draw a sharp contrast between themselves and their would-be opponent in the general election, now-former President Donald Trump. But how they did this varied considerably. Now-President Joe Biden used broad, abstract language that emphasized his view of the big-picture stakes, speaking of “restoring America’s soul” and “leading by example, not by power.” In contrast, Senator Amy Klobuchar used concrete language that focused on specific issues such as health care and schools, emphasizing her pragmatic record of winning elections and passing bills.

This difference in communication style may seem superficial, but research conducted by ourselves and colleagues including Pamela Smith, Laura Huang, Gil Appel, Albert Han, and Andy Wu suggests that how concretely we communicate can have a major impact on how we’re perceived. In particular, our studies have shown that people tend to associate abstract language with power and leadership, and that in general, men tend to speak more abstractly than women — meaning that in some contexts, the way women are socialized to communicate may sometimes make them less likely to be seen as leaders…

This article was produced by Footnote in partnership with University of Southern California Marshall School of Business. 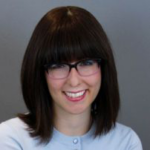 Cheryl Wakslak’s research focuses on how people interact with others across various forms of distance. Much of her recent research looks at communication, exploring when people use more big-picture, abstract language versus more specific language, and how this influences the way they are perceived by others. 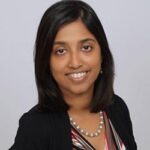 Professor Joshi’s research interests include leadership, business ethics, and entrepreneurship. In one line of research, she examines the role of cultural interdependence on tolerance of corruption in organizations.