By now you have probably read the dramatic headlines proclaiming that eating meat may pose as much of a cancer risk as smoking cigarettes. This breathless reporting comes on the heels of the recent classification of processed and red meats as carcinogens by the World Health Organization (WHO).(a) The WHO’s announcement is obviously important health news, but what does it actually mean for our day-to-day lives? Should we swear off burgers and bacon for good?

Digging into the WHO report, we can see it contains two important types of information.1 The first is the classification of processed meats as Group 1 carcinogens based on the strength of the evidence linking them with cancer. This classification means that, like cigarette smoking, processed meats are definitely capable of causing cancer in humans. In addition to cigarettes, the category of Group 1 carcinogens includes a large number of chemicals (118 and counting) that most of us have never heard of, as well as more familiar substances such as alcohol, air pollution, oral contraceptives, and solar radiation (i.e. sunlight).(b) Red meats were classified as probable carcinogens (Group 2A) and share that dubious honor with anabolic steroids, DDT, shiftwork that interferes with circadian rhythms, and acrylamide, a substance found in burnt toast.

Some of these Group 1 and 2A carcinogens are basically unavoidable, while others can be eliminated through lifestyle choices. How each of us decides which of these substances are worth the health implications comes down to the second key piece of information contained in the WHO report: the risk associated with each substance. Although processed meat and smoking have both been assigned to the same category, this does not mean that they pose an equal risk. Rather, a statistic called the “relative risk” is crucial in determining just how potentially dangerous each of these substances is.

In statistics, a relative risk (or risk ratio) is a number representing the chances of a specific event occurring in a particular group, relative to a baseline or control group. Relative risks are often used in epidemiological studies as a handy method for comparing the incidence of some diagnosis or outcome in one group to the incidence of that same diagnosis or outcome in another, different group. For example, how much does my risk of developing lung cancer increase if I am a smoker, as compared to a non-smoker? The numerical answer to this question is the relative risk of smoking.

Relative risks are typically reported in the media as percentage scores, which can make them seem frighteningly large. Take the WHO’s finding of an 18% increase in colorectal cancer risk for every 50 gram (1.8 ounce) increase in daily consumption of processed meat.(c) An 18% jump sounds like a lot, but for this number to have meaning, it is crucial that we compare it to a baseline of some sort. For convenience, let’s make our control group the average American, and compare that to a hypothetical group of “at risk” individuals who are eating 50 grams more processed meat per day than the average American (who, it should be noted, is already consuming a substantial amount of meat).(d) We’ll call the former “average meat-eaters,” and the latter “above average meat-eaters.”

For perspective, compare these figures to the relative risk of developing lung cancer posed by smoking. Smoking cigarettes increases a man’s lifetime lung cancer risk by 2300%, compared to a man who has never smoked. Women smokers experience a 1300% increase in their lifetime risk, compared to non-smoking women.4 These numbers are much larger than the 18% or 36% increase in colorectal cancer risk that comes from consuming 50 or 100 grams more processed meat than the average American each day.

While the risks are certainly not as large as some in the media portrayed them to be, they are not negligible – the number of worldwide cancer deaths attributable to diets high in processed meats is estimated to hover around 34,000 per year.5 Still, for comparison, an estimated 200,000 cancer deaths per year are attributable to air pollution, 600,000 are connected to alcohol consumption, and 1,000,000 are linked to cigarette smoking. To say that processed meats are as dangerous as cigarettes is true in the sense that both of them have been classified by the WHO as “definitely capable of causing cancer in humans.” Yet saying so is dangerously misleading, as the magnitude of the risk associated with cigarettes is much, much higher.

What is important is that these choices are made from an informed perspective and not based on hysterical reporting, attention-grabbing and click-baiting headlines, or the sharing of such headlines without context on social media. To its credit, the WHO’s report is very even-handed and their website is an excellent source for a balanced interpretation of the research. But framing risk ratios to seem excessively alarming is all too tempting in today’s world of fast and sensational science reporting, and all too lucrative when page views can bring in big money. The next time you see a report on the danger of a given behavior or substance, instead of slipping into an immediate panic or lifestyle reboot, remember the concept of relative risk and ask yourself: “Dangerous relative to what?” 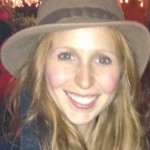 Stefanie Tignor is a fifth-year graduate student pursuing her Ph.D. in Social and Personality Psychology at Northeastern University. Her research examines how emotional experience interacts with personality to predict well-being and prosocial, interpersonally adaptive behavior, with a particular focus on the self-conscious emotions.