This article is the first in a two-part series on the legacy of the 1912 election and the lessons it holds for this year’s presidential contest.

With the approach of what looks to be a divisive election this November, it pays to consider the election of 1912, and not only because of the strange power that anniversaries exert upon the imagination.1 The political climate a century ago was at least as adversarial as our own. Moreover, the main issues dividing both the political class and the general public were manifestations of the same dilemma Americans face today: how to protect and promote freedom while reducing inequality(a) and limiting the power of entrenched interests.

The 1912 election came at a time of crisis in the eyes of many Americans. Since 1896 the cost of living had risen significantly faster than wages.(b) A short but severe financial panic in 1907 had put hundreds of thousands out of work, and the labor market had not recovered.(c) Meanwhile, large corporations and trusts continued to reap hefty profits and amass capital, increasing their influence over the economy and over local, state, and federal government.(d) Immigration had exacerbated urban problems that an influx of rural workers to city factories had already made acute. Many of the problems facing America were economic, but they provoked a constitutional and even spiritual crisis. Increasingly, Americans demanded more popular control over government through means such as the direct election of Senators and the establishment of apolitical federal administrative agencies to check the untrammeled exercise of economic power.(e) The election of 1912 thus became a debate over the very meaning of liberty in America.

The Democratic nominee and eventual winner of the election, Woodrow Wilson, was opposed by not one, but three other candidates: the Socialist Eugene V. Debs and former presidents William Howard Taft of the Republicans and Theodore Roosevelt of the newly formed Progressive Party. The reformist impulse that had seized the nation helped land Wilson the Democratic nomination and affected the other candidates as well. Though he finished last in the race, Debs amassed an unprecedented 1 million votes, remarkable in a nation traditionally hostile to socialism.(f) The Republicans were divided among supporters of the more conservative Taft and the increasingly radical Roosevelt, who bolted their party to form the Progressive Party. Even Taft was forced to spend an unusual amount of energy explaining his party’s platform in ways that would appeal to urban and rural workers that the candidate of a united Republican Party could have ignored. Still, Taft hewed to a vision of a small but effective government whose main duty was the prompt and fair enforcement of existing laws, particularly the protection of private property.

The unity of the Democrats and the personal popularity of the Progressive Party candidate made Wilson and Roosevelt the top contenders. Both offered progressive alternatives to Taft’s vision and, in many ways, Roosevelt’s was the more radical. His “New Nationalism” platform advocated a strong central government to help the average American protect the right to self-government from the encroachments of powerful economic interests. He called for national legislation guaranteeing decent hours, wages, and working conditions, and endorsed unprecedentedly comprehensive social-insurance schemes. Along with national primaries and direct election of Senators, Roosevelt suggested that large economic concerns be federally regulated and in several cases directly controlled by the government.

Wilson’s “New Freedom” platform has been seen by most historians as a more moderate assault on economic privilege. America’s economic injustices, he argued, required a new federal focus on, “regulated competition, not regulated monopoly.” “Freemen need no guardians,” he insisted, and warned that Roosevelt’s New Nationalism would merely shift the locus of economic power from private firms to government fiefdoms equally susceptible to corruption.(g) Nonetheless, in Wilson’s view government did need to be stronger, more active, and directly concerned with ameliorating inequality and combating the intense concentrations of economic power that so often corrupted politics.2 Wilson’s policy program was designed to curtail competition-stifling practices, rein in the power of monopolies, correct distortive tariffs, and ensure availability of credit at fair terms—goals Wilson and his advisors thought key to providing Americans the time, means, and energy to participate in public life.

Wilson’s vision, in the end, was most appealing to Americans in 1912. In the four-way race he won forty-two percent of the popular vote and a large majority in the electoral college. He carried forty of forty-eight states and helped deliver Congress to the Democrats. The question, for historians and contemporary political analysts, is why? The most common reason offered for his victory is, paradoxically, both the most explanatory and the most misleading. Although Roosevelt did not run as a conservative directly competing with Taft, most scholars emphasize the Republican party split as the main factor behind Wilson’s victory. Given the recent hand-wringing over this year’s drawn-out, acrimonious, highly publicized Republican primary contest, one might assume that the relevant lesson of 1912 is: party unity trumps all.

That lesson, however, must be supplemented by another that also highlights the parallels between today’s political climate and that of a century ago. Wilson appealed to a plurality of voters because he refused to cater exclusively to a narrow coalition of interest groups in his own party, however vocal or historically influential. In the midst of economic upheaval and real (as opposed to metaphorical) class warfare, Wilson took a middle road between the Republican Party’s allegiance to private wealth and the Progressive Party’s faith in a paternal state. His “common-counsel” ideal appealed to those Americans who still believed that genuine democracy required discussion and compromise, and that effective government involved trial, error, and adaptation to shifting circumstances. In short, the 1912 election suggests that President Obama might be on the right track. Those on the left who are enraged by Obama’s compromises on key policy issues and those on the right who assail him as an eat-the-rich populist must contend with the fact that ideological purity has rarely won elections, and even more rarely solved problems.

To learn how Wilson’s election changed the course of American history, check out A Hundred Year Legacy: The 1912 Election’s Lasting Impact. 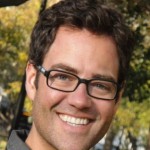