While President-elect Biden has called for unity, the aftermath of this year’s election leaves America seemingly more divided than ever. Protestors of all stripes were out in the streets in the weeks after the election, sometimes clashing violently. As Democrats celebrate Trump’s ouster, more than 70 percent of Republicans believe the election was rigged, making them unlikely to view Biden as a legitimate leader.

How did our country become so divided? Our media landscape, with its online echo chambers and partisan outlets, certainly plays a role. So does an ever-widening cultural rift between rural whites and diverse city-dwellers, red states and blue states. But one of the biggest forces driving polarization is often overlooked: It’s a deliberate strategy that politicians use to get elected…

Read the full article at The Hill.

This article was produced by Footnote in partnership with USC Marshall School of Business. 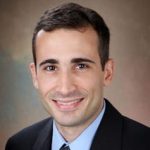 Odilon Camara is an economist who specializes in microeconomics and political economy. He studies how individuals strategically use information to persuade decision makers. He also studies the extent to which voters can use re-elections to create political accountability and discipline elected officials. Before receiving his Ph.D. from the University of Illinois, Professor Camara worked in the banking industry.