This article is the first in a series. In the second article, Dr. Connell discusses how to build educational products based on research and describes how his company, Native Brain, is creating tools that bring the number sense curriculum to students across the country and around the world.

When it comes to math, American students lag behind their counterparts in many European and Asian countries, as do American adults. Our nation’s fourth graders are outperformed in math by students from Singapore, Korea, Japan, Northern Ireland, and Hong Kong, while the U.S. ranks 19th in adult math skills among advanced democracies.

These problems exist despite the fact that we spend $1.3 trillion a year – nearly 9% of the American GDP – on education.

Why is such a promising system failing its students?

I have pursued this question throughout my career in education research and technology, and I am convinced that the solution is to develop educational products and curricula based on a scientific understanding of learning and motivation. Research should guide the development, refinement, and evaluation of educational innovations so that products and programs are rooted in what we know about how children and adults learn.(a) This approach will enable us to create powerful learning experiences that transform lives while drastically lowering the overall cost of public education.

In the 1990s, a group of cognitive psychologists and education researchers led by Sharon A. Griffin, Robbie Case, and Robert S. Siegler observed that children from lower-income homes tend to do poorly in elementary math while children from middle- and upper-income homes tend to perform much better.(b) They discovered that children from different socioeconomic backgrounds show up on the first day of kindergarten with wildly different levels of understanding about numbers.1

The researchers reasoned that this difference in prior knowledge must result from different life experiences before children enter school. Some parents, for example, spend more time talking to their children about numbers, pointing out prices in the grocery store, and playing games with cards, dice, spinners, and other objects that involve numbers. Through their investigations, the researchers identified a specific set of concepts and skills that children in one group had but children in the other group were missing. Together, this set of concepts and skills make up a “mental number line,” and understanding the mental number line in turn enables what is called number sense.(c)

In an effort to reduce the math performance gap, the researchers worked with the lower-income children in small groups to teach them the mental number line. These lessons added up to about 15 hours throughout the school year; the rest of the time the students participated in the regular math curriculum at their school with the middle- and upper-income children. At the end of the year, the researchers were surprised to find that they hadn’t just reduced the knowledge gap – they had erased and possibly even reversed it. The lower-income children were showing a greater understanding of some aspects of numbers than their higher-income peers. They continued to excel in math for years, with minimal additional support outside the regular curriculum, eventually outstripping their higher-income peers. The researchers repeated the study in six different schools across three different geographic regions, always with similar results.

This research demonstrated that it is possible to take virtually any elementary school student – no matter their background – and reliably put them at the top of the class in math, where they will stay for years. Yet, while this line of research began in the 1980s, the majority of children in the U.S. are still not proficient in elementary math.(d) We have had a proven solution for a long time, but for some reason we aren’t using it.

The Gap Between Research and Practice

Unfortunately, this pattern is all too common. There are many good ideas in education, but only a small percentage of them are systematically evaluated for efficacy, an even smaller percentage actually show strong and generalizable results, and a small subset of those approaches get commercialized.

One reason for this narrow pipeline is the issue of scaling. It is difficult to design an educational experience that is demonstrably effective for just one child, even under the most favorable conditions. Now imagine the difficulty of making that educational experience work for every child, representing every possible combination of individual abilities and dispositions, classroom conditions, and family circumstances. If succeeding with one child is challenging, succeeding with every child is easily a thousand times more so.

Another issue is the acceptance within the industry of products and curricula that are not based on learning science. When I worked as a software design engineer at a well-known educational technology company, I showed up eager to help them tap into research on learning and motivation to develop cutting-edge educational software. I was dismayed to find that they developed products not by consulting research but by gathering former teachers in a room to brainstorm product ideas, then handing conceptual descriptions to the software engineers. There were no formal methods for measuring the effectiveness of the products either. This company was selling significant amounts of software into numerous schools with very limited evidence of its value.

We must find a way to address these challenges and make promising educational research discoveries like the number sense curriculum available to every child. We know that the achievement gap between low- and high-income children starts early and has negative effects that can last a lifetime. The good news is that research indicates ways we can close the gap, if we are willing to invest in the development of better learning tools that leverage this research and to ensure that the expected impact is achieved when we deploy these tools on a large scale.2 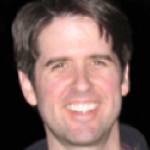 Dr. Connell is CEO of the educational technology company Native Brain, which produces adaptive learning technologies to support every child's success in math. He has been a Software Design Engineer at Microsoft Corporation, Sunburst Communications, Inc., and Lexia Learning Systems, Inc.; a faculty member at the Harvard Graduate School of Education and Dartmouth College (Educational Neuroscience program); and an educational consultant to schools, non-profit organizations, the federal government, and corporations.