Can games serve as a vehicle for education? What can, for example, the anti-pig fury of Angry Birds’avian avengers teach players about the laws of physics? What we know about learning and human development suggests that games and other forms of imaginative play can serve as a valuable educational tool and powerful complement to traditional stand-and-deliver instruction.

Prominent learning theorists, including Lev Vygotsky, Jean Piaget, and Mihaly Csikszentmihalyi, have emphasized the importance of play in the development of abstract imaginative thinking and the realization of goals children cannot yet achieve in real life. For instance, a three-year-old unable to ride a horse can sit on a broken tree branch and imagine riding. Like other animals, we use games to mimic activities and roles for which we need to prepare, such as playing “house” to emulate adult social interactions or cooking with an Easy Bake Oven to get the gist of meal preparation.(a)

The concept of play as a form of learning isn’t a new idea. Plato’s The Republic first drew attention to the relationship between playing pretend and education more than 2,500 years ago. By introducing a philosophical lesson in the form of a dialogue, Plato created a game to be played by young philosophers performing as Socrates and his interlocutors.(b) Readers who engage with Plato’s performance of Socrates are intentionally ushered into reflecting on their own actions, thoughts, and opinions to become the best philosophers they can.2

More recent analyses of education from the perspective of play expand the definition of learning to include narrative, social collaboration, and performance.3 Examples of this approach include reenacting historical events, such as roleplaying as the Supreme Court justices in the 1857 Dred Scott case, and developing communities around competing ideals and values, like model United Nations clubs. Educators have also created videos, such as The Adventures of Jasper Woodbury and The Voyage of the Mimi, that weave together narratives with lessons on how math and science concepts work in the real world.4

The long-standing importance of play in learning and human development can help inform efforts to incorporate new technologies into education.5 The word “game” means something different today than it did several decades ago, before electronic games overtook our televisions, smart phones, computers, and tablets. Video games are now played by 97% of American teenagers and 53% of adults, fueling a global market worth more than $90 billion. For many young people, electronic games have come to fill a role similar to traditional toys. Titles like Civilization and World of Warcraft roughly mimic war or cop-and-robber games, while The Sims – the equivalent of a virtual dollhouse – encourages practice with time management, household maintenance, and child-rearing.

In some ways, electronic games offer more than traditional toys. Their immersion and built-in instruction can provide learning experiences not possible on the playground. Players can direct learning at their own pace, test the consequences of different choices, and access problem-solving opportunities they may never see in day-to-day life. The imaginary worlds contained within video games can allow students to explore the meaning and implications of κλέος (honor) by portraying Hercules or determine how to clean up a major oil spill in the Gulf of Mexico by roleplaying as a scientist.

These advantages also make video games a valuable supplement to classroom lessons. As any teacher or student knows, real-world events can’t always be replicated within structured 45-minute class periods. For example, a forensic science class experiment might be a bit thin compared to the learning experience of studying evidence at a live crime scene.6 Electronic games, in contrast, offer the possibility to explore the deep ocean and outer space, or even imaginary worlds that hold lessons for our own.

While electronic games clearly hold a great deal of potential, teachers and educational psychologists are still trying to understand the best ways to use them as a tool for education. A look at the academic field of learning theory may help provide the answer. Prominent educational psychologist Jerome Bruner – well known for his theories and experimentation with cognitive development, scaffolding, and narrative in education – articulated four major principles of instruction built on three well-established psychological mechanisms.7 These principles offer valuable guidelines for developing educational electronic games.

1. Move outside traditional “stand-and-deliver” classroom instruction to concrete, applicable activities. This principle is based on the theory of situated cognition, which posits that learning is an active process governed by the detection of and response to environmental cues. In other words, knowing is inseparable from doing.8 Because immersion in a story or game is inherently personal and active, fictional environments that mimic real-world situations offer an excellent way to meet this objective.9 For example, Vanderbilt’s Cognition and Technology Group has captured this instructional practice with story-based math problems and educational videos.(c)

2. Guide instruction along a clear path toward a relevant objective. Learning works well when it requires a student to adopt goals, form a plan to reach those goals, and work step by step to achieve them. Well-designed alternate reality and roleplaying environments align the game’s objectives with the long-term goals teachers have for their students. This promotes a step-by-step learning experience in which feedback from the virtual world pushes players toward real-world learning, problem-solving, and social skills.11 The educational alternate reality/roleplaying game Operation LAPIS, for example, builds students’ Latin language and cultural proficiency by having them translate inscriptions and socially construct their learning in a civilization-saving mission.12

3. Ensure all learning activities provide impetus for discussion and collaboration. Social learning occurs when two or more individuals collaborate to solve a given problem. A more knowledgeable individual can guide a relative novice to a shared solution by asking leading questions and encouraging evaluation and synthesis of ideas. More equally matched learners can help one another see similarities and differences between their learning experiences and combine their perspectives to improve the group’s overall understanding. One game-based learning experiment at a Japanese university revealed that even when only one student in a large lecture played an English language game, the audience observing the game demonstrated improved language comprehension, achieving almost double the player’s vocabulary gain.13

4. Encourage and discourage behaviors with rewards and punishments. This principle is rooted in the concept of operant conditioning, which is the use of feedback to alter behavior, such as giving a potty-training child a piece of candy each time they use the toilet. While conditioning isn’t necessarily the most sophisticated way to teach a desired behavior, it can be invaluable for encouraging repetition of a task or learning activity.14 In an educational science fiction game, for example, the player might earn a targeted shot from a UFO-blasting cannon in return for correctly answering a math problem. Assuming the player wants to save the planet, the reward – targeted cannon shots – will continue driving them to correctly answer problems until the aliens give up and flee.(d)

As educators and game developers put these theories into practice, academics are beginning to evaluate the potential of electronic games to facilitate learning. The most widely studied science and language arts game, Quest Atlantis, has been shown to positively influence the quality of students’ writing and their math and science test scores. In Quest Atlantis, players learn through humanitarian missions, such as saving fish in a fictional national park using knowledge from environmental science and ecology.15 Experiments targeting language learning in World of Warcraft and personal health in Dance-Dance-Revolution have led to statistically significant changes in student performance in language and physical education classes, respectively.16

Though much of the research involving game-based learning is still in its infancy,(e) we stand on the edge of a bright horizon. New studies are constantly under development, and annual conferences like THATCamp Games and the University of Wisconsin-Madison’s Games+Learning+Society have evolved into productive, collaborative places for researchers and educators to debate theories, share experimental models, and demonstrate novel game-based approaches to teaching.

The potential to shift the instructional paradigm and unlock the educational power of video games may lie in combining existing learning theory with the mass of data on electronic games that education researchers are currently filtering through.(f) If learning psychologists can isolate the ways gaming induces critical thinking, learning, and awareness of the world around us, future educators may be able to bring students together to save both Mario’s Mushroom Kingdom and their own puzzle-laden world in ways not currently possible. 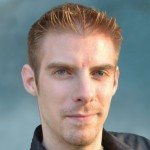 Stephen is an adjunct professor and Ph.D. candidate in Educational Psychology at the University of Connecticut with a Bachelors of Science in Molecular and Cellular Biology and Masters in Curriculum and Instruction. His primary research interests include the situated nature of play for academic achievement and prosocial learning through MMORPGs.