Diamond, a cognitive neuroscientist at the University of British Columbia, discussed how children develop a particular set of skills, called executive functions, that are essential to success in school and throughout life. She also addressed a topic practitioners in the room were eager to hear about: what educators and caregivers can do to help children who lag behind.

Diamond’s presentation kicked off a day-long symposium in October 2014 that was the culmination of months of planning by a group of students (including Nussenbaum), professors, and leaders from local organizations. They were participants in a program called TRI-Lab that connects education and research to real-world problem solving.

TRI-Lab is part of a university-wide effort to foster collaboration between students, faculty, and the broader community and promote “engaged learning” that blends theory and practice.1 This new effort, the Engaged Scholars Program (ESP), expands the Brown educational experience by supporting students’ involvement in internships, volunteering, research, entrepreneurship, and other forms of experiential learning that complement their academic studies.

A key element of ESP is the integration of opportunities for research and practice into student concentrations (majors) within departments.(a) Another component is interdisciplinary programs like TRI-Lab, which has students collaborate with faculty and community leaders to learn about pressing challenges in the local community and pursue solutions to these problems.

The theme for TRI-Lab’s inaugural year was early childhood development, with a focus on the health and well-being of Rhode Island’s children.(b) Nussenbaum, who graduated in May with a degree in cognitive neuroscience and a focus on brain development, wanted to pursue engaged scholarship through TRI-Lab because of the unique chance it afforded to engage with the community outside the university.

“It seemed like the perfect opportunity to wrestle with some of the questions I had already been [considering] in a more tangible way,” Nussenbaum says. “How do I devote myself to research but still feel like I’m doing good in the world? How do I make sure the research I’m doing is relevant?”

Over the course of the year, she worked with and learned from fellow students specializing in cognitive science, public health, and urban education, as well as experts like Steve Buka, chair of the Department of Epidemiology at Brown’s School of Public Health, and Leslie Gell, director of Ready to Learn Providence, a local organization that works to improve early childhood education for low-income children.(c)

Nussenbaum, Gell, and Buka’s TRI-Lab group wanted to narrow their focus to a topic in child development that was of interest to both researchers and practitioners. Executive functions was a natural fit, as it has received a great deal of attention in both the academic and education worlds in recent years.

Executive functions are the cognitive processes by which our minds manage thought and behavior. They include the ability to juggle various pieces of information (working memory), to shift between thoughts and perspectives as a situation changes (cognitive flexibility), and to choose whether or not to engage in particular thoughts and actions (inhibitory control).

Almost everything we do that involves higher-level thinking relies on executive functions. They enable students to engage productively in class discussion, following the thread of conversation and contributing at the right moment. Studies have found that deficiencies in executive functions can lead to poor performance at school and work, substance abuse, violence, and a host of other challenges.2 Research3 has also shown that children from higher-income households perform better on tests of executive functions than children from lower-income households.(d)

This disparity has drawn the attention of educators because it may offer a potential explanation for – and possible solution to – the wide disparity in educational achievement between students from different socioeconomic backgrounds. If researchers and educators can figure out how to improve the executive functions of low-income children to match those of their high-income peers, we may begin to close the stubborn achievement gap.(e)

Solving this problem requires first closing another gap – between how academics think about “executive functions” and how the term is used in the early education world. By bringing together a diverse group of stakeholders, TRI-Lab revealed points of divergence between the worlds of research and practice. While both are concerned with similar problems and share common goals, they don’t communicate often and, when they do, they speak different languages.

The purpose of the TRI-Lab symposium – and the research brief the group produced to accompany it – was to close this gap and align practitioners and researchers on what executive functions are, why they matter, and how they can be improved.6 A corresponding goal was to encourage researchers who study executive functions to think about the educational needs and challenges of the community and how their research might be applied in the classroom and the home.

For practitioners like Leslie Gell, it’s the application of research that is most essential. Her organization recently received a $3 million dollar grant from the U.S. Department of Education to implement a program designed to strengthen executive functions in elementary schools across Providence.(f) Understanding the research on what works is essential for practitioners like Gell who are trying to improve executive functions among low-income children.7

As for Nussenbaum, she won a Rhodes Scholarship to study the science of attention, memory, and learning at Oxford. Seeing the myriad ways different people approached the same problem in TRI-Lab helped her realize that she wants to focus her efforts on research. The program also made a lasting impression on how she wants to conduct her academic work.

“Even though I’ve decided to pursue the research path, it’s really important to… be thinking about how this research can eventually be applied, how I can do work to make sure the applications of this research actually move forward,” says Nussenbaum. “Those are definitely questions that are going to remain on my mind.”

Another lesson Nussenbaum learned from her engaged scholarship at Brown? There are no easy answers to the question of how to connect academic research and real-world policy and practice. It was challenging for a group of people with diverse backgrounds, interests, and goals to come together and develop a high-impact project everyone could contribute to.

Yet while there may not be a clear-cut path for how to do this kind of work, it all starts with expanding student learning to the world beyond the classroom. 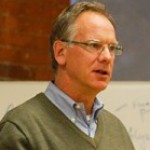 Allen Hance is the Director of Engaged Scholarship at the Swearer Center for Public Service at Brown University, where he works with students, faculty, and community partners to develop pathways for community-engaged learning and research. Dr. Hance is the director of TRI-Lab. He received his Ph.D. in philosophy from Boston College. 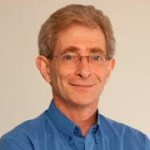 Stephen Buka is an epidemiologist and developmental psychologist whose work focuses on the causes, development, and prevention of major psychiatric and cognitive disorders. He is the Chair of Brown's Department of Epidemiology and the Director of its Center for Population Health & Clinical Epidemiology. He received his Sc.D. from Harvard University's School of Public Health. Stephen was the faculty co-chair of TRI-Lab's pilot program on early childhood development.