The halls were filled with excitement at the AS220Youth studio in Providence, Rhode Island, as students eagerly guided a visitor through a fashion design and sewing room, a recording and musical engineering studio, a silk-screening lab, and other spaces where creative projects were taking shape.(a)

Dr. Michelle Bach-Coulibaly was visiting the arts education program to interview participants as part of a research project on after-school programs. One of the young people she spoke with described their experience with the program as follows: “If you’re feeling hurt, if you’re feeling bad at home, you can come to AS220Youth and through the music and through the art you can get some sense of healing.”

Can arts programs like this one provide young people with positive experiences that keep them out of trouble? What impact does participation in after-school activities more generally have on crime? We set out to address these questions by analyzing data on after-school program participation and juvenile crime in our home state of Rhode Island and by visiting four prominent local youth arts programs and conducting interviews with participants and staff.

The Potential of After-School Programs and the Arts

Helping young people steer clear of crime has the potential to impact not only their lives as individuals, but also the social and economic well-being of their communities. The costs of crime affect nearly everyone: individual victims, perpetrators, and their families; state and local governments whose budgets are straining under growing criminal justice expenses; and communities where high crime rates reduce business and investment activity and depress property values.1

One potentially promising approach to reducing juvenile crime is through after-school activities like arts programs, sports, music lessons, and academic programs. Existing research suggests that after-school programs can have both negative and positive effects on juvenile crime. They reduce the incentive to commit crime through expanded adult supervision and the development of human capital (the knowledge and abilities that make people more productive and economically competitive).2 At the same time, expanding the amount of interaction among adolescents has been shown to raise violent crime.3

What about arts-based after-school programs? There is limited research on the impact of these kinds of programs on juvenile crime, but there have been studies on the effect of engagement in the arts more broadly. A review of existing research found that socially and economically disadvantaged young people who had high levels of arts involvement (in or out of school) performed better academically and showed greater civic engagement than their peers with lower levels of arts involvement.4 Another review found that arts programs in schools are related to a wide range of academic and social benefits, such as improved performance on standardized tests and greater participation in community service.5

Our research sought to estimate the impact of educational after-school programs on juvenile crime in Rhode Island.(b) Because we matched program participation and crime data from the same time period, our analysis focuses on the immediate effect of after-school activities on crime – for example, what might be achieved by keeping teens occupied and off the street – rather than the long-term impact produced by lasting shifts in behavior.

We matched the rates of participation in educational after-school activities with the level of juvenile crime in each city or town over the same academic year. We then used three statistical models to analyze how program participation rates and crime changed within Rhode Island’s 39 cities over a five-year period.8

Two of our statistical models (IV and OLS) indicated that participation in educational after-school activities lowers juvenile crime rates (in the short-term), especially in lower-income cities. The most rigorous of the three approaches, the IV model, showed that a 10 percentage point increase in the share of students participating in educational after-school activities causes juvenile crime to fall by 4.2% on average and by slightly more – 5.4% – in lower-income cities. The OLS model found that a 10 percentage point increase in participation lowers juvenile crime by 2.5%. The FE model also showed an increase in participation connected to a decrease in crime, but the results were not statistically significant.

Although the size and statistical significance of the effect varied across the three statistical models, the most rigorous and therefore preferred model (IV) clearly showed that increased participation in educational after-school activities has a significant, short-term causal effect on juvenile crime.

Having established a causal relationship between participation in educational after-school activities and reductions in juvenile crime in Rhode Island, we examined one type of program in depth: arts-related programs. The state has an existing foundation of programs in this area that can offer valuable lessons on how to steer young people away from crime and onto a more positive path.

We conducted qualitative research at four longstanding local organizations – AS220 Youth, Everett Dance Theatre, RiverzEdge, and New Urban Arts – to identify the characteristics that make arts-based after-school programs effective and to collect narratives of how such programs impact the lives of at-risk youth.(c) We visited and toured each site, observed program activities, attended community events, and conducted formal and informal interviews with program directors, faculty-mentors, current and former participants, and board members.9

Our research indicates that ongoing participant engagement is one crucial ingredient of a successful youth arts program. To have an impact, a program should offer activities that are attractive to youth and keep them involved year after year through philosophies and practices that create a sense of belonging and responsibility to the longevity of the overall program. Young people’s involvement in the programs often evolves over time, as they take on leadership and peer mentorship roles and eventually graduate to being board members, young entrepreneurs, and professional artists creating and teaching in the community.

Successful programs also tend to emphasize family and community engagement. They encourage family involvement in programs and events and promote active participation in improving the community through creative and civic engagement projects. Effective program directors are civic-minded professionals who know their constituents and are committed to supporting broader community goals around youth development, career preparation, and educational advancement.

Lastly, effective programs provide tangible opportunities that actively shape participants’ future success. Along with access to state-of-the-art equipment and technology for a wide variety of artistic practices, they offer training and social enterprise opportunities that lead to real jobs and sustainable entrepreneurship. They also commit resources to helping students graduate from high school, apply to college, and obtain scholarships and internships.

Our interviews also provided anecdotal evidence supporting the effectiveness of these four programs in mitigating a vicious cycle of poverty, trauma, juvenile crime, and general disenfranchisement. Participants commonly testified that the programs “saved their lives,” kept them out of jail, or provided them with “a home, a career, and a family.” These claims were supported by program directors and mentors who reported witnessing students transform from troubled youth into productive community members.

After-School Programs and the Arts as Tools for Youth Development

The Everett Dance Theatre operates one of the oldest after-school programs in Rhode Island and has been a model for other organizations in the region for nearly three decades. During our interviews, a participant shared his story of years of poverty, gang membership, and, eventually, incarceration. He credited the Everett Company with saving him from a life of crime and hardship, stating that the program “changed the course of my life forever.”

Although this is just one person’s story, it illustrates how youth arts programs, and after-school activities more generally, might reduce juvenile crime rates and promote positive youth development. Our econometric analysis supports the conclusion that educational after-school activities are associated with reductions in crime. These potential benefits should be weighed against the costs of funding after-school programs, as well as alternative approaches to reducing juvenile crime and promoting youth development.

Our research suggests that arts-based after-school programs might serve as a tool for helping at-risk youth in Rhode Island and are an approach deserving of further exploration. One first step would be for RIDE to collect more detailed data on the types of activities students participate in, so researchers can identify which have the greatest impact and compare the effects of these activities to the outcomes of other types of interventions. If further research indicates that the opportunities granted by programs like AS220Youth and Everett Dance Theater can help put young people on the path to stability, educational attainment, and career success, the result will be a healthier local economy and a safer society. 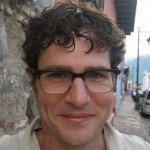 Matthew Gregg is an Associate Professor of Economics at Roger Williams University, where he began as an Assistant Professor in 2005. Matt’s research focuses on economic history, applied econometrics, economic development, and, in particular, American Indian economic history. 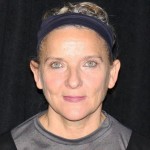 Michelle Bach-Coulibaly, recently honored as one of Rhode Island's Women of Distinction, is a long time teaching artist-activist in Rhode Island and Connecticut. Her work encompasses directing and developing new work for the stage and film and in schools that address important social justice issues. She has been on the faculty of Brown University's Department of Theatre Arts and Performance Studies since 1987, and a core faculty member of the Eugene O'Neill Theatre Center's National Theatre Institute since the early 1980s. 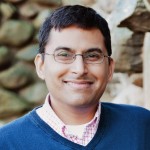 Rupayan Gupta is Associate Professor of Economics at Roger Williams University, RI. His areas of expertise are Public Economics, Political Economy, and the Economics of Conflict. His research includes designing international institutions for global security, analysis of conflict in disputed regions, and the study of global remittance patterns.