The world of academia is sometimes portrayed as an “ivory tower,” preoccupied with narrow concerns that are far removed from the everyday lives of those outside the university walls.(a)

In our experience, this perception couldn’t be further from the truth. Scholars on campuses across our home state of Rhode Island are developing technologies that might one day allow us to control computers with our minds, researching innovative solutions for tough challenges such as poverty and affordable housing, and cultivating a love of literature and the arts in their students and the broader community. They are preparing students to tackle societal challenges, to lead and innovate, and to thrive in Rhode Island’s evolving economy after graduation. In sum, many of our scholars are engaging deeply with the world around them and striving to see their work have a broad impact outside the university walls.

The National Center for Science and Engineering Statistics reports that, each year, $65 billion is spent on research at U.S. universities.1 This academic knowledge and expertise represents a massive resource whose value is only partially being tapped by the broader community.(b) The presidents of the 11 colleges and universities in Rhode Island have pledged to do more to increase the reach of the knowledge present at their institutions.

In 2013, the College and University Research Collaborative (the Collaborative) was launched by the Association of Independent Colleges and Universities of Rhode Island in partnership with the state’s three public higher education institutions. Supported by the leadership of Gov. Lincoln Chafee, House Speaker Gordon Fox and Senate President Teresa Paiva Weed, the Collaborative is an innovative project to expand the use of expertise from the state’s higher education institutions by connecting it with policymakers.

As a unique model for action research, a term for scholarship that engages those who can use research findings (in this case, policymakers) in the research process itself, it aims to produce knowledge that is more directly applicable to real-world challenges and concerns.

For the Collaborative’s inaugural year, our Panel of Policy Leaders, who represent the governor’s office, the Senate, the House of Representatives, and Commerce RI, have identified three economic development areas they would like research and information on: advanced manufacturing, arts and culture, and regional competitiveness.

Scholars are currently conducting small research projects to address specific questions in these areas, with the goal of producing actionable findings that can help inform policy discussions. Footnote is partnering with participating scholars to produce articles and research briefs that make their findings accessible to policymakers, as well as to members of the broader community. The Collaborative is focused not just on research, but also on creating a robust network of scholars from across the state who are experts in their fields.

The colleges and universities in Rhode Island have partnered with our organization to create an opportunity for academic research to have a broader impact by providing policy makers with research on critical issues affecting our state. We hope the knowledge from campuses throughout the state can enrich the political decision-making process. By connecting academics and policymakers who share the goal of creating a more vibrant economy for the entire Rhode Island community, the Collaborative offers a unique opportunity for engaged scholarship and informed policymaking.

A version of this article was published in the Providence Journal on February 15, 2014. 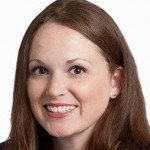 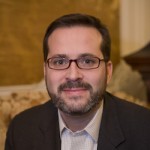 President
Association of Independent Colleges and Universities of Rhode Island