Is the American political landscape increasingly divided? What truth is there to the common complaint that the gap between left and right has widened and grown more hostile in recent years?(a)

Ideological polarization among members of Congress has been steadily increasing since the 1970s and is now at its highest level in more than a century, making it difficult for politicians to find common ground when they need to work together. What is unclear is whether this trend is now being reflected in similar polarization among the American public.1 A 2012 Pew Center study of over 3,000 average Americans found the greatest differences in values and beliefs between self-declared Democrats and Republicans since Pew started conducting the survey in 1987.2 Still, on almost half (19 out of 45) of the substantive questions the researchers analyzed, there were high levels of agreement (66% or higher) among all respondents, regardless of party or ideology.(b) How is it that the gap between Democrats and Republicans is wider than ever, yet people from both sides still agree on a number of issues? Seemingly conflicting findings such as this make more sense if we shift our framework for understanding public opinion from a world of fixed, standard ideologies to a complex landscape that incorporates multiple competing discourses.

Some of the more interesting results from Pew’s 2012 survey are the seemingly opposed statements endorsed by large majorities of respondents. For example:

Confusingly mixed survey results like this are common and they re-confirm the long-standing observation that most members of the public do not organize their opinions along standard Left-Right ideological lines.3 This could be because there are many competing ideological frameworks that do not conform to contemporary political liberalism or conservatism, including libertarian, populist, and faith-based outlooks. Still, even these alternative frameworks do not explain why the same survey respondents sound libertarian or populist in response to some questions but draw on a different perspective in response to others. To understand this pattern, we need a new theory of opinion formation.

In my upcoming book Making Sense of Public Opinion, I propose that the building blocks of opinions are conventional discourses, which are simple mental schemas that rely on easily grasped ideas and often formulaic language.4 These discourses circulate within opinion communities, the various groups people belong to within which opinions are expressed. Every person participates in multiple opinion communities, ranging from face-to-face ones like friends and co-workers to dispersed ones such as networks of followers of Twitter feeds or national media figures. From their different opinion communities, people derive a wide mix of conventional discourses. In lengthy interviews I conducted in North Carolina, I found that my interviewees, whether they were millworkers or lawyers, would segue from one such conventional discourse to another, often zigzagging between ones that seemed opposed.

For example, “Daniel Shane,” an evangelical Christian, registered Republican, and small businessman, would probably agree with both of the Pew Center statements about business listed above.5 Using a question that the National Opinion Research Center has posed to national samples, I asked him which statement he agrees with: “The government in Washington should do everything possible to improve the standard of living of all poor Americans,” or, “It is not the government’s responsibility, and […] each person should take care of himself.” Daniel echoed the largest share of the NORC survey respondents for the last quarter century in saying he agrees with both statements. When I asked him to elaborate, he moved from the comment, “There is enough opportunity here, in America, for people to be able to look after themselves,” (a representation of what I call the Land of Opportunity discourse) to, “You do feel like with all the money you pay in taxes for everyone, whether it’s a business or personal income tax, you should be getting a lot more from the government than what you are,” (the Contributors Deserve Benefits discourse) to, “The doctors here are mainly out for a dollar and that’s a shame because there are a lot of people that really need help, but they can’t get it and can’t afford insurance,” (the Greed of Corporations and the Rich discourse) to, “I don’t think the government, I think the government should stay out of people’s lives as much as possible. It’s up to, if you’re going to make it or break it, it’s up to you,” (the Self-Reliance discourse). His opinion on this topic is typical of my interviewees: a mix of heterogeneous discourses as well as discourses that do not conform to standard Left-Right ideologies, like the Contributors Deserve Benefits discourse, which begins with conservative-sounding complaints about high taxes but draws the liberal-sounding conclusion that taxpayers deserve more government services, not fewer.(d)

Daniel and many other members of the public express a complex array of viewpoints because the political messages most people encounter are not framed as broad values or ideologies. Instead, people are exposed to conventional discourses, which are more bite-sized and easier to mentally grasp and repeat. From each of our multiple opinion communities we draw different sets of these talking points, and political like-mindedness is not the only basis on which we choose opinion communities. We may look for, or end up with, people like us in age, occupation, leisure interests, or preferred rhetorical style (e.g., pragmatic, cynical, or moralistic). The discourses of social groups like these may have a kind of coherence that defies ideological categories. While there are demographic and new media trends that may be leading Americans away from opinion communities in which they are exposed to views different from their own, most Americans still belong to a wide range of groups. Within their numerous, ever-changing opinion communities, Americans are picking up a potpourri of conventional discourses that will continue to surprise analysts who expect standard ideological alignments. The issue of whether the American public as a whole is ideologically divided disguises the more basic split within ourselves, as each of us cobbles together a perspective composed of multiple competing, sometimes conflicting discourses. 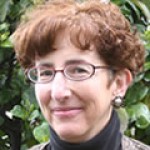