The withdrawal of U.S. troops from Iraq last December and the continued drawdown of forces in Afghanistan has been hailed as an end, or at least the beginning of an end, to the U.S. wars in the region.(a) Yet the costs and consequences of the conflict continue to accumulate, both at home and abroad.

Even as our active military engagement in Iraq and Afghanistan winds down, veterans and their families are just beginning to cope with the changes the war has brought to their lives. The American government has a commitment to support these men and women as they live with the aftereffects of war. Many veterans are eligible for free or subsidized healthcare for life; disability payments for wartime injuries; and other educational, housing, and employment benefits.1 As of February 2011, half of returned Iraq and Afghanistan veterans had obtained treatment from the VA healthcare system and a third were receiving benefits for service-related disabilities.2

All told, the U.S. government will spend an estimated $590 billion to $930 billion over the next forty years caring for the 2.3 million U.S. soldiers who served in Iraq and Afghanistan. A projected $390 to $590 billion will go to disability benefits from the VA or Social Security, while up to $350 billion will be used to fund healthcare for veterans.(b) To put these numbers in perspective: Taxpayers have already spent over $30 billion on veterans’ healthcare and disability compensation since the fighting began a decade ago. The government will spend at least twenty times this amount over the next four decades.

As one would expect, the complications and costs of veterans’ health problems increase with age. Based on data from previous wars, annual expenditures on our obligations to Iraq and Afghanistan veterans are expected to climb for years until peaking thirty to forty years after the fighting ends.(c) Trailing expenses for these wars may actually be greater than for previous conflicts because recently returned soldiers are accessing medical services and disability benefits at higher rates than veterans of earlier wars. As new medical and military technologies have steadily increased wartime survival rates, seriously injured soldiers who previously would have died on the battlefield now have a chance to make it home, though many go on to face a lifetime of challenges. 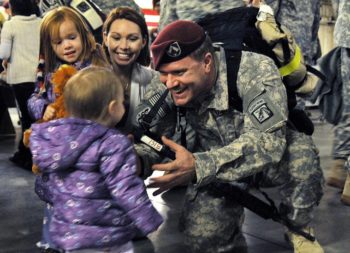 Iraq and Afghanistan veterans are also experiencing higher rates of mental health issues and PTSD than veterans of previous wars.(d) While some of the increase is due to more widespread awareness of the “unseen wounds” of war and a greater willingness on the part of soldiers to seek treatment, the intense stress of service in the recent conflicts is also a contributing factor. Many soldiers have served multiple, extended tours of duty. The lack of clear “front-lines” in the conflicts and the assignment of less stressful support tasks (which once served as a relief break for soldiers) to private contractors means troops are exposed to nearly constant stress.

Though the cost of caring for veterans will eventually make up around one-fifth of total spending on the Iraq and Afghanistan wars, conversations about the price of war typically focus on the current costs of the military conflict and ignore less immediate expenses. Because the costs of supporting veterans are large, long lasting, and mostly fixed, they ought to be accurately accounted for in long-term financial projections. The US has not set aside any funds to provide for its obligations to veterans, which will almost certainly result in a serious budget shortfall in future years when the bills come due.3 One approach that I and others have recommended is the establishment of a Veterans Trust Fund, in which money for future obligations to veterans would be set aside at the same time war spending is approved.

Any honest evaluation of the costs of the last decade’s wars – as well as planning for future wars – should include the anticipated expense of caring for veterans. Politicians’ lack of attention to the issue does not change the fact that support for veterans accounts for a significant chunk of overall government expenditures. In 2008, 12% of federal spending went to veterans, making it the fourth largest category in the government budget.(e) It is also crucial to consider how the needs of veterans change over time. Broader societal trends such as rapidly rising healthcare costs, greater visibility of mental health issues, and increased rights and opportunities for individuals with disabilities all influence the experiences of Iraq and Afghanistan veterans, and the price of caring for them. While we may not be able to fully anticipate the needs of these veterans forty years from now, estimating and providing for the costs of their care can help ensure that these needs are met. 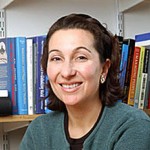 Linda J. Bilmes is the Daniel Patrick Moynihan Senior Lecturer in Public Policy at Harvard University's Kennedy School of Government. She is a one of the country's foremost experts on public finance and budgetary issues, with a particular focus on the costs of war, veterans' affairs, and the civil service. She has written widely, appeared on many national radio and television broadcasts, testified before Congress, and coauthored the New York Times bestseller The Three Trillion Dollar War: The True Cost of the Iraq Conflict. Professor Bilmes has an M.B.A. and B.A. from Harvard University.