The Costs of War is a multidisciplinary initiative to analyze the human, economic, social and political costs and benefits of the wars in Iraq, Afghanistan, and Pakistan. Their findings have been cited by the NY Times, LA Times, Wall Street Journal, Washington Post, Reuters, and CNN, as well as international outlets like the Financial Times, The Economist, Al Jazeera, and China Daily. Project director Catherine Lutz of Brown University’s Anthropology Department gave Footnote an overview of the project and its findings.

(1) What are the goals of the Costs of War project?

The Costs of War is the first comprehensive analysis of a decade of wars in Afghanistan, Iraq, and Pakistan. More than 20 economists, anthropologists, lawyers, humanitarian personnel, and political scientists analyzed the implications of these wars in the United States and internationally. After ten years of war, it really is imperative that we understand how much the American people and the people of Iraq, Afghanistan, and Pakistan have been paying for these wars… and to take responsibility for that. We should know who has been killed, what kinds of wounds have been suffered, and what kinds of economic costs and consequences have been incurred.

(2) What is unique about this project compared to other attempts to quantify the casualties or financial costs of the wars?

I think what’s unique is that we did a comprehensive assessment of both casualties and finances, and some of the social, political, and civil liberties issues. Nobody else did that all in one place. There have been estimates of the body count, sometimes in one war zone and not the other. A lot of people were just counting U.S. uniformed soldiers. They didn’t include contractors, they didn’t include allied military.

Other estimates of the finances just looked at the money budgeted specifically for the wars. So the Congressional Budget Office did that and they came up with about $1.3 trillion. We looked at the other costs that included money that has been obligated to pay for veterans’ future disability and healthcare costs. We included the additional money that has been added to the Pentagon base budget; that had not been done before. [Editor’s note: In addition to spending explicitly earmarked for the wars, the basic operating budget of the Defense Department has also increased over the past decade.] So our numbers are much bigger because we’ve been more comprehensive.

Mainly the data is government-collected. The federal budget numbers are, of course, federal data. The very important work of counting the bodies has been carried on for years now by NGOs like Iraq Body Count, ICasualties, the United Nations…. And then some of these estimates were projections forward from data that were collected, let’s say in the case of veterans’ health, by epidemiologists at a variety of universities who share the data which ultimately they got from the Defense Department’s healthcare units.

(4) What were some of the key findings uncovered by your team’s research?

The total number of military and civilian casualties, American and foreign, is 280,845. A lot of Americans know that over 6,000 of our young men and women have died in uniform, but very few people know that the scale of human death and wounding has been much vaster. Approximately 24,000 members of the Iraqi, Afghan, and Pakistani security forces have been killed. Over 176,000 civilians have died and 7.4 million people have been displaced indefinitely and are living in grossly inadequate conditions.

The total financial cost of the war to date for American taxpayers is between $3.2 and $4 trillion.  In addition to Pentagon appropriations explicitly for the wars, these figures include additions to the Pentagon base budget, care for veterans, homeland security, war-related foreign aid, and interest payments.  Another half trillion in military spending is projected from now until 2020. Our estimates include some of the biggest costs, which are yet to come: the U.S. can expect to spend between $600 billion and $1 trillion caring for veterans of these wars over the next four decades.

(5) What costs of the war do you think are the most overlooked by the American public and policymakers?

One of the things that we have to understand is what the tradeoffs were. What kinds of job creation, what kinds of improvements in our infrastructure, and what kind of greening of the American economy could have occurred with all of the funds and all of the human labor that have instead gone into waging the wars? People assume that war spending is always good for the economy, but it’s a certain kind of spending. If you buy a war, you buy a different kind of labor, you end up with a different effect on an economy, on interest rates, on home prices, and on the natural environment. Those effects are complicated and they’re not just, “Oh good, money’s flowing.” For example, hundreds of thousands of additional jobs would have been created by educational or health care spending net over what the wars created. Investments in renewable energy such as solar, wind, or biomass, would create just as many jobs as military spending. Efficiency programs such as weatherization of homes and public buildings would create about 1.5 times as many jobs.

Another overlooked issue is that there’s a major war going on in Pakistan that the U.S. helps the Pakistani military fight by funding, equipping and training them. There have been tens of thousands of people killed and several million refugees created.

(6) The research for this project comes from a number of disciplines: political science, economics, public health, law, anthropology, history, and more. Why do you feel an interdisciplinary approach to addressing these questions is valuable?

We had a conference about midway through where everybody came together and we gave each other a lot of input. The advantage of an interdisciplinary approach is that Neta [Crawford] and I, for example, had to ask the economists to back up and talk to us as kind of just an educated lay public person. “Now, why did you do it that way? What does that number mean, what does that term mean?” Because we were talking across disciplinary boundaries we ended up, I think, encouraging each other to be clearer about some of our purposes.

(7) Now that U.S. troops have been withdrawn from Iraq, are the biggest costs of the war behind us?

Wars, in a sense, are never over when they’re over. They go on for decades. Some of the peak costs for this war will be incurred 40 years from now, as veterans age into some of the most difficult years for dealing with their disabilities and injuries from the war.

This second phase we’re going to do more on-the-ground work in Iraq and Afghanistan, on public health, for example. We’re currently fundraising to try and do the work. It’s going to be expensive to be able to do that in comparison with, you know, sitting in your office with federal budget data. 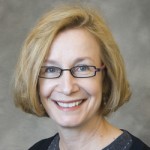 Catherine Lutz is Chair of Brown University's Anthropology Department and is jointly appointed in the school's Watson Institute for International Studies. She is the author of numerous books on the US military and its impact beyond the battlefield, the car and its place in US culture, and other topics in cultural anthropology. Dr. Lutz is Co-Director of the Costs of War, a multidisciplinary initiative to analyze the human, economic, social and political costs of the recent wars in Iraq, Afghanistan, and Pakistan. She also co-founded the Network of Concerned Anthropologists and previously served as president of the American Ethnological Society.