The dollar’s status as the world’s most widely traded currency affords the U.S. a number of economic perks, from low-cost debt to clout in the international economic system.(a)

What policymakers and the public may not realize is that the primacy of the dollar is also a cornerstone of U.S. military strength, and the decline of the dollar would weaken America’s superpower status. As policymakers address America’s long-term fiscal challenges by enacting decisions that will shape the economy for decades to come, they must keep in mind that they will also be determining the future strength of the dollar and, with it, the country’s military might.

Since the end of World War II, the dollar has been the world’s dominant reserve currency, the most widely used currency for international monetary transactions, and the choice of the world market. It is held by countries around the world as part of their foreign exchange reserves used to meet their foreign currency payments and manage their trade balances.(b) Being the world’s currency of choice provides the U.S. a number of economic benefits, particularly related to international trade, and assures it influence over the international financial system.1 Continual demand for the dollar affords the U.S. a unique ability to float a large amount of debt at low interest rates and run a balance of payments deficit while maintaining autonomy from creditors.(c)

A lesser known benefit of the dollar’s strength is that currency supremacy is a cornerstone of America’s military power. It allows the nation to fight wars at low political and economic cost as well as providing policy autonomy and strategic flexibility. States have a range of options for financing their military efforts, but each has its downsides. Borrowing compounds the cost of war through high interest rates; printing money can result in disastrous inflation; taxation combats high inflation and minimizes costs yet can be politically damaging; garnering money from abroad shields the public from the costs yet invites outside influence and fosters dependency. A state whose currency is in demand around the world, however, has access to cheap and stable finance from the international market even during wartime. This advantage has allowed the United States to fight long, costly, low intensity conflicts in Iraq and Afghanistan.(d) These wars were the first in U.S. history to be funded entirely by borrowing. Perhaps even more telling, the financing of the wars coincided not with tax increases, but with the Bush era tax cuts.

Dollar supremacy not only secures the ability to fight low intensity conflicts, it also ensures America’s ability to fight high intensity wars abroad, an intrinsic component of American military primacy. The ability to run a balance of payments deficit ensures a reserve currency state can purchase badly needed goods from abroad to maintain forward bases, supply troops, and supplement civilian consumption during wartime. In times of war, exports often become severely limited because of decreased trade or a shift in production to military needs.  Meanwhile, the need to import goods to supply the war effort increases exponentially. Unlike other nations, reserve currency states can manage a trade imbalance like this without having to sell assets or take on large foreign loans.

A look at 20th century history demonstrates the connection between currency power and military strength. Going into World War I, the British sterling was the world’s reserve currency, but as the conflict wore on the power of the sterling waned as the dollar’s prominence rose.(e) Yet the need for military supplies continued and, with their currency weakened, the British were forced to take on costly private loans, sell their American assets, and even cancel orders for supplies. This pattern was repeated during World War II, culminating in a $31 billion Lend-Lease loan from the U.S. to prop up the British war effort.(f) After World War II, the sterling was no longer a primary currency, leading to a reduction in British military spending around the world and a diminished capacity to fight a war abroad. When it came time to finance Britain’s involvement in the Korean War, the country was limited to what it could fund through sterling and thus relied on the United States to fund a significant portion of its war effort.

The international monetary system has changed since the rise and fall of the sterling. The dollar currently enjoys even more prominence than the sterling did due to the end of the gold standard and the pricing of many commodities, primarily oil, in dollars. These differences have afforded the United States an even larger military advantage in the post-World War II era than its predecessor Britain. That said, the dollar has been vulnerable to the same pressures that faced the sterling. In order to finance the Vietnam War, the Johnson Administration borrowed heavily, resulting in a balance of payments deficit and decreased confidence in the dollar. Temporarily unable to exercise its top currency status, the United States was forced to change its war financing policy and raise taxes.

The ability of the United States to continue capitalizing on its status as the world’s currency of choice in order to support American military power could be nearing an end. Recent events, notably the 2008 financial crisis, the ballooning deficit, and calls from foreign nations for a new reserve currency regime, have brought the dollar’s dominance into question.(g) Nations such as China are looking to restructure their reserve holdings to incorporate other investments with higher yields and reduce the prominence of the dollar.2 Given the current reserve currency climate, if the United States were to enter into another costly conflict in the near future, the dollar might reach its breaking point and lose its status as the world’s reserve currency.

Though the dollar’s future is unknown,3 most economists and political scientists point to the sheer size and presence of the American economy in world markets and the lack of an apparent competitor to take the dollar’s place as indicators that the dollar will remain strong. While it is clear that the dollar will remain the primary reserve currency for the time being, if the United States values its ability to project its military power abroad, the dollar’s position should not be taken for granted. As demonstrated above, serving as the world’s reserve currency offers powerful advantages during periods of military conflict. Loss of reserve currency status would not just nullify these benefits; it could result in a decline in America’s superpower status. 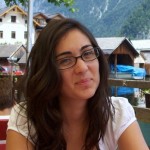 Rosella Cappella is an Assistant Professor of Political Science at Boston University and is currently on leave as a Visiting Fellow at the Dickey Center for International Understanding at Dartmouth College. Her research interests lie at the intersection of political economy and national security.