How can governments influence the behavior of businesses by employing, rather than distorting, free markets?

One possibility is to promote the disclosure of meaningful information that allows market stakeholders to make more complete and informed decisions.(a) Information disclosure regulations mandate firms and organizations to publicly share information about their activities, such as pollution emissions or health and hygiene measures. The intent is to provide information to consumers, clients, investors, and other stakeholders so they can choose to reduce engagement with, or increase pressure on, organizations that are involved in questionable behaviors. Both reduced demand and increased pressure, in turn, may induce organizations to make changes that ostensibly improve society.

Information disclosure regulations offer government a way to influence the private sector without directly intervening in the market or restricting behavior.1 For example, publicly traded firms are required to periodically disclose financial information so investors can make knowledgeable decisions about their quality and prospects. Investor scrutiny also holds firms accountable for their performance. Similarly, mandatory nutrition labeling allows people to incorporate nutritional concerns into their food purchasing decisions. Were it not for mandatory disclosure regulations, firms would typically have no incentive to divulge important yet sensitive information, and other actors in the marketplace would be operating without full information.

One of the most prominent examples of information disclosure regulations is the Environmental Protection Agency’s Toxic Release Inventory (TRI). The TRI was created in 1986 as part of the Emergency Planning and Community Right-to-Know Act after mounting concerns over the release of toxic chemicals and waste near pollution-emitting facilities.(b) The law requires chemical and waste-producing facilities that exceed output thresholds for certain chemicals to disclose those levels to the TRI on an annual basis.

To understand how mandatory information disclosure regulations influence organizations’ behaviors and performance, Glen Dowell, Michael Toffel, and I studied the impact of the TRI on the environmental performance of reporting facilities.(c) We used a 1995 amendment that increased the number of chemicals facilities required to report to the TRI as a natural experiment to examine how a facility’s particular characteristics influence the impact of disclosure regulations on its subsequent toxic chemical emissions.2

In the six year period (1995-2000) following the expansion of the TRI disclosure regulations, we found that facilities located near their firm headquarters demonstrated improved environmental performance when compared to those located farther away.3 Facilities located near sibling facilities owned by the same parent firm also outperformed those with more distant siblings, particularly if the siblings operated in a similar industry. A company may be more sensitive to the behavior of facilities located near its headquarters or other establishments it owns out of concern for its reputation in communities where it is more prominent. There may also be more direct oversight from the parent firm and more opportunities for sharing expertise that could lead to reducing chemical emissions.

We found that the size of a facility also matters, in certain contexts. In regions where there are few pollution-emitting establishments, large facilities perform worse than smaller ones. However, in regions where there are many other establishments, there is no difference in performance between large and small facilities. This suggests that where a large facility is the dominant player and serves as a major source of jobs and income (i.e. a ‘company town’), it is able to exert political power and resist pressures to improve.

We also discovered that facilities owned by privately held firms performed better than those owned by publicly traded firms. Publicly traded companies are subject to shareholder pressures that can lead them to prioritize short-term profits. Privately held firms, on the other hand, may have more flexibility to focus on non-financial goals like environmental improvement and may be more willing to invest in long-term strategies to meet these goals.

Our research demonstrates that not all polluters respond to regulation in the same way. The finding that facilities react to toxic chemical regulations differently depending on their location, size, and ownership structure suggests the need for regulations that take these differences into account. Perhaps policymakers could more precisely target disclosure requirements at facilities that are more likely to be responsive, while incorporating additional measures to incentivize those that are less likely to change.(d) The more we know about how firms respond to government regulations, the better we can target and optimize regulations to achieve goals like environmental protection. 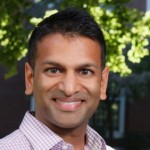 Anil Doshi is a doctoral candidate in the Technology and Operations Management unit at Harvard Business School, where he researches the impact of digitization and information revelation on firm strategy, particularly on platforms. He has over ten years of experience in finance and startups. Doshi received his A.B. from Dartmouth College, where he studied Economics and Government.