James Piette has a Ph.D. in statistics from the prestigious Wharton School of Business at the University of Pennsylvania, where he spent most of his time researching and publishing papers on sports.

Instead of jumping onto the professor track after graduation, he took his academic expertise and co-founded Krossover Intelligence, a start-up that helps sports teams analyze their data and improve their performance. James talked to Footnote about why he’s passionate about understanding sports, how better analytics can help coaches and players improve their game, and how he puts his academic background to work in the private sector.

How did you get interested in studying sports from an academic perspective?

Thanks to the recent popularization of analytics in the sports realm, particularly by the book and subsequent movie Moneyball, a few researchers are starting to make sports their primary focus. I’m one of those people. Sports have always been a passion of mine. I tried all of them that I could, but thanks to my complete lack of balance and finesse, I was adept at none. Still stuck on being involved in some way, I started reading anything I could on strategy, coaching, etc., so that I could at least have an edge somewhere. Towards the end of high school, I came upon a recent flurry of analytically driven works by guys like Bill James and Dean Oliver, and I was forever hooked.

After finishing your Ph.D., why did you choose to go into the private sector rather than academia?

During my graduate studies at Wharton, I spent nearly the entirety of my time working on sports-related projects. Even my thesis, “Estimating Fielding Ability in Baseball Players Over Time,” spawned from a grant by ESPN to purchase sophisticated data on outcomes from batted balls in play. However, academia has few outlets for my work and, the longer I worked in this field, the more evident it became that academic skills and ideas need to be transferred over into the sports world. That’s why when Vasu Kulkarni, a former JV Penn basketball player and ’08 alum, shared an idea with me back in 2009 about bringing analytics and film breakdown to amateur sports, I jumped on the opportunity.

After nearly 4 years building Krossover, it’s clear that there exists a huge disconnect between the analyses preached by researchers like myself and those used in practice. The biggest factor causing this gap is the lack of understanding around noise or error. It does not take much training to learn how to estimate means or averages. Finding that estimate’s corresponding error rate or determining how much signal (that is, valid information) exists in the data requires more sophistication, something that academia has always been apt at providing. The biggest impediment facing the transfer of knowledge from academia to sports is not money or lack of interest in the sports industry, but the feeling among academics that sports comes with the connotation of “illegitimate research.”

Can you give us an example of how more data and better analytics can help coaches and players?

Take the basketball shot chart. This is a visual interpretation of every shot taken in a basketball game, where an “X” corresponds to a missed shot and an “O” corresponds to a made shot. The shot chart is not a recent invention; it has been around since coaches started mocking up plays on chalkboards decades ago and is heavily used by analysts and media outlets alike. The problem is that the shot chart suffers from a lack of context; that is, there are major pieces of data missing from that visualization to really inform the viewer what happened in that shooting instance (e.g. how far the defender was from the shooter, what type of shot was it). At my company Krossover, we have added an interactive element to the shot chart by allowing the coaches to bring up the video related to that shot, giving them proper context before jumping to a conclusion.

How does Krossover use the latest academic research to inform its work?

The best example is our new product sIQ, short for sports IQ. The original idea came from Ben Alamar, a professor at Menlo College who also helps NBA teams like the Oklahoma City Thunder with their analytics. He was inspired by previous work done on developing an athlete’s perceptual expertise, which is essentially their ability to predict subsequent events during a sporting activity. Researchers would perform a film-based simulation of a particular action that occurs in a game (like a tennis serve or a soccer penalty kick) and then ask players to predict the result of the action based on visual cues.1 Working with the simulations eventually improved players’ on-field performance at those skills.

Professor Alamar took this principle a step further for basketball by using live film of NBA games to test potential draftees (i.e. players who are looking to make a jump into the NBA) on both their accuracy and their response time. He did this by simply showing the beginning of a clip and pausing it to ask a question like “Does this shot go in?” The idea is that players who were able to beat competition at the amateur level on pure athletic ability alone would perform poorly, while those with a more sophisticated awareness of the game would do better.

When my colleague and I heard Prof. Alamar talk about this concept, we immediately knew that this was a perfect app to build not only for professional teams, but for coaches at all levels looking for innovative ways to train their players. An interesting side effect of the app is that sIQ is also a lot of fun to play, as it plays off of an athlete’s sense of competitiveness. In addition, having so many athletes take the sIQ challenges provides us with mounds of data on how athlete’s skills evolve at different ages. 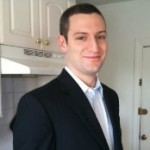 James Piette graduated from the Wharton School of Business with a Ph.D in statistics, where he spent most of his time researching sports and writing papers about it, including his thesis entitled “Evaluating the Fielding Ability of Baseball Players over Time.” James also serves as co-founder and VP of analytics to his current company, Krossover Intelligence, which tags and stats game film for coaches of all sports and hopes to become the “ESPN for the 99%.” During his spare time, James enjoys being bad at most sports, but recently hit his athletic peak by dunking a basketball.