How can we get students interested in learning about science? What about using a murder mystery story to teach a lesson about blood glucose regulation? Or making the plot of the movie The Birds a jumping off point for explaining the function of proteins embedded in cell membranes?

The Providence Alliance of Clinical Educators (P.A.C.E.) uses stories like these as a way to get students excited about science by highlighting the connections between scientific principles and real life situations. Since launching a little more than a year ago, P.A.C.E.’s science stories have been used in 240 classrooms around the country. The non-profit project is the effort of a team of medical students from Brown University’s Alpert Medical School.

Founder and Executive Director Bill Brucker spoke with Footnote about how science education is like an eggplant, what innovative methods teachers are using with their students, and why a misunderstanding of science led to an increase in measles.

What drew you to the issue of science learning?

In modern society, science is such a huge part of our lives that not understanding it can have severe consequences, especially in relation to healthcare. A working scientific knowledge is essential to making health-conscious decisions and understanding the basis of disease. Unfortunately, when it comes to science, the majority of people dislike it in its pure form. If you want to see people get uncomfortable just mention the word chemistry, if you want to see them get extremely uncomfortable just mention organic chemistry, and if you want to make them leave the room start talking about chemical structures or enthalpy.

How can we counteract this aversion to science education?

Our philosophy at P.A.C.E. is to confront and accept the popular dislike of science education as one of its intrinsic properties. I view the eggplant as a culinary equivalent of science education. People don’t eat a lot of raw eggplants but they do eat a lot of eggplant parmesan; the key to getting people to eat an eggplant is to combine it with other flavors. The status quo of science education when I was going through school was for many instructors to tell us that we were crazy if we didn’t like the taste of eggplant, which is to say we were not interested in scientific mechanisms for their own sake.

At P.A.C.E., we believe the solution is to change the way that science education is prepared and take into account that other flavors will be required to get the maximum number of students to consume it. I think that relevance is the best flavor to combine with basic science education. We try to demonstrate scientific principles in action by showing people how science is used and how to apply it to everyday life. Healthcare, automotive science, culinary science, and engineering are all packed with great science lessons.

What has the response been from teachers? Do you find that they share your concerns?

Fortunately the status quo is changing in a good way. One of the best parts about trying to get our products into schools has been the opportunity to meet a lot of interesting teachers across the country, many of whom are actively trying to incorporate relevant examples of real life science into their classrooms. Narragansett High School in Rhode Island has a DNA Day where students learn about applications of DNA-related technologies and do advanced DNA isolation and analysis labs. There is a teacher at Ponaganset High School in Rhode Island who uses a fuel cell driven Model-T that he built to teach about alternative energy and incorporate a lot of practical chemistry and physics lessons. I think any approach that combines science learning with real-world applications will be successful.

What about lifelong learning? How can we keep adults informed about the latest research and discoveries?

I think the utilization of academic research by the public faces many of the same challenges as basic science education for students. Academic research has three components that are barriers to its public use: the difficulty of accessing it, the learning curve of subject-specific jargon, and the work involved in evaluating the data. Academic research is something that has to be hunted down or sought out and once it is found then the data have to be evaluated carefully. In the eggplant analogy it would be the equivalent of having to go find and dig an eggplant up before you had the displeasure of eating it raw. This is why initiatives like Footnote are so important, because people need to have increased access to primary literature presented in forms that are more palatable.

Despite the challenges, it’s more necessary than ever that the general public – and particularly journalists – are aware of some of the academic research going on and that they have an idea of how to understand and critique data. As a culture we are obsessed with having evidence but we are not as obsessed with knowing how to evaluate it. There are numerous examples of people falling prey to misrepresented health data. For example, in 1995 Lancet published the Wakefield paper that claimed a connection existed between bowel diseases, the MMR vaccine, and autism. This paper was picked up by the media and caused tremendous controversy, leading a number of parents to avoid having their children vaccinated for fear of causing autism. The evidence for these connections was very weak and, in the end, the article was retracted twelve years after its initial publication. Unfortunately the damage that the article did was very real and the incidence of measles, mumps, and rubella has increased since its publication. The paper was brought to people by the media and, despite its serious implications, many people took the conclusions as fact without significant scrutiny.

What role do academics have to play in increasing awareness of new research?

Academia is starting to embrace the need to change the way that scientists communicate with the public. Basic science research is mostly funded through grants and, if a certain type of research gains more attention and public support, it will become a funding priority. Issues that have a strong connection to the public, like breast cancer research, have much higher rates of funding. On the other hand, the Tevatron particle accelerator at Fermi National Accelerator Laboratory (Fermilab) was shut down due to a lack of funding. Scientists could not believe that this massive, important project was closed, but in part it was a consequence of not communicating their mission and research effectively to the public. 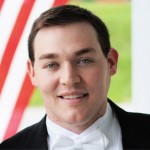 Bill Brucker is in the clinical years of the M.D./Ph.D. program at Brown University. He completed his undergraduate education at Brown as well, playing football and graduating with honors in Chemistry in 2004. Brucker is the Founder & Executive Director of the Providence Alliance of Clinical Educators, a nonprofit organization that produces innovative lessons to help engage students in basic science learning. He has taught students of many levels over the years, including as an Adjunct Professor of Biology at Rhode Island College.