It’s hard to find a CEO today who doesn’t tout the importance of innovation, yet many seem stumped by how to achieve it. A widely cited McKinsey survey from 2008 found that 84% of executives believed that innovation was critical to their business’s growth, but only 6% were satisfied with their company’s current innovation performance. A more recent study by KPMG and Innovation Leader asked executives to rate how advanced their companies’ innovation efforts were on a five-point scale. Nearly 60% of respondents said they were at the earliest stages (ad hoc, which was one point, or emerging, two points) while only 2% said their innovation activities were optimized (5 points).

Having studied innovation at more than 40 companies over the last 25 years, I believe the disconnect between ambition and execution comes from an overly narrow view of what innovation entails and a tendency to conflate innovation and R&D. When business leaders don’t see breakthrough results from their R&D divisions, they take it as a sign that long-term investments in innovation don’t pay off and cut R&D spending.

In reality, innovation is much bigger than R&D… 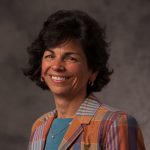