Much of our political and social turmoil is being fueled by social media. While online movements involve and affect real people, what’s often invisible is the degree to which bots — automated accounts that post independently or under the direction of human controllers — stoke the flames of division behind the scenes.

You might be in a toxic relationship with bots without realizing it.

A recent report from the University of Oxford shows just how widely bots are used to manipulate public opinion on both mainstream social media platforms and right-wing services like Parler. In 2020, Russian trolls once again tried to influence a US presidential election, amplifying false claims that the election was stolen. China used bots to spread misinformation about the COVID-19 pandemic in order to deflect criticism of itself and cast doubt on the responses of the United States and other democracies. Altogether the Oxford researchers identified at least 57 countries using bots in organized campaigns to sway political discourse at home or in rival nations.

Bots frequently amplify misinformation and conspiracy theories shared by real people, giving a megaphone to what might otherwise be a lone misguided voice. They hijack conversations on controversial issues to derail or inflame the discussion. For example, bots have posed as Black Lives Matter activists and shared divisive posts designed to stoke racial tensions. When real people try to make their voices heard online, they do so within a landscape that’s increasingly poisoned and polarized by bots.

I have spent much of my career developing artificial intelligence to identify online bots. My colleagues and I are in a computational arms race: As the tools we build to track down fake accounts improve, so do the bots. As important as our work is, using software tools to find individual bots won’t eliminate the problem. Social media platforms must act to root out bots on a systemic level…

This article was produced by Footnote in partnership with Arizona State University W.P. Carey School of Business. 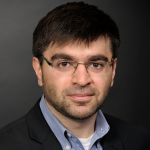 Victor Benjamin is an assistant professor of information systems at the W.P. Carey School of Business at Arizona State University. His research is in the area of natural language processing, web mining, cybersecurity, security informatics, and social media analytics.