The rise of the Internet has complex implications for medical practice and, as with any new set of technologies, ethical questions abound.

Search engines like Google and social media sites like Facebook have the potential to reshape key dimensions of the patient/doctor relationship. As these technologies have evolved and become nearly ubiquitous, physicians have begun to weigh the benefits and risks of using them in clinical practice. For example, is it ever acceptable for doctors to search online for information about patients? Can or should mental health care providers monitor their patients’ blogs? What about becoming Facebook friends with a patient?

Patients already routinely search the Internet for information on diseases and on the qualifications of physicians who might treat them.1 According to the Pew Research Center, 59% of American adults look for health information online, a greater share than get their news online.(a) In response, physicians, clinics, and hospitals have developed websites and other online tools to provide medical information, enhance their reputations, and generate referrals. These developments over the past decade have been widely touted as major advances in medical practice, with benefits for patients and physicians alike.

Though the concept of patients using the Internet to address their healthcare needs is now widely accepted, the possibility of physicians using these same tools in patient care presents novel concerns and dilemmas.(b) While information about and interactions with patients online might enhance the treatment they receive, such activity could violate basic privacy rights, blur boundaries in the patient/doctor relationship, and have other deleterious consequences. In response, a professional literature on these topics has begun to emerge in the last few years. In addition to published studies describing the high rates at which medical students and young physicians utilize social media,2 there now are journal articles exploring the various ethical and professional issues at stake.3 Some of these articles, which I have either authored on my own or co-authored with colleagues, recommend specific guidelines for physician behavior online and make a plea for more systematic discussion of these issues.

In an article on “patient-targeted googling” (PTG) published in 2010, my co-authors and I propose a model for physician use of search engines to obtain information on patients.4 PTG appears to be essential in cases where finding information about a patient could be life-saving ­­– there are reported cases in which online searches helped to identify family members who could assist in important medical decision-making for mentally incompetent patients. On the other hand, PTG is improper when it is driven by pure curiosity or voyeurism on the part of the physician.

In the majority of cases, however, the relevant issues are not so clear-cut and a model for deliberation is helpful. Before engaging in patient-targeted googling, we suggest physicians should seriously consider the following questions: 1) Would PTG serve the best interest of the patient and not just the interest of the physician?; 2) Should the physician obtain informed consent from the patient beforehand?; 3) Should the physician share with the patient what was learned online?; 4) Should information learned online be documented in the medical record?; and 5) At what point should the physician cease the activity, and is long-term PTG ever appropriate? The model clearly does not provide a ready-made answer for any particular case, but it offers a framework in which doctors can grapple with the issues at hand.

Related concerns are in play when it comes to whether physicians and mental health providers should ever read or monitor their patients’ blogs. In a recent article, I discussed a clinical case in which a suicidal and homicidal patient with bipolar disorder was posting his thoughts on a publicly accessible blog.5 His psychiatrist became aware of the blogging and needed to decide whether to monitor the blog in order to assess the safety issues and decide on a clinical response. If the patient posted a suicidal or homicidal plan on the blog and acted on the plan, all involved might be tormented with doubt as to whether the tragedy could have been prevented. In addition, the physician might be held medico-legally responsible in accordance with “duty to protect” statutes.(c) In the specific case discussed in the journal article, I recommended that the psychiatrist inform the patient that his blog would be monitored until such time as the patient was clinically stable and no longer voicing suicidal or homicidal threats.

In addition to questions about whether physicians should obtain information about their patients online (through googling, reading blogs, or other means), there are countless other concerns about how physicians ought to interact with patients via social media and other online networks. In 2009, I co-authored an article describing guidelines for physicians on Facebook, such as never initiate a friend request to a patient and think very carefully before accepting a friend request from a patient.6 A recent survey shows that many doctors share these concerns: 85% indicated that they would automatically decline a Facebook friend request from a patient. Other experts have begun publishing on the ethics of telemedicine and the use of online video chat services like Skype when interacting with patients.7 The new world of physicians in cyberspace will only become more complex as technologies evolve. Active discussion and policy formation in this area will be essential to protect both patients and the integrity of medicine as a profession in the 21st century. 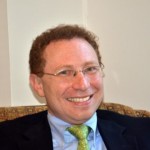 David H. Brendel, M.D., Ph.D. is a Harvard-trained psychiatrist who practices in the Boston area. He maintains a private practice in Belmont, Massachusetts and serves as Medical Director of Psychiatric Services at Walden Behavioral Care in Waltham, Massachusetts. He received his M.D. from Harvard Medical School and his Ph.D. in philosophy from University of Chicago. Dr. Brendel's academic work focuses on psychiatric ethics and the complex relationship between scientific and humanistic approaches in psychiatry.