Last year the Obama Administration rejected a request that the black activist and leader Marcus Garvey, long-deceased, be issued a presidential pardon. It has by now been fairly credibly established that Garvey’s federal conviction on mail fraud charges in 1923 was politically motivated.(a) Yet the White House preferred leave the past buried, suggesting it was better to allocate resources to the living than to the dead—to focus on those, “who can truly benefit from a grant of the request.”

Such a cursory dismissal is perhaps fitting. At least, it is consistent with the ways in which Garvey is remembered—or, more commonly, the manner in which he is barely remembered at all. This was not always the case. During the 1920s, Garvey was the most famous black man in the world.(b) When Martin Luther King, Jr. visited Garvey’s grave in 1965, he praised him as, “the first man of color in the history of the United States to lead and develop a mass movement… the first man on a mass scale and level to give millions of Negroes a sense of dignity and destiny.”1 Today, even as he has slid into obscurity, Garvey’s legacy remains very much alive, both in the United States and abroad. If Garvey cannot be pardoned, perhaps he can at least be properly exhumed.

Garvey was born in Jamaica, and arrived in the United States after years of restless travel through Central and South America and Europe. In 1918, he incorporated his Universal Negro Improvement Association (UNIA) in Harlem, devoted to the liberation of Africa from colonial rule, the development of global black entrepreneurship and economic cooperation, and the cultivation of black consciousness, pride, and unity. After World War I, riding a crest of discontent, the UNIA captured a large, diverse, and international constituency.2 In the United States, it drew recent migrants from the West Indies and the American South in northern cities; coal miners in West Virginia; sharecroppers in the Mississippi Delta; port workers in coastal hubs; cane cutters in rural Louisiana; tobacco pickers in North Carolina. Across the Caribbean region, Garveyite organizers and Garveyite discourse—disseminated via smuggled copies of the UNIA’s official organ, the Negro World—helped catalyze a wave of riots and labor disturbances, most notably in Belize, Trinidad, and the Panama Canal Zone.3 Garveyism was carried through Africa, sparking anticolonial activity in the Congo, Kenya, South Africa, and Namibia.

Back in Harlem, funds and subscriptions poured into UNIA headquarters. The organization launched the Black Star Line, a black-owned-and-operated steamship company designed to facilitate a new triangular trade between West Africa, the United States, and the Caribbean.(c) Garvey hosted a series of spectacular international conventions, and inaugurated negotiations to relocate his operations to Monrovia, Liberia, where he might better mobilize Africans and work towards the redemption of the continent.(d) Across the diaspora, Garveyites declared the arrival of a “New Negro,” no longer content to submit to white demands, prepared to shed blood for the emancipation of the race.

These heady days did not last. The wave of radicalism that propelled the rise of the UNIA following World War I had subsided by the end of 1921. By 1924, the UNIA’s West African colonization schemes had collapsed, a second steamship company was following the Black Star Line into insolvency, and Marcus Garvey was desperately (and unsuccessfully) appealing his conviction on mail fraud. In 1927, after serving nearly three years in prison, Garvey was deported back to Jamaica, never again allowed to set foot in the United States. Amidst this disorder, the centralized administrative structure of the UNIA declined, and was never adequately restored to its former heights.4 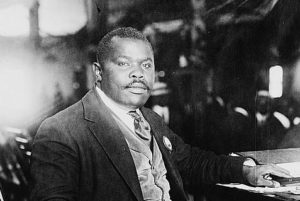 For many, this is the end of the story. Yet as it became increasingly clear that the UNIA would not be the organizational vehicle for African liberation, Garveyites effectively shifted their approach.5 American and Caribbean Garveyites withdrew from their more confrontational and inflammatory demands, projecting the subversive implications of their program forward and across the Atlantic Ocean to Africa, where they envisioned the emancipation of the continent at the end of a silent, sustained, and determined period of organization and consciousness-raising.  In the United States, this “retreat” sustained vibrant Garveyite communities that, during an era of reactionary white supremacy, offered adherents a dynamic platform upon which to participate in politics, challenge intraracial hierarchies, and negotiate racial, religious, class, and gender identities. In the Caribbean, the pragmatic politics of Garveyism sustained the spark of labor organization during an equally difficult era. Throughout Africa, meanwhile, activists participated in the development of a distinctively African rendering of the movement, downplaying or eliminating its more strident political demands, while seizing on its emphasis on self-help, mutual aid, and economic development, and encouraging the replacement of ethnic and regional identities with pan-African and diasporic ones.

Memories of Garveyism have tended to focus on its early period of radicalism and rapid ascent. These narratives—replete with tales of audacious business schemes and bombastic promises, with ostentatious conventions and costume-filled parades—consign to the movement a colorful, dramatic, and ultimately hollow tomb. Such renderings ignore the extent to which the dogged organizing work of the movement was laying a more solid foundation for black activism across the globe.6 In the Caribbean, national independence movements rode the crest of a new labor politics that had been nurtured within the Garvey movement. In Africa, the nationalist generation that emerged after World War II had likewise been shaped by the movement’s patient work on the continent.(e) In the United States, after the decline of the UNIA in the late 1920s, former Garveyites migrated to the labor, civil rights, black nationalist, and anti-imperialist organizations that comprised the black freedom struggle.7 As The Atlantic’s Ta-Nehisi Coates and others have poignantly suggested, even the man who refused to pardon Garvey, Barack Obama, himself owes a debt to the rhetorical and organizing traditions catalyzed and sustained by global Garveyism. 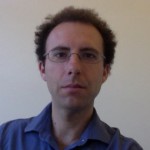 Adam Ewing is a Mellon Assistant Professor of History at Vanderbilt University. He was an Andrew W. Mellon Postdoctoral Fellow at Johns Hopkins University and received his doctorate from Harvard University, where he studied the history of peoples of African descent. In his work Dr. Ewing focuses on the establishment and transmission of social movements, paying particular attention to the political uses of race, diaspora, and rumor. He is currently working on a book about Marcus Garvey, the Universal Negro Improvement Association, and the global politics of Garveyism.