Amid the chaos of recent months, the world has latched onto leaders who seem capable of righting the ship. Some we may have expected, such as heads of state like New Zealand’s popular Prime Minister Jacinda Ardern and Germany’s longtime Chancellor Angela Merkel. Others were perhaps less obvious, including NBA Commissioner Adam Silver, 3M CEO Mike Roman, and New York Governor Andrew Cuomo.

However, the connection between all of these figures can be found in the words used to describe their leadership styles. Ardern’s response to the pandemic has been characterized as “empathetic,” Silver’s as “honest,” and Cuomo’s as “reassuring.” They each have a relational approach to leadership that enables them to cultivate a positive emotional climate and obtain buy-in for a shared vision of how to weather our current crises. For instance, after Ardern was turned away from a crowded café due to social distancing rules, her office said that “she just waits like everyone else,” demonstrating her willingness to share the same hardships as her fellow New Zealanders.

Read the full article online at The Entrepreneur. 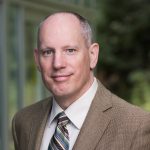 Scott Taylor is the The Arthur M. Blank Endowed Chair for Values-Based Leadership at The Blank School at Babson College. He is also a research fellow with the Coaching Research Lab at Case Western Reserve University, a member of the Consortium for Learning Innovation convened by McKinsey & Company, and a core member of the Consortium for Research on Emotional Intelligence in Organizations (CREIO). 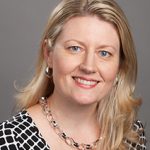 Wendy Murphy is the Associate Dean of the Undergraduate School and a Professor of Management at Babson College. She teaches organizational behavior, leadership, and negotiation across undergraduate, MBA, MSEL, and executive education programs.