One level below the streets of downtown San Antonio, Texas, a five-mile network of walkways buzzes along the banks of the river. The popular destination known as River Walk, dotted with restaurants, hotels, and art installations, connects the major tourist magnets of the Alamo, Arneson River Theatre, and the San Antonio Museum of Art.(a)

River Walk also plays host to most of the city’s major cultural events, including victory cruises (in lieu of parades) for the San Antonio Spurs basketball team and events for San Antonio Fiesta, the oldest continuous civic festival in the nation. By providing a central location for arts and culture destinations and events, River Walk has become the most popular tourist attraction in Texas and one of the most successful arts and culture hubs in the nation.

River Walk is just one example of how communities around the country are using investment in the arts as a path to economic development. This phenomenon is driven by an increasing recognition of the important role the arts and culture sector can play in improving quality of life, promoting community revitalization, attracting businesses and residents, increasing tourism, creating jobs, and bringing revenue into the local and regional economy.(b)

Our research examines the current landscape of the arts and culture economy, both nationally and in our home state of Rhode Island, and the metrics available for measuring its scope and impact. We gathered this information by reviewing existing reports and datasets and conducting interviews with key stakeholders in the state. Based on ten case studies, we also explore how communities like San Antonio have succeeded in developing the arts and what lessons can be learned from their efforts.

The arts are a major economic force in the United States, accounting for 3.2% – over $500 billion – of the nation’s GDP.(c) The industry was hit harder by the recession than other economic sectors, consistent with a historical trend for consumers to spend less on entertainment and for the government and private foundations to provide less funding for nonprofits during times of financial hardship.2

The sector still has not fully recovered to its size prior to the economic downturn, when it accounted for a greater share (3.5% to 3.7%) of the overall economy.1 Yet despite setbacks from the recession, nationwide there are currently nearly 100,000 nonprofit arts organizations, over 800,000 arts-based businesses, and 2.1 million artists in the workforce.2

The arts produce a unique combination of social, cultural, and economic benefits, which cities and state across the country are increasingly recognizing and encouraging.3 The arts and culture industry attracts innovative, vibrant new businesses in fields such as publishing, advertising, music, dance, design, and architecture, and creates jobs for artists who anchor local cultural production. Arts and culture can also play a key role in urban revitalization and community renewal, as well as the development of cultural tourism opportunities and the enhancement of a city or state’s public image.3 In Rhode Island, current estimates indicate that for every $1 spent by an arts organization, $2.10 is generated in the spillover economy in restaurant patronage, hotel reservations, and related business.4

The arts and culture sector also has a role to play in the development of innovation hubs, geographic clusters of capital and talent that can fuel economic growth and innovation in areas such as design, technology, and manufacturing.4 They are characterized by the centralized presence of companies, universities, creative workers, and sources of capital in close and frequent contact. The Bay Area Arts Districts in San Francisco provide an example of the role arts and culture can play in vibrant innovation hubs.

In determining whether and how to invest in the arts as an economic development strategy, leaders need data on the sector and its impact on the local economy and community. Our research identified a number of existing models for collecting and analyzing metrics on the arts and culture economy.(d) While each index we reviewed takes a somewhat different approach, collectively they indicate that a significant amount of relevant empirical and descriptive data is already available for these purposes.

A comprehensive arts and culture index should incorporate a wide range of different indicators that are relevant to the unique characteristics of a locality, but also common enough to allow for comparisons to be made to other jurisdictions. The National Arts Index calculated by Americans for the Arts, for example, comprises 78 different indicators.

There are a number of potential measures that are used in existing indices, and they usually fall into three broad categories. The first component of any good measurement system outlines the scope of arts and culture activities in a jurisdiction through indicators such as the number of relevant organizations and venues and the ticket sales for arts and culture events.

To understand the impact of the arts, an index should also include industry-specific measures of the economic health of the sector and its place in the local economy. Examples of relevant measures include the arts and culture sector’s share of state GDP and the number of people employed in arts-related jobs and organizations.

These indicators should be complemented by measures of the arts and culture sector’s broader economic and social impact on the surrounding community. Key measures might include grants received by arts-related nonprofit organizations and the amount of money cultural tourists bring into the local economy through spending on secondary expenses like food and lodging.

Data is already available for tracking a number of the measures described above, and existing resources provide approaches for analyzing and understanding the data. Input from local stakeholders could help determine which indicators are most appropriate for inclusion in a comprehensive arts and culture index for Rhode Island.

Access to data is critical for leaders making decisions about whether and how to invest in arts and culture initiatives. Looking to the strategies and successes of other jurisdictions can also provide valuable insight. Our review of ten case studies from around the country(e) revealed a number of lessons about successful strategies for promoting arts and culture and using these investments as a broader tool for economic development:

In regard to the impact of arts and culture, our case studies as a whole suggest that development of the arts economy produces a relatively high rate of return, attracts outside spending from visitors and sponsors, and promotes a locality’s image.

Investing in the Future of the Arts

The arts are a major economic force in the United States, attracting businesses, creating jobs, fueling community development, and promoting tourism. With its rich cultural history, our home state of Rhode Island has already witnessed the benefits of concentrated investment in arts and culture.(f) As of 2011, nearly two decades of the WaterFire festival had created an estimated $114 million in revenue for local businesses and $8 million in tax revenue for the state, in addition to contributing to the revitalization of downtown Providence.5

As leaders seek new ways to cultivate the state’s arts and culture sector, they can look at existing successes as well as the experiences of other localities. Systematically tracking data in a Rhode Island Arts & Culture Index would serve as a critical step enabling government and nonprofit organizations to analyze trends within the state, make comparisons to other states, and evaluate the success of new policy initiatives such as the recently enacted art sales tax exemption.(g)

Our research indicates that Rhode Island is uniquely positioned to capitalize on the benefits that come from centralizing the arts and culture economy and connecting it with innovation hubs. The state is characterized by a compact geography, a pre-existent infrastructure of institutions in close proximity, a proven record of innovation, and a wealth of creative energy.Moreover, the state is rich in “human capital,” from the innovators who created prominent local arts organizations such as AS220 and The Steel Yard to the arts and humanities faculty, alumni, and students at local colleges and universities. This wealth of resources offers a strong arts and culture foundation on which Rhode Island can build. 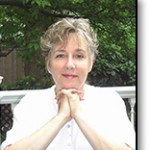 Dr. Deborah Johnson is Professor of Art and Art History at Providence College, specializing in 19th-21st century American and European art. Focusing her interests particularly on material culture since 1945, she is also on the faculty of the Women's Studies Department, which she helped found in 1993 and of which she is former Director, and teaches regularly in the Black Studies Program and the American Studies Program. Prior to her arrival at Providence College, she worked for over 15 years as a museum curator and administrator, primarily at the Museum of Art, Rhode Island School of Design. She continues to exercise her interests in museum work by teaching museum studies courses and serving on the Committees for the Hunt-Cavanagh Gallery and the Reilly Gallery at Providence College, as well as juries at the Rhode Island Foundation and several area museums and granting agencies. In 2006, she was appointed Manager of Public Art for the State of Rhode Island through which she helped to direct the federal program 1% for Art. In 2013, she was awarded a Certificate in Jewish Sacred Music by Hebrew College and serves as a cantor at Temple Habonim in Barrington. 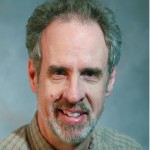