This article was also published in The Boston Globe.

Taxpayers in the United States spend $139 billion a year on scientific research, yet much of this research is inaccessible not only to the public, but also to other scientists.(a) This is the consequence of an exploitative scientific journal system that rewards academic publishers while punishing taxpayers, scientists, and universities. Fortunately, cheap open-access alternatives are not only possible, but already beginning to take root, suggesting a way forward to a more open and equitable system for sharing research.

Like many scientists, I provide access to my research papers on my website. I view this as a commonsense way to disseminate knowledge, but not everyone shares this view. A few months ago, I received an email from an official at Princeton University, where I attended graduate school, informing me that a lawyer representing the publishing giant Elsevier had demanded the removal of these papers from my website.(b) When I published these papers in Elsevier journals, I was required to hand over the copyrights. Therefore, I had no choice but to remove the papers.

The vast majority of academic papers are published by corporations like Elsevier, and these corporations are thriving: In 2011, Elsevier made $1.1 billion in profit, at a profit margin of 36% (by comparison, Apple’s 2012 profit margin was 35%). This impressive profitability is due in large part to the fact that the content sold by Elsevier is produced, reviewed, and edited on a volunteer basis by academics like me. We consent to this system because our careers depend on publishing in prestigious journals, almost all of which are owned by Elsevier and a small number of other publishers.

What value is added by academic publishers? In my opinion: very little. Elsevier claims that they add value as they “coordinate the review, consideration, addition of text and references, and other production and distribution mechanisms.” In fact, all of these contributions are or could be obtained at almost no cost.(c) First, reviews are typically coordinated by a combination of volunteer editors (academics) and an automated email system. The cost of setting up and maintaining such an automated system is negligible (a point I will return to later). Elsevier does not add text and references to research papers – academics do. In my experience, corroborated by anecdotes from other scientists, publisher-employed copy editors are mostly superfluous and in some cases even introduce errors into papers or cause substantial publication delays.

It is true that Elsevier formats and produces the final versions of papers, but this is hardly necessary, since new technologies allow authors to typeset their own work. In fields like computer science, physics, and mathematics, where articles incorporate complex equations, most papers are written using the word processing software LaTeX, which allows academic authors to format papers following set templates. As for distribution, dissemination costs are essentially zero in the age of the internet and electronic communication, apart from the relatively small cost of hosting papers on a webserver (a point I address below).

The “free” labor upon which publishers base their business model is not really free: most academic research is funded by the federal government. However, the taxpayers who are effectively bankrolling the publishers have no access to most of the published content, which sits behind paywalls. The National Institutes of Health (NIH), recognizing this problem, mandated a public access policy in 2005, according to which digital copies of all NIH-funded research papers must be deposited in a freely accessible online database known as PubMed Central.(d) PubMed Central costs taxpayers $4.5 million annually, part of the more than $30 million a year in NIH funding that goes toward page charges, submission fees, and other subsidies to publishers. The program also only covers a relatively small proportion of published research: 70,000 full-text articles are deposited into PubMed Central annually, compared to 250,000 articles published each year by Elsevier alone.(e)

While the public is often blocked from accessing academic journal articles, academics themselves have access to this content because universities pay for journal subscriptions, often at exorbitant prices. American academic libraries spend $1.7 billion annually on serial subscriptions (i.e. academic journals and other periodicals), and these costs continue to grow. In 2010, the University of California system threatened to boycott Nature Publishing Group after the publisher raised the average price of its journal subscriptions 400%, from $4,465 to more than $17,000 per journal. In 2012, Harvard University Library, the largest private library system in the world, sent a memo to faculty stating that it could no longer afford the $3.75 million it pays annually to journal providers. The library suggested a range of possible solutions, including renegotiating subscription contracts and encouraging faculty and students to submit papers to open-access journals.

In response to the problems with the existing journal publication system, an open-access movement has arisen in recent years, promoting free access to academic knowledge. Open-access publishers like the Public Library of Science (PLOS) and the Frontiers journals do not have paywalls preventing the public from accessing articles, and they allow authors to retain the copyrights to their work. The movement has gained enough momentum that 17% of academic journal articles published in 2011 were accessible in open-access form within a year of publication.

The open-access movement has undoubtedly been a step in the right direction toward serving the interests of authors and readers rather than corporations (both PLOS and Frontiers are non-profits). However, in the case of many open-access journals, the costs of publication are now borne by an article’s authors rather than its readers. To publish in these journals costs academics (and ultimately the taxpayers who fund their research) thousands of dollars per article. For example, the standard publication fee for an article in PLOS Biology is $2,900.(f)

Why is it so expensive to publish in these open-access journals? According to the journals, these fees defray their publication and operating costs. However, this argument is undermined by the existence of open-access journals that charge authors nothing and have negligible operating costs. One prominent example is the Journal of Machine Learning Research (JMLR), one of the top publications in the field of machine learning.1 JMLR has a similar editorial process to many other journals, with a volunteer editorial board and an automated system for managing the peer-review process. Unlike many closed-access publishers, it does not take any advertising. MIT provides the web server for hosting JMLR, which would otherwise cost around $15 per year. The biggest expense is paying for a tax accountant to deal with paperwork so JMLR can maintain its tax-exempt status.

Altogether, the total cost of running JMLR since it was founded in 2000 is estimated to be less than $7,000, or $6.50 per article published. This proves that cheap open-access publishing is possible. So why isn’t this model more widespread? The main reason is that academics in many fields rely on publishing in prestigious journals for career advancement, and almost all of the most well-respected journals are owned by closed-access publishers. It is interesting to note that JMLR was founded after 40 editors of Machine Learning – at that time the top machine learning journal – resigned en masse in protest of closed-access policies. In principle, something like that could happen at journals in other fields, though such mass resignations are rare.(g)

Nonetheless, I think a practical goal for the future is the establishment of open-access journals on the model of JMLR. This model is non-exploitative and does not burden taxpayers with the costs for existing open-access journals like PLOS and Frontiers. The crucial step in embracing this model is the recognition that the primary function of journals is to provide rigorous peer review, something that is already universally supported by volunteer labor from academics. Because this function costs nothing, publication should cost very little. In the age of the internet, other traditional journal functions like formatting and dissemination have become virtually free.

Universities should be strongly incentivized to support this alternative publication model, since they shoulder a large portion of the current system’s financial burden. They could easily provide servers, information technology resources, and accounting services at a tiny fraction of the cost they are currently paying for journal subscriptions. A more radical proposal is for universities to collectively stop subscribing to closed-access journals. This would force academics to reconstitute new open-access versions of these journals. If done in tandem with university support for open-access platforms, such a move could replace the current publication system without destroying the journals themselves.

Whatever publication model is ultimately adopted, we shouldn’t lose sight of the fact that reforming the current system is about more than just open access; it’s about correcting a complex web of economic, social, and political inequalities. Scientists are providing free labor that benefits extremely profitable corporations. Taxpayers are subsidizing these corporations, effectively shrinking the amount of funding available for research. Universities cannot afford growing subscription fees and may end up raising tuition or reducing the number of journals they subscribe to.(h) This scenario disproportionately affects poorer universities, and scientists at these universities, unable to access research, are disenfranchised from the very enterprise to which they are contributing. Addressing all these problems will not be easy, but we can begin to do so by supporting the creation of cheap open-access alternatives to the existing academic publishing system. 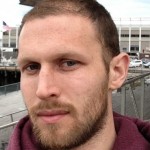 Samuel Gershman is a postdoctoral research fellow in the Department of Brain and Cognitive Sciences at the Massachusetts Institute of Technology. His work focuses on computational models of learning and memory, and he is interested in the extent to which we can understand the brain as performing statistical inference.