Data science increasingly shapes our world, from the news we read to who is selected for a job interview to how long someone is sentenced to prison. As the amount of data we collect and analyze grows exponentially, we are beginning to see concerning consequences: algorithms that reinforce social biases, threats to our privacy, the spread of fake news and even the weaponization of disinformation for use in cyberwarfare.

Our approach to data science so far has treated social and ethical concerns as an afterthought. The “move fast and break things” mindset encourages people to tackle technical challenges first and then focus on the human impact and unintended consequences later (if at all). In recent years, tech companies have started hiring ethicists and social scientists, but they are often siloed from the technical teams and their warnings go unheeded. Facebook whistleblower Frances Haugen revealed that the company failed to act on internal research identifying numerous harms caused by its algorithms, from promoting hate speech around the world to increasing body image issues among teens.

Read the full article at Newsweek.

This article was produced by Footnote in partnership with University of Washington. 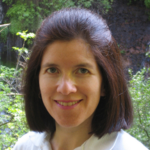 Cecilia Aragon is a professor in the department of Human Centered Design & Engineering (HCDE) and a member of the eScience Institute at the University of Washington, where she directs the Human-Centered Data Science Lab. Her research focuses on human-centered data science, which concerns itself with both the algorithms and the highly interwoven and multifaceted interactions among individuals, society, and technology that are catalyzed by the enormous growth in data that characterizes the current age.