The big economic policy question of the moment is whether the Federal Reserve will announce another round of quantitative easing (QE) after the Federal Open Market Committee (FOMC) meets later this week.

When conventional monetary policy becomes ineffective, central banks often resort to a dose of QE to stimulate the economy. It serves as a tool the Fed can use when the short-term interest rate – its normal mechanism for steering the economy – is already at or near zero.(a) Though considered an unconventional approach, QE has already been enacted twice during the current recession (thus the reason a new round would be referred to as QE3).

Would a new wave of quantitative easing succeed in stimulating the economy? Economists are split on the question, but findings from June’s Duke University/CFO Magazine Global Business Outlook survey of 450 Chief Financial Officers (CFOs) suggest it will not.1 The survey results indicate that small tweaks in the interest rate are not likely to have a measurable impact on private investment, the key driver of economic growth.(b)

Though corporate America is sitting on a vast cash hoard, current non-residential investment is weak.(c) In our June survey, CFOs estimate that nominal capital investment (CAPEX) will grow by only 4.9% over the next year. While this is much better than the negative numbers of 2009, it is not enough to drive meaningful growth. The reasoning behind QE is that by reducing the cost of borrowing, investment will increase. While this logic seems sound, there are at least two reasons why investment will not robustly respond to QE given today’s circumstances.

First, the cost of borrowing is already amazingly low. The yield on Moody’s Baa rated bonds is only 4.9%. On the highest grade bonds, the Aaa rated, yield is only 3.4%. These rates are rock bottom – we have not seen levels like this in 50 years. Yet investment has not responded. It is unlikely that lowering the interest rate a little more will produce any measurable effect.

Our survey found that the average hurdle rate for new investments is 13.5%. That is, firms will not even consider investments unless they have projected returns of at least 13.5% a year. Note that this is sharply higher than their after tax financing costs (a blend of debt and equity financing costs which is probably closer to 6% today).(d) Even the projects that are promising 13.5% returns are not automatically selected for investment. We asked the CFOs in our survey about the probability of taking on a project that ‘fit’ the company’s strategy (management time and financing would be available). The CFOs said there was only a 33% chance the project would be approved in today’s environment.

Given this huge contingency buffer between the cost of financing and expected cash flows, it is hard to fathom how fine tuning the interest rate by a few basis points will spur growth. Indeed, we asked the contra-question in our survey: suppose that your firm just approved an investment project that exceeded the hurdle rate, but unexpectedly, the economy wide interest rates increased by 1% (think of the Baa yield going from 4.8% to 5.8%). What is the chance that you would abandon or delay that approved project? Only a trivial number of CFOs (3.4%) would reconsider their investment. A full one percent increase in rates would have a negligible effect on investment, but this size rate increase would be massive compared the most optimistic impact of further QE.

There is no doubt that if firms pursued all projects that cleared the 13.5% annual returns hurdle this would drive substantial growth – but they are not. There is an extraordinary amount of uncertainty due to a number of known unknowns: a slow moving train wreck in Europe, stubbornly high unemployment in the U.S.,(f) four years of trillion dollar fiscal deficits, Iran and other Mideast hotspots, the stalling of the Chinese growth engine, and the U.S. election.

To understand what stifles investment, we asked the CFOs why projects that exceed the hurdle rate are not pursued. The answers fall into two categories. The first is best summarized by a CFO who wrote that, “we want to maintain a strong cash position in the current economy.” Given the risk, corporate America is playing wait and see. This applies to investment as well as employment decisions. The second is encapsulated by another CFO who wrote us complaining about, “insufficient capital”. That is, even though the firm might have a great project, it can’t get funding from the bank.

These answers suggest that, in corporate America at the moment, there are ‘haves’ and ‘have nots’. The ‘haves’ are cash hoarders who will not pull the trigger on good projects because they are worried about the future and want to conserve cash. The ‘have nots’ are firms that lack cash and can’t get bank loans to finance good projects because the banks want to conserve cash.

Everyone agrees that we need economic growth. Growth puts people back to work and reduces the fiscal deficit. The real issue is how to get growth. Our survey evidence suggests that some small tweak of the interest rate is not the answer. It would be far more effective for our policy makers to pursue an agenda with the goal of reducing policy uncertainty. The patient will best return to health in a stable environment.

Tune in tomorrow, when findings from our most recent CFO survey are released and I’ll have an analysis of what these numbers tell us about QE3 and economic growth… 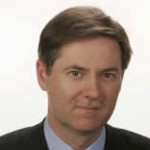