At the United Nations Climate Change Conference (COP26) this month, communities on the front lines of climate change shared how they are being impacted by rising sea levels and extreme weather events. While the push for global action to reduce emissions continues, disaster-prone communities face an expensive decision: Should they spend money on adaptations like seawalls, stilts, storm drains and windproof garage doors to better withstand climate change?

These are the kinds of questions I study as an assistant professor of economics at Arizona State University. There is evidence that preparing for storms can be a wise investment that is less expensive than rebuilding. My research estimated that we have approximately $800 billion worth of storm adaptation infrastructure already in place in the U.S. Assuming incentives for adaptation grow over time to mirror escalating climate threats, adaptation would cut expected storm damage by a third by the end of the century. The overall result, after subtracting out the price of the adaptations, would be an 11 percent reduction in storm-related costs caused by climate change, compared to doing nothing and simply paying to rebuild after each storm.

Read the full article at Newsweek.

This article was produced by Footnote in partnership with Arizona State University’s W.P. Carey School of Business. 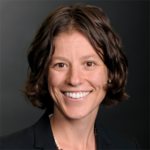 Stephie Fried is an assistant professor in the Department of Economics at Arizona State University and a senior economist at the Federal Reserve Bank of San Francisco. Her research focuses on the effects of climate change and climate policy on the macroeconomy. She is an affiliate of the CESifo research network. Fried received her Ph.D. in economics from the University of California, San Diego and her undergraduate degree in math from Grinnell College.