Dan Ariely, the James B. Duke Professor of Psychology and Behavioral Economics at Duke University, is known for his entertaining TED talks, bestselling books, and provocative research on the psychology behind everyday interactions. He currently provides an academic perspective on topics ranging from awkward silences to fear of squirrels in his Wall Street Journal Q&A column “Ask Ariely.” On top of all these extra-scholastic activities, he manages to be a prolific researcher, having published more than 300 papers on topics like guilt, altruism, and fairness.

Footnote spoke with Dr. Ariely about human irrationality, the social responsibilities that come with being an academic, and the value of a mouse’s life.

You’ve expressed a personal mission to describe research “in plain language.” Where does this goal come from, and where do you see the greatest need for accessible communication of research?

My main motivation comes from my own experience of seeing processes created very badly in hospitals, and seeing all kinds of mistakes.(a) How much of human potential is achieved, and how much of it are we squandering, because of human irrationality? You think about obesity, smoking, texting and driving; you think about how we don’t save money, how we treat each other – and I don’t think it’s bad intentions. We just don’t know what to do. We have bad intuitions.

Explaining physics to people in a better way is wonderful because people can understand it better. In the case of social science, I think it’s actually more important because people can act differently [based on what they learn]. So, all of a sudden, we can get people to actually make different decisions.

You co-founded the firm BEworks to help business and policy leaders learn from behavioral economics and incorporate scientific insights into their operations. Why is a project like BEworks important?

We started BEworks because we understood that, in addition to explaining things, we sometimes need to get into an organization and show them how to do it. You can say, “Oh, I found a great way to help people save money, and I have good proof for it from some studies and experiments,” but how do they do it exactly? How do they negotiate with the lawyers and get the data and integrate it within the company? It’s not enough to just give people a really good idea and have some evidence that it’s working. You have to actually help people implement it, and BEworks is really about that.

As a public intellectual, what role do you think speaking to and writing for mainstream audiences should play in an academic career?

I don’t like the term “public intellectual,” but I do think faculty have some kind of social responsibility. On one hand, academics have a mission to study things, maybe study something very deeply and carefully for 20 years, and only speak up when we’ve finished doing all the research. But I just don’t have the patience for that. I say, okay, we learn something, let’s implement that and let’s see what happens. We learn something new and let’s implement that. I appreciate both approaches, but I think we need more applications [of our research]. We would feel very bad studying biology and never translating anything into medications – social science is the same.

The thing about social science is that people think they know social science. So many times, I sit with companies, and somebody’s trying to create a savings plan or somebody’s trying to get somebody to exercise more, and they start from scratch. They say, “Let’s do a design-thinking kind of an approach, and let’s get some designers in and design a new process.” But why? Why? Hundreds of academic researchers have done hundreds of papers on these topics.(b) Why not take this more seriously and start from what we know already? We’ve studied so many things in such depth and nuance. There are so many creative people out there who are so dedicated to understanding social science, and I just want people to use this research rather than starting from scratch.

You’re known as a fan of clever, creative experiments. What is one of the most ingenious experiments you’ve read about lately?

There was a really wonderful experiment in which they basically asked people how much they would need to get paid to kill a mouse.1 In one condition, it was just individual choice [and people were asked directly if they would allow a mouse to be killed in exchange for 10 euros]. For other people, it was done in the context of a marketplace, so you could negotiate with somebody else over the price of the life of a mouse.(c) The results showed that when it became a part of the marketplace, people paid less for the life of the mouse.

This suggests that when things become part of the marketplace, all of the sudden our morality takes a back seat, and we think about other things and not about our morals. We think about prices and about competition, and consideration for what’s right and wrong is less important. And for me this is a very important experiment because it tells you something about our mindset. When does the moral issue penetrate our thoughts and when doesn’t it, and could it be that markets basically crowd out this aspect? 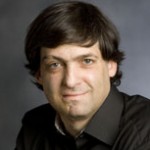 Dan Ariely is a behavioral economist dedicated to helping people live more sensible, rational lives. He is the James B. Duke Professor of Psychology and Behavioral Economics at Duke University. In addition to appointments at Duke's Fuqua School of Business, Center for Cognitive Neuroscience, Department of Economics, and School of Medicine, Dr. Ariely is also the author of several bestselling books. He has a Ph.D. in Business Administration from Duke University's Fuqua School of Business and a Ph.D. in Cognitive Psychology from the University of North Carolina, Chapel Hill.