What caused the conflict in Syria to erupt when it did, pushing citizens from discontent with the regime to outright rebellion?

One possibility is that environmental factors, particularly a long-lasting drought, helped ignite the crisis.(a) Drought affected northeastern Syria (as well as adjacent regions in Turkey and Iraq) from 2006 to 2011 and resulted in widespread food insecurity, malnutrition, internal displacement from agricultural areas, and the creation of shantytowns on the edges of cities. Years of poor rainfall led to farmers, herders, and families losing their entire livelihoods and to widespread incidences of malnutrition, anemia, and nutrition-related diseases, particularly among children.(b)

While periodic drought is a long-standing feature of Middle Eastern environments, concern is rising that man-made climate change intensifies the frequency and duration of droughts.3 Water is the single most important input for agriculture in these arid environments and therefore the pathway through which climate change will likely matter most for human welfare in the region.4 Adverse impacts are already clearly evident in the region, including increased summer and winter average temperatures, shifting rainfall regimes, intensified periods of drought and flooding, and diminished snowpack in mountainous regions.5

Which raises the question: Did the drought in the late 2000s serve as a stressor that triggered the current conflict?

While invoking drought as a destabilizing force in Syria is intuitively appealing, it overlooks the ways political and social structures determine the impact of environmental pressures. When one delves into the details, drought as an external factor recedes and political economy takes center stage.

The inclusion of environmental factors in our understanding of political and social upheaval adds valuable context that was often missing from earlier analyses, but we need to be careful about the kind of causal stories we construct.(c) Invoking climate change as an external stressor is intuitively appealing but analytically inadequate. Ultimately, a society’s vulnerability to environmental stressors is mediated by its social and political institutions, which marginalize some people and privilege others through laws and informal rules regarding ownership and access to resources.

When terms such as ‘stressor’ or ‘threat multiplier’ are applied to drought, shifting rainfall patterns, floods, and other environmental events in the Middle East, they often obscure rather than illuminate the causes of uprisings and political change. There is perhaps no better illustration of this dynamic than Syria, where a closer examination shows that government policy helped construct vulnerability to the effects of the drought during the 2000s. State policies regarding economic development, political control in rural areas, and water management determined how drought impacted the population and how the population, in turn, responded.

If we follow the flow of water, we find that Syria invested heavily in modernizing and expanding its agriculture and irrigation systems over the past half-century.6 Following the dominant global paradigm at the time, they focused on building a centrally managed irrigation network with large dams, surface irrigation systems, and widespread use of pumps to access groundwater. They also expanded the amount of cropped area, specifically through ‘land reclamation’ that converted deserts and arid lands previously used for herding and pasture into irrigated fields. The government also provided implicit and explicit subsidies to encourage agricultural intensification.

As in other countries, this ‘green revolution’ promoted intensive use of groundwater, surfacewater, and agricultural inputs to significantly increase food production.7 Though much of it was portrayed as reducing vulnerability to drought, agricultural expansion premised on large-scale provision of water and inputs proved as unsustainable in Syria as elsewhere.(d) Over-extraction of groundwater reserves and surface water from rivers and soil salinization from inadequate drainage meant much of the area brought under irrigation showed diminishing crop yields. When drought struck, its impact was magnified by these preexisting failures of water management.

Equally damaging was the inability of policymakers to shift course and revise agricultural-water policies or devise schemes to diminish rural insecurity. To understand the regime’s failure to adapt its policies to environmental realities, we must turn to political economy, the study of how those in power structure access to economic resources. 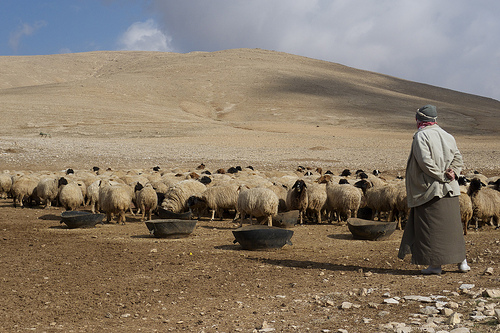 Over the past half-century, the Syrian government and the ruling Ba’ath party gradually shifted from a single party, socialist state pursuing redistributive policies and mass support in the 1960s to a more personalized, patronage-based presidential system by the 2000s.8 From cultivating popular constituencies in rural areas, the regime became more narrowly focused on urban elites, crony capitalists, and a sprawling military-security apparatus.

These general political trends were reflected in the country’s agricultural and water management policy. After the Ba’ath took power in a 1963 military coup, they attempted to build mass support among rural populations by enacting land reform and supporting agricultural development.(e) The government was intensely involved in irrigation and agriculture through state-run cooperatives; large-scale, state-owned water and agricultural projects; subsidies for fertilizer and fuel; and guaranteed prices for agricultural products.6 Rural standards of living increased in the 1960s and 1970s as a result.

The regime’s approach to politics began to shift in the 1990s under President Hafez al-Assad and solidified after Bashar al-Assad inherited the presidency in 2000. To address persistent financial woes, Syria’s leaders focused less on mass support and instead sought to build alliances with a new class of business families by providing them with access to opportunities in industry, tourism, agribusiness, finance, and real estate.(f) Profits became more concentrated and more privatized, in the hands of regime personnel and private families as opposed to state institutions.9

These political shifts produced growing inequality, increasing poverty rates, stagnant employment, and deepening or persistent regional inequalities that were exacerbated by changes to agricultural policy.10 State-owned agricultural projects were privatized and subsidies on fuel and fertilizers were lifted, severely impacting the agricultural sector and rural communities. When drought hit, rural citizens had little power to demand a response, since influence rested in the informal networks linking regime members with high-ranking military and security personnel and business elites.

The regime actually downplayed the extent and impact of the drought and its own role in perpetuating the drought’s damage. Francesca de Chatel, an expert on water resources in the Middle East, writes:

In general, the regime was keen to uphold the image of Syria as a self-sufficient producer of [food] and avoid any closer examination of the deeper causes of the humanitarian and environmental crisis… It severely limited media coverage and sought wherever possible to… portray Syria as a victim of external factors and natural disasters beyond its control.11

Altogether, failures in agricultural policy, neglect of the needs of the rural population, and the desire of the regime to protect its image magnified the impact of the drought. Relief efforts were late and half-hearted, and the regime showed it had neither the capacity nor the will to respond to suffering and displacement of affected rural communities. Because Syria’s leaders treated water as a national security issue surrounded by a “culture of secrecy”, critical debate was inadmissible and the water management system remained corrupt, mismanaged, and inefficient.(g)

Rather than demonstrating that drought caused conflict, the Syrian tragedy highlights the capacity of political systems and economic policies to exacerbate vulnerability to environmental events. Focusing on external factors like climate change understates the responsibility of the former regime as well as then-fashionable development paradigms. It obscures the domestic politics of resource allocation, political exclusion, and accountability, as well as the international consensus that supported the intensification of agriculture and water consumption in arid regions.

The Syrian case also highlights how the policy challenges associated with climate change have long been familiar to Middle East leaders. Before climate change was a commonly employed term, political rulers in the region faced dwindling per capita water resources, desertification, deforestation, soil salinity, and the like. Handling these challenges requires allowing critical internal debate, followed by a capacity to communicate and implement difficult reforms that affect varied domestic constituencies. The ossified presidential regime in Syria, as well as those in Egypt and Tunisia, was unable to foster these kinds of domestic changes.

The Syrian drought shows that the ways in which environmental factors impact human welfare and regime stability depend upon political and economic choices.12 Considerable potential exists to cope with the impact of droughts and man-made climate change. One solution is to implement economic policies that diversify local economies and social policies that secure rather than undermine rural livelihoods. Another is to strengthen international and regional food trading systems to limit price volatility for major cereal crops.13 As the case of Syria demonstrates, it is not simply drought or climate change that triggers revolutions, but political and economic policy choices that worsen environmental problems and undermine local livelihoods. 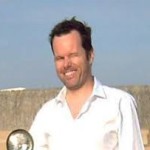 Eckart Woertz is director of the GIGA Institute of Middle East Studies in Hamburg and professor of contemporary Middle East history at the University of Hamburg. Formerly he was a senior research fellow at the Barcelona Centre for International Affairs (CIDOB), a visiting fellow at Princeton University, and director of economic studies at the Gulf Research Center (GRC) in Dubai. His research interests include the political economy of the Middle East and North Africa, energy issues, and food security. 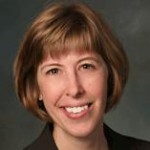 Jeannie Sowers is an Associate Professor of Political Science at the University of New Hampshire. Her research focuses on the intersection of political change and environmental issues in the Middle East and North Africa. She has published on adaptation to climate change and water resources; environmental protest movements; the provision of public goods; and the politics of environmental reform in Egypt. Sowers hold a Ph.D. and M.A. from Princeton University and a B.A. from Harvard University. 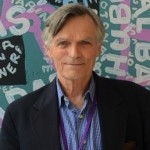 Waterbury was a Professor of Politics and International Affairs at the Woodrow Wilson School at Princeton University from 1978 to 1998 and President of the American University of Beirut from 1998 to 2008. He is currently a Global Professor at NYU Abu Dhabi.