Some people may thrive on drama, but businesses and investors generally don’t. Recent events — from China-U.S. trade tensions to Brexit to protests in France — have introduced new unpredictability, leaving businesses unable to plan for the future and sowing chaos in global markets.

The current global trade regime is built on the principle that a predictable, cooperative, well-regulated system benefits all nations. The WTO and its predecessor, the GATT, have provided the framework for trade negotiations, global trade rules, and dispute resolution since 1947, allowing globalization and international trade to flourish.

Though not without its drawbacks, the WTO has created stability by offering importers, exporters, and international investors the assurance of international market access and security for trade-related investments. While there have always been governments that have objected to WTO rules, and while the WTO’s negotiating power has arguably been weakening since the 1990s, the system has remained intact. But recent events force us to ask if the WTO’s days are now numbered. 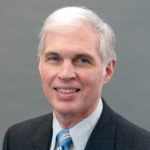 Kent Jones is a Professor of Economics at Babson College and an expert on trade policy and institutional issues, particularly the World Trade Organization and regional trade agreements. He is the author of numerous articles and books, including Who’s Afraid of the WTO? (2004), The Doha Blues: Getting the Trade System Back on Track (2009), and Reconstructing the WTO for the 21st Century (2015). Dr. Jones holds master's degrees from the Fletcher School of Law and Diplomacy at Tufts University and the Graduate Institute of International Studies in Geneva, Switzerland, and received his Ph.D. in international economics from the University of Geneva.