The strength of any economy depends in large part on the strength of its labor force, particularly the presence of skilled labor. Workers with high levels of education and specialized skills and expertise are an essential part of a healthy economy.

Educational opportunities, tax policies, and a variety of other factors all play a role in a state’s ability to develop, attract, and retain skilled workers. Our research evaluates our home state of Rhode Island’s ability to compete with other states in the region by cultivating a skilled labor force. Using data from the U.S. Department of Labor’s Current Population Survey, we examine the characteristics of the state’s labor force and tax policies in comparison to those of its neighbors, Massachusetts and Connecticut.3 The data are from the years 2006 to 2012, thus covering the period before, during, and after the most recent recession.

A Look at Rhode Island’s Population and Labor Force

In recent years, Rhode Island has been experiencing both a flow of residents moving away and a high unemployment rate for those who remain.(a) Between 1991 and 2009, a net total of 10% of Rhode Island’s population – over 100,000 residents – left the state, primarily headed south to places like Florida and North Carolina.4 Migration away from the state resulted in a loss of $1 billion in Rhode Island’s personal income tax base between 2000 and 2010.4

One factor that can play a role in unemployment and earnings is the skill level of a state’s labor force, since less-skilled workers face worse employment prospects. Rhode Island’s workforce is less educated and lower paid than the workforces of its immediate neighbors. The high school and college completion rates of Rhode Island residents are comparable to those in the rest of the United States, but lower than the rates in Connecticut and Massachusetts.(b)

As might be expected given the lower educational level of its workforce, Rhode Island has more workers in lower-paying occupations and fewer workers in higher-paying occupations than Massachusetts and Connecticut. Compared to its neighbors, Rhode Island has a higher portion of its workforce (59%) engaged in occupations with median earnings of less than $40,000 a year; the figure for Connecticut is 56% and for Massachusetts is 53%. The state also has a smaller share of its labor force in high-income occupations such as Management, Business & Finance, Architecture & Engineering, and Computer & Mathematical occupations. In addition, workers in the same occupations generally make less money in Rhode Island than in the other two states.3

The Role of Taxes in Attracting Skilled Workers

In addition to educational and employment opportunities, taxes are also a factor that may influence where people choose to live. How does Rhode Island stack up when it comes to taxes, and might that be playing a role in the fact that it has fewer skilled workers and more low-paying jobs than its neighbors?

At most income levels, individuals face lower tax rates in Rhode Island than in neighboring states (the exceptions are people earning below $10,000 in Connecticut and above $129,900 in Massachusetts).(c) This was not true prior to 2011, when Rhode Island imposed much higher rates on middle- and high-income earners.

In our analysis, we calculated the tax that would be owed on the median salary for each occupational group.5 We found that the estimated tax owed for many occupational groups is lower in Rhode Island than in Massachusetts or Connecticut. This difference results in part from the state’s lower tax rates. However, it is also driven by the fact that workers in the same kinds of occupations often earn less in Rhode Island. The state receives less tax revenue from its residents in part because their wages are lower than workers in comparable occupations in neighboring states.

While lower taxes might theoretically draw people to Rhode Island, rather than Massachusetts or Connecticut, the academic literature does not offer a clear consensus on whether tax rates actually affect where people choose to live. Some studies find that tax rates influence migration from state to state within the U.S.6 If this is the case, lower tax rates, particularly for higher-income brackets, might attract more skilled workers. However, other research indicates that taxes are not a significant factor affecting where people choose to live, and that issues such as employment opportunities and quality of life are much more relevant.7

When it comes to regional competitiveness, Rhode Island lags behind its neighbors in some key ways. The education level of residents – a key measure of a skilled labor force – is lower than that of residents in Massachusetts and Connecticut. Perhaps because of this educational difference, Rhode Island has a greater share of its workforce in lower-paying occupations. Workers also earn less than their counterparts in similar occupational fields in Massachusetts and Connecticut.

Because of these lower wages – and because the state’s tax rates are lower for low- and middle-income brackets – many Rhode Island workers end up paying less in taxes than they might if they were working in a similar occupation in a neighboring state, in which case they might both earn more and pay more in taxes.(d)

Overall, the role tax policy plays in Rhode Island’s ability to attract and retain a skilled labor force is difficult to ascertain. The academic literature is mixed on the question of whether tax rates influence where people choose to live. Research suggests that factors like employment opportunities and quality of life are more salient, and the data show that wages are lower and unemployment is higher in Rhode Island than in neighboring states. Ultimately, when it comes to regional competitiveness, focusing on raising wages and increasing employment opportunities might be more relevant for attracting a skilled labor force than making changes to tax policy. 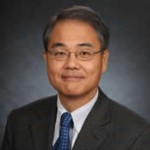 Jongsung Kim is a Professor of Economics at Bryant University. He taught undergraduate and graduate courses at Loyola College in Maryland and Johns Hopkins University (Washington, D.C. program). His research interests include various issues in the labor market, such as gender/race inequality and poverty and the impact of immigration on the U.S. economy.

Dr. Carter is a Professor of Management and has been at Rhode Island College since the fall 2001. Dr. Carter teaches Human Resources, Compensation, Labor Relations, Foundations of Management, Organizational Theory, and Business, Government, and Society.